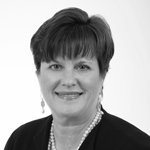 Erin Lunceford is a 31-year trial lawyer who specializes in the defense of healthcare clients in premises and medical malpractice cases. She has tried over 38 jury trials to verdict and handled over 40 appeals, including successfully arguing a case to the Texas Supreme Court in January 2015. In July 2015, Governor Abbott appointed her to fulfill the remaining term as Judge of the 61st District Court in Harris County, Texas. In her 18 months as a judge she presided over 30 jury trials, and was the #2 judge in the number of jury trials in 2016. Also, at the end of her term, she had the lowest number of pending cases of all the 24 Civil District Judges in Harris County. As a former Judge, Erin has also developed a Mediation/Arbitration practice and has mediated over 75 cases to date in a wide variety of areas.  She has also served as a Fair Hearing Officer for numerous Peer Review Cases, testified as an expert witness on attorneys' fees, and conducted multiple arbitrations of business and consumer disputes.

While in law school, Erin was honored as a member of the Honor Court. She graduated in the top 20% of her class.