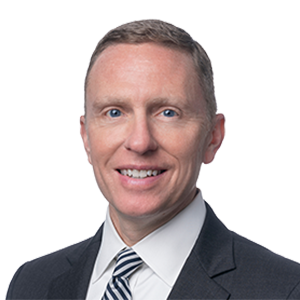 Victor J. Domen, Jr., a government antitrust investigations and prosecutions lawyer, is a partner in the Washington, DC office. As a former enforcer himself, Vic has a unique perspective into the priorities of government agencies as well as the challenges clients may encounter. Regarded as a top-three US antitrust enforcer, Vic previously worked for the Tennessee Attorney General's Office, where he served as its senior antitrust counsel. For nearly 20 years, Vic was the lead lawyer in the investigation and prosecution of federal and state antitrust matters brought on behalf of the State of Tennessee.

As the immediate past chair of the National Association of Attorneys General (NAAG) Multistate Antitrust Task Force, Vic organized and often led the antitrust investigation and litigation efforts of state attorneys general. He coordinated antitrust enforcement efforts with officials at the Antitrust Division of the US Department of Justice, Federal Trade Commission (FTC) and international antitrust enforcement agencies.

Vic has reviewed and investigated hundreds of nonprofit mergers, dissolutions and sales of assets with a special focus on hospital and healthcare transactions.

In addition, Vic has extensive experience in the nonprofit sector. He has reviewed and investigated hundreds of nonprofit mergers, dissolutions and sales of assets with a special focus on hospital and healthcare transactions, including Tennessee's granting of a Certificate of Public Advantage (COPA) to Ballad Health. He was also a key drafter of Tennessee's current Nonprofit Act (2015) governing the activities of nonprofit entities in the state.

Vic is admitted to Practice in all Tennessee State Courts, the U.S. Supreme Court, U.S. Courts of Appeal for the Sixth Circuit and DC Circuit, U.S. District Courts for the Eastern, Middle and Western Districts of Tennessee and the District of Columbia.

Vic is not licensed in the District of Columbia. His application for admission to the DC bar is pending, and he is practicing under the direct supervision of an enrolled, active member of the DC bar who takes responsibility for the quality of his work.

US: Why so serious? Federal and state enforcers’ appetite for the healthcare sector hasn’t slowed in the least