It is a feature of the shipping industry that creditors with a maritime claim can, relatively easily, secure their claims by arresting a ship. One of the factors that determines whether or not a creditor will want to arrest a ship in a particular jurisdiction is the risk of liability for a wrongful arrest should the underlying claim ultimately fail, and the requirement to put up security for such a claim.

Recently, the English Court of Appeal considered whether or not to require an undertaking to pay such damages (known as a “cross-undertaking in damages” to maintain a ship arrest). This would invert the traditional position of English law, whereby arrest is available as of right and damages for wrongful arrest are limited to behaviour that is either grossly negligent or in bad faith.

In this update, we examine the issues raised in Stallion Eight Shipping Co. S.A. v Natwest Markets Plc and the arrest of MV Alkyon. We not only consider how this could affect ship owners and financiers, as in this case, but claims against ships and ship owners more generally. Due to the global nature of maritime law, the decision will likely have consequences not just in England but in many jurisdictions where ship arrest is available and the question of whether or not to require cross-security in the case of ship arrest by the arresting party arises.

Firstly, the judgment confirmed the traditional position of English law that a ship arrest is available as of right, and neither it, nor its maintenance may be contingent on the arresting party giving a cross-undertaking in damages should the underlying cause of action fail.

Secondly, the Court of Appeal upheld the rule from The Evangelismos that has prevailed for over a century: damages are not recoverable for wrongful arrest unless the arrest was made in bad faith or due to gross negligence.

The case involved a disputed loan agreement between the ship’s owners, Stallion Eight Shipping Co. S.A. (the Owners), and its financiers Natwest Markets (then known as the Royal Bank of Scotland, the Bank). The loan was secured by a mortgage over the Owners’ only vessel, the MV Alkyon, which the Bank claimed was worth less than the value required as security according to the VTL ratio. The Owners refused the Bank’s demand for extra security and disputed the Bank’s valuation. In response, the Bank issued a “Notice of Acceleration” and had the vessel arrested on June 26, 2018. The Owners applied for the vessel to be released and sought that the bank provide a cross-undertaking in damages should the arrest turn out to be wrongful. Justice Teare at first instance denied the Owners’ application and the arrest was maintained without requiring the Bank to provide a cross-undertaking. The Owners appealed.

The current position at law

The entitlement to arrest as a matter of English law comes from the Senior Courts Act 1981 (section 20(2)) and the process is dealt with under the English Court’s procedural rules (CPRs). If the statutory requirements are met, the claimant is entitled to issue the warrant. There is no scope to require the provision of cross-security to obtain an arrest, reflecting the longstanding position.

By contrast, the power of the Court to release a vessel is discretionary and usually reserved for circumstances where security is provided in place of the arrested ship, or where there is an abuse of process by the arresting party. The Court noted in The Bazias 3 and The Bazias 4 that release from arrest without security for any other reason would be unprecedented.

In cases where the cause of action underlying the arrest ultimately fails or is withdrawn, the test for damages for that arrest is whether the arresting party has acted in bad faith or with gross negligence.

The Owners submitted that the justification of the traditional operation of ship arrest was anachronistic, and its contemporary application generated injustice. Originally, arrest served the dual function of asserting the Admiralty Court’s jurisdiction whilst separately guaranteeing security for claims. However, the introduction of the writs of summons have rendered the former redundant. If the latter function is all that remains, the Owners questioned why the rules surrounding counter-security for arrests should be different from those that govern the granting of freezing injunctions. In other words, if one must provide a cross-undertaking in damages to freeze another’s assets, why should the position be the reverse if one wants to freeze another’s ship?

The Owners further argued that they were a single-ship company, unable to raise the capital required for release. Arrest of their primary asset functionally meant freezing the entirety of their business, generating urgent solvency concerns. Even a ruling in their favour regarding the loan agreement would not mean that the damage done in the interim could be recovered. Thus, if a similar test were applied as for freezing injunctions, the prejudice to the Bank would be minimal compared to the extreme injustice that would befall the Owners. Owners submitted that even if counter-security is not required as a general rule, it should exist as an option available to the Court in special circumstances.

The Court of Appeal held Teare J had not erred in the use of his discretion, and highlighted a number of issues with departing from the established position.

Firstly, it is difficult to define “wrongful arrest” for the purposes of damages. The Court quoted Professor Martin Davies of the Tulane School of Maritime Law and Consultant to Norton Rose Fulbright, who questioned whether it is reasonable to deem every in rem claim that ultimately fails as a wrongful arrest, when the final outcome may have turned on issues of law unresolved at the time, or facts of which parties were not aware.

The Court concurred with Professor Davies’ prediction that requiring a cross-undertaking in damages so early in proceedings would make the stakes of any in rem action “vertiginously high” and discourage all but the most certain claims, or those from the best-resourced claimants. The reversal would “tip the balance so far in favour of the defendant ship-owner that only the very largest or most obvious of deserving claims would ever be brought”.

Secondly, the analogy to freezing orders was held to be inappropriate when applied to admiralty arrests. Unlike freezing orders, which affected an entire business, ship arrests were asset-specific and thus much less invasive. The Court used Professor Davies’ logic, holding that “the potentially high costs of actual arrest are usually borne only by ship-owners ‘who are, or are soon to be, insolvent’ – but that is the very kind of case where the claimant’s interests are ‘most in need of protection’”. Instead, the Court preferred the analogy between wrongful arrest and malicious prosecution.

Thirdly, the Court noted it is important to be cautious before “hindering access to an admiralty arrest” as it is the chief distinguishing feature of the jurisdiction. Although the Court agreed that the original rationale of the maritime arrest could no longer justify it, preserving the current status of the admiralty arrest no longer rests on the distinctive features of its origin. Indeed, the dual functions of arrest have been decoupled for over a century and this has never before been seen as a sufficient reason to invert the practice of arrests.

Finally, the Court noted that there seems to be “no, or no significant, pressure from the maritime industry for a change in the balance struck for so long” between owners and potential claimants. In an industry where many players are operating according to established practice, there seems no expediency in undermining commercial expectations. This is especially true given commercial arrangements are routinely available to mitigate the effect of arrest in the form of P&I clubs and hull underwriters who give undertakings to secure release.

Though the Court held it would have been open to Teare J to exercise his discretion in a manner that broke from the established position, they declined to find that he had exercised his discretion improperly. They concurred with his reasoning on almost every point except his belief that such a radical change to Admiralty practice was the proper domain of Parliament rather than the Courts.

The Court acknowledged that current practice has the potential to create injustice in certain circumstances. Nevertheless, the current commercial framework surrounding arrest was found to be practical and justly balanced, especially judging by the remarkably few arrests that occur and the even lower number of court-ordered sales following such arrests. Rebalancing the dynamic between claimant and owner by requiring a cross-undertaking in damages would simply create an injustice of a different sort in favour of the latter party, and one the court ultimately believed to be of greater magnitude.

The judgment made extensive reference to the position in Commonwealth jurisdictions that had inherited maritime arrest via the English common law, and have considered at various times the question of changing the practice of arrest. For example, in Australia, Canada, and other jurisdictions, there is no requirement for a maritime claimant on an action in rem to provide counter security. The case locates itself in a rich history of case law spanning across jurisdictions. The Court concurred with the decision of the Hong Kong Court of Appeal in The Maule that the rules governing damages for wrongful arrest should not overturn the test from The Evangelismos. Similarly, the Court approved of the Canadian decision in the case of Armada Lines in which the Supreme Court refused to award damages for arrest merely because a claim failed. The Singaporean case of The Vasiliy Golovnin also confirmed the consensus position internationally.

The decision in The Alkyon invites a number of conclusions of interest to those involved in maritime commerce.

Firstly, owners of ships whose solvency depends on operating all their assets simultaneously must proceed in the knowledge that access to arrest as of right persists, and structure their business to mitigate against this risk.

Secondly, if single-ship owners are to make an application for release that hinges on their inability to raise further capital, they must be able to positively demonstrate that fact. Though this is by no means a silver bullet, the Court of Appeal noted there was little imperative to depart from established practice that the arrested party pay into Court in situations where the arrested party could not themselves demonstrate an inability to raise that capital. The Owners merely being a single-ship company was not enough to discharge this threshold burden.

Thirdly, ship owners should be careful to ensure that their insurance policies cover as many contingencies that may result in arrest as possible. In The Alkyon, the fact that the owner’s policy did not cover disputes arising from the loan agreement meant that the insurer did not pay into Court (or provide other security) to have the vessel released, as is standard practice. If there are certain risks that may lead to arrest for which insurance cannot be obtained, owners should identify these ahead of time and take other steps to mitigate the chance of those circumstances arising. 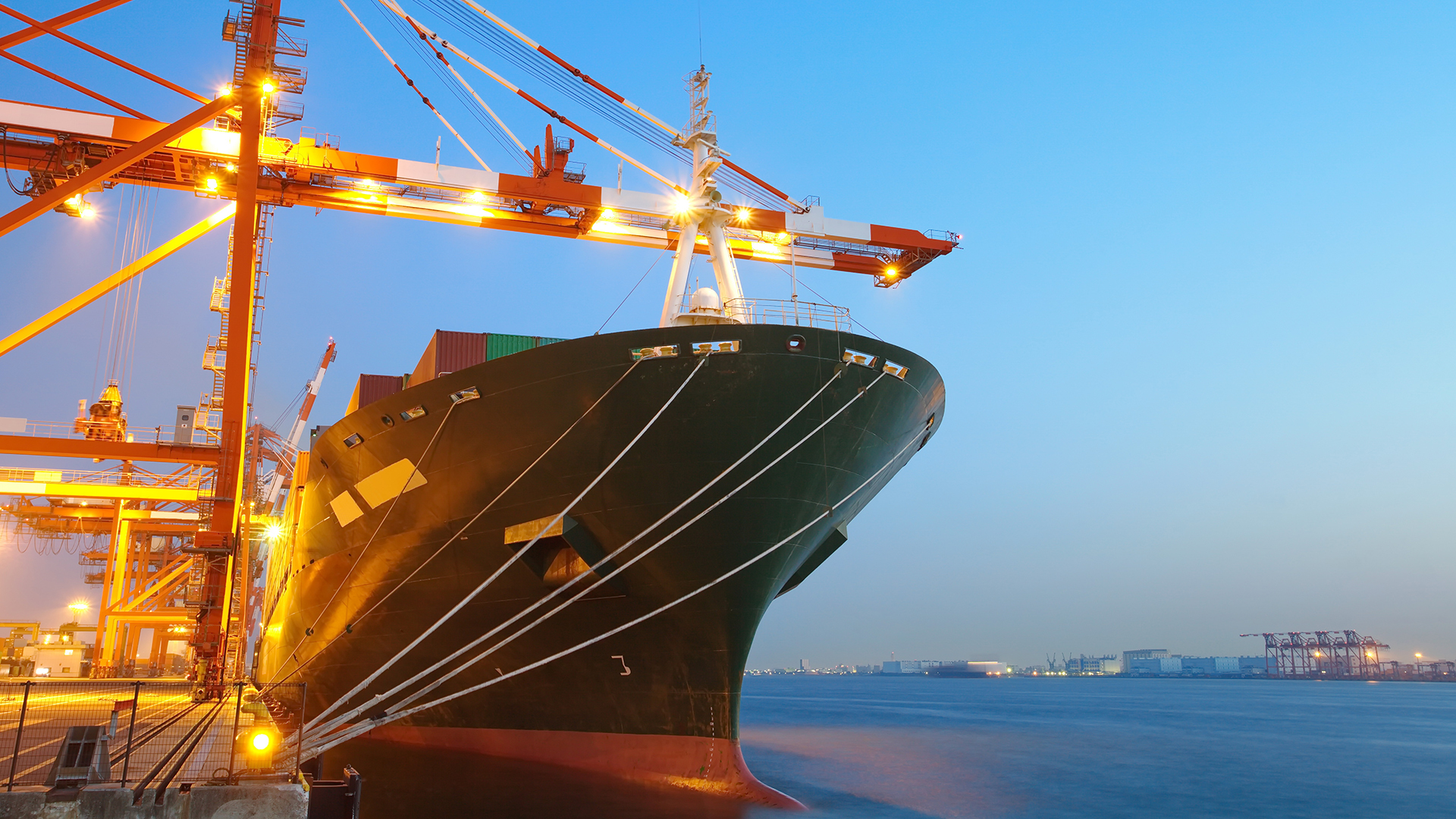