On 6 September 2022, the European Commission (EC or the Commission) prohibited Illumina’s acquisition of Grail, bringing to an end the administrative stage of a legal saga that has attracted interest beyond competition law specialists. The Commission’s decision follows the recent ruling by an Administrative Law Judge rejecting the U.S. Federal Trade Commission (FTC)'s challenge to the transaction1. According to the EC, the transaction would hinder innovation and reduce choice in the emerging market for early stage blood-based cancer detection tests. The EC also found that Illumina’s proposed remedies would be insufficient to address its concerns. Illumina has stated its intension to appeal the Commission’s decision, and the FTC has indicated its intention to appeal the Administrative Law Judge’s ruling.

The EC’s decision has several features that make it unusual and which should be noted for future transactions, particularly in the tech, pharma and other innovative sectors:

On 19 April 2021, the Commission accepted a referral request, under Article 22 EUMR, from the French NCA (subsequently joined by five other NCAs)3. The transaction did not meet the EUMR turnover thresholds and did not fall within the jurisdiction of any individual Member State. Considering the referral request, the EC found that the transaction could affect trade within the single market and threaten to significantly affect competition within France. The Commission took jurisdiction, concluding that Grail's (lack of) EU turnover did not reflect its competitive significance.

On 16 June 2021, the transaction was notified to the EC and, on 22 July 2021, an in-depth investigation was opened. On 18 August 2021, while the EC's review was still ongoing, Illumina announced that it had completed the acquisition. This led the Commission to adopt interim measures, on 29 October 2021, to restore and maintain the conditions of effective competition, and to open an investigation to determine whether Illumina was in breach of the so-called ‘standstill obligation’ under the EUMR, on 20 August 20214. On 13 July 2022, following Illumina’s appeal regarding the EC’s decision to accept the referral, the General Court (GC) judgment confirmed the Commission’s jurisdiction5. Illumina has already announced its intention to appeal the GC’s judgment to the European Court of Justice.

The EC found that the merger would give Illumina the ability and incentive to cut off Grail's rivals from accessing its Next-Generation Sequencer (NGS) technology (or otherwise disadvantage them), having a significant detrimental effect on competition in developing and marketing NGS-based cancer detection tests in the EEA.

Competition concerns
The EC found that Grail and its competitors are currently engaged in an innovation race to develop and commercialize early stage blood-based cancer detection tests, and that protecting this competition is crucial to ensuring that early stage blood-based cancer detection tests with different features and prices are launched on the market. The Commission found that, if it had approved the merger, Illumina would have been able to foreclose Grail's rivals. Grail and the other test developers rely on Illumina's NGS systems to develop and run their tests. Currently, only Illumina's equipment meets the requirements for such tests, and there are no credible alternatives to Illumina in the short-medium term. This finding is in stark contrast to the CMA’s finding in 20196, namely that Illumina competes with a number of other NGS system providers7.


The EC also found that there are significant barriers to entry, in particular due to the risk of intellectual property (IP) litigation, the need for Grail's rivals to be able to offer tests that can be run on an installed base of NGS instruments in third-party laboratories that can compete with Illumina's ongoing innovation, are a developed and stable technology, and provide reliable support services. Moreover, being forced to switch NGS system providers would be a long and costly process for Grail's rivals, without any guarantee of success.

The EC also took the view that Illumina would have had clear incentives to foreclose Grail's rivals. The NGS-based early stage blood-based cancer detection testing market is expected to expand rapidly and become highly lucrative. Given the enormous market potential and the ongoing innovation competition in the development of early stage blood-based cancer detection tests, the EC found that Illumina would have an incentive to foreclose Grail's rivals now, even if it would benefit from that only in the future.
Illumina's proposed remedies

Illumina offered remedies to address these concerns. However, the Commission concluded they did not adequately address its concerns in a way that would have preserved competition on a lasting basis and prevented harm to innovation. According to the EC, the remedies did not entirely remove Illumina's ability or incentives to foreclose Grail's rivals, and would have not prevented the transaction's detrimental effect on competition. In particular, Illumina proposed to:

The EC concluded that these commitments were unlikely to be effective in practice, as they did not effectively address all of the possible foreclosure strategies that Illumina could undertake. For example, Illumina could foreclose Grail's rivals by degrading the technical support for its NGS systems. Additionally, Illumina could easily circumvent its obligations under the commitments, and grant preferential treatment to Grail. Finally, monitoring these commitments would have been difficult because of their complexity and the fact that Grail's rivals would have difficulty detecting breaches.

In her speech of 6 September 20228, the Commission’s Executive Vice-President Commissioner Vestager, affirmed that the investigation into alleged ‘gun-jumping’9  by Illumina and Grail is ongoing. If the Commission concludes the transaction was implemented in breach of the EUMR, it could impose fines of up to 10% of each companies’ annual worldwide turnover. In the meantime, the interim measures adopted last year will continue to apply, and additional interim measures will likely be needed to cover the time before the transaction is unwound.

Executive Vice-President Vestager announced that the EC intends to issue a separate decision ordering the transaction to be unwound, to restore Grail’s independence in the early stage blood-based cancer detection test market in a manner that preserves competition for the benefit of EU consumers.

Illumina has announced that intends to appeal the Commission’s prohibition decision, as it continues to pursue its ongoing appeal regarding jurisdiction and interim measures. It is also likely that Illumina will appeal any decision ordering the transaction to be unwound (and any decision regarding further interim measures).

2The Commission initially used the innovation theory of harm in the 2017 Dow/DuPont, M.7932 merger case.

4‘Standstill obligation’ consists into an obligation not to implement a concentration until the competent competition authority has cleared the transaction.

8European Commission, Remarks by Executive Vice-President Vestager on the Commission decision to prohibit the acquisition of GRAIL by Illumina. Link, accessed on 6 September 2022.

9‘Gun-jumping’ occurs when parties to a concentration fail to notify it to the competent competition authorities when merger thresholds are triggered, and when they implement a notifiable transaction without observing mandatory applicable waiting period and/or clearance requirements under relevant merger control laws. 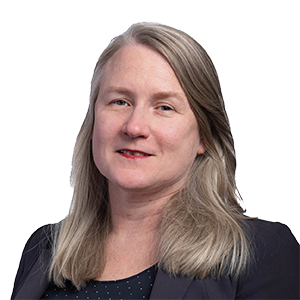 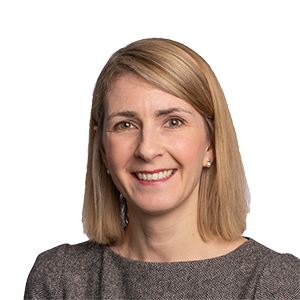