The Mexican ISO, CENACE (Centro Nacional de Control de Energía), sent a resolution to generators on May 1 suspending all pre-operative tests for wind and solar power plants, ostensibly to preserve the safety and reliability of the grid during the low-demand period caused by the COVID-19 pandemic.

The suspension took effect on May 3, 2020, and will remain in place until May 30, 2020, or a later date should the Mexican government extend the health emergency declared in the country.

Mexican law requires that pre-operative tests be conducted by CENACE before a large-scale power plant becomes fully operational. The resolution affects mainly wind and solar power projects that have not achieved commercial operations.

It also provides that certain power plants will be registered as "must-run" units to help with voltage regulation. These units are mainly older thermal units belonging to the CFE (Comisión Federal de Electricidad) that use heavy fuel oil supplied at no or marginal cost by Petróleos Mexicanos (PEMEX).

CENACE's resolution follows a series of attempts by the Mexican federal government to hamper renewable energy generation and disfavor private-sector participation in the Mexican electricity sector.

There are significant flaws in CENACE's resolution.

First, the resolution lacks a proper legal basis. The entity with authority to issue this type of general resolution to suspend operations to preserve the continuity and reliability of the electric supply is the Energy Regulatory Commission (Comisión Reguladora de Energía), not CENACE.

Second, as noted, the resolution violates the economic dispatch rules and the principles of open and non-discriminatory access to the grid. It prioritizes the dispatch of certain power plants over others. It prevents wind and solar power plants from fully connecting to the grid and achieving commercial operations.

Third, many of the events cited by CENACE as reasons to issue the resolution are unrelated to the pandemic and even less to wind and solar power projects. CENACE argues that grid reliability and operation are compromised as a result of low demand due to the pandemic. To support its arguments, CENACE cited specific events that it said point to grid operational problems. Many of these circumstances are either isolated events or the result of pre-existing conditions on the grid. The lack of investment in transmission infrastructure has worsened grid' reliability. In the past, these conditions have led to power plant curtailments and blackouts in northwestern and southeastern Mexico. After canceling two major transmission line projects in 2019, CFE and the federal government have not announced a plan to invest in rebuilding Mexico's insufficient transmission infrastructure.

Fourth, the resolution unnecessarily discriminates among technologies. It singles out wind and solar power projects as the main source of grid malfunctions. CENACE alleges that wind and solar power plants have saturated the grid in some areas leading to congestion. Until 2018, conventional power accounted for 77 percent of Mexico's power generation matrix, and congestion has been an issue for years.

Current oil market conditions, together with Mexico's lack of oil-storage infrastructure, have led to an oversupply of oil. Because Mexico is unable to sell its heavy fuel oil in international markets, the federal government reactivated CFE's fuel oil-fired power plants in many regions over the course of 2019 and is supplying them with PEMEX's left-over fuel oil from its refineries.

The power plants that CENACE plans to register as must-run units to help with voltage regulation are, presumably, CFE's fuel-oil-fired power plants, leading to displacement of power plants with lower operating costs and with less impact on the environment. These actions potentially create dispatch restrictions on other renewable plants already in operation, leading to market distortions.

Finally, the scope of the resolution is unclear and could be overreaching. The health emergency is set to end on May 30, 2020, but the federal government may extend it, thus creating uncertainty for renewable generators.

Market participants are positioning themselves to challenge CENACE's resolution before the Energy Regulatory Commission and the courts. 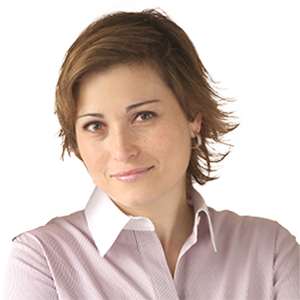 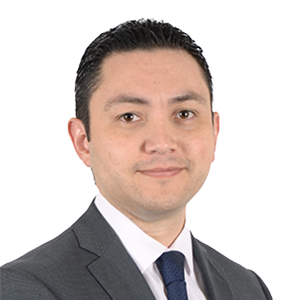