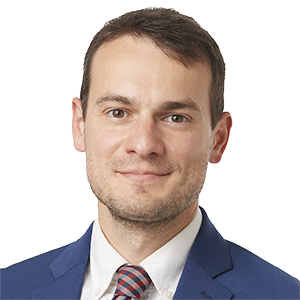 Nathan Jones is an associate on the dispute resolution and litigation team, practising general civil and commercial litigation. He assists clients and senior lawyers on a variety of civil matters, including claims involving breach of contract, negligence, property disputes, and insolvency matters. Nathan has appeared before the Residential Tenancy Board and the Provincial Court of British Columbia.

During law school, Nathan spent a semester as a case worker at Parkdale Community Legal Services in Toronto. In that role, he appeared before the Ontario Social Benefits Tribunal and the Criminal Injuries Compensation Board. In his third year of law school, he was awarded the McCarthy Tétrault Prize as the student standing in second overall in his class.