Businesses already operating in Papua New Guinea (PNG) or considering investing in the country would be aware that the PNG Government has stated its intention to promote the growth of micro, small and medium-sized enterprises (MSMEs).

Before looking at the IPA Amendment itself, it is worth noting that the IPA Amendment effectively replaces the proposed Foreign Investment Regulatory Authority Bill 2018 (FIRA Bill) which was put before the PNG Parliament in February 2019, but then withdrawn. The FIRA Bill would have substantially changed the regulatory framework for foreign investment in PNG, and attracted substantial criticism regarding:

Features of the FIRA Bill that attracted most comment, such as:

General comments on the IPA Amendment

The IPA Amendment tries to achieve more of a balance between promoting MSMEs and the encouragement of foreign investment, and it draws back from the more extreme aspects of the FIRA Bill. However, the PNG Government’s primary aim remains encouraging the promotion of MSMEs and the IPA Amendment proposals should be read against that background.

While there are a number of positive aspects to the IPA Amendment (its promise of quicker and more transparent processing of applications for foreign investment certificates is certainly welcome), much of the real detail of how the new system will operate will be in Regulations that are not yet drafted. It is possible that some of the elements of the FIRA Bill that attracted criticism could be resurrected in those Regulations.

If the IPA Amendment as proposed became law, and assuming that the FIRA Bill is not reintroduced, major changes to the existing foreign investment regulation system would include:

Introducing “restricted” activities and a rethink of the “reserved” activity list

A change to the definition of “carrying on business”

What do I need to do now?

The IPA has invited public comment on the IPA Amendment, although it has imposed a very short deadline of 29 March 2019 for the receipt of comments.

If you wish to learn more about the proposed IPA Amendment or if you have any questions about it will affect your business (if it becomes law) please contact: 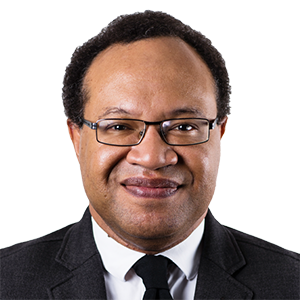