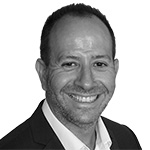 Eran Chvika is a banking lawyer based in Paris. He focuses on structured finance, acquisition finance, real estate finance and multi-sourced energy project financings in France and French-speaking Africa. He has more than 10 years of experience advising banks, international finance institutions, sponsors as well as investment funds on a wide range of domestic and cross-border complex financing transactions. Eran’s experience extends to reserve based lending transactions where he advises banks and oil & gas companies acting in the upstream sector.

He received an LL.M. degree from the Harvard Law School as well as a Ph.D. and a Master II in business law from the Panthéon-Assas (Paris II) University where he read business law several years. He was admitted to the Paris Bar in 2005.

A native French speaker, Eran is fluent in English.