Argentina is the third largest power market in Latin America. The Argentinian power landscape is still dominated by fossil fuels, which, according to the International Energy Agency, represent 87 per cent of the total energy mix. Until 2010, Argentina was a power exporting country. However, increased consumption combined with a steady decline in the development of new power projects and a decline in the extraction of natural gas have meant that Argentina now imports power (and natural gas for thermal power plants) from neighbouring countries.

Argentina is facing a significant power deficit which has triggered various ambitious Government initiatives to install additional capacity in the short and medium terms. One of these is the RenovAr programme to develop Argentina’s renewable energy sector.

Argentina has committed itself to 20 per cent renewable energy generation by 2025, representing 10 GW of additional capacity.

In October 2015, Argentina issued Law No. 27,191 (an amendment to Law No. 26,190) which is the framework legislation supporting the RenovAr programme.

The new Law sets out the basis for the national utility company CAMMESA to hold auctions for independent power projects, to make allocations for different technologies and geographic locations in those auctions and set the terms of the Power Purchase Agreements (PPAs) to be entered into by successful bidders with CAMMESA.

The new Law also established the basis for the creation of a Renewable Energy Trust Fund (FODER). FODER is to be mainly financed by the National Treasury, and will support the renewable energy programme and, importantly, provide guarantees for certain payments under those PPAs (described further below).

RenovAr started its first round auction in May 2016 with an auction to add 1,000MW of renewable energy to the grid, comprising 600MW of wind, 300MW of solar, 65MW of biomass, 20MW from small dams and 15MW from biogas. Each project will need to be built in no more than 24 months after the execution of the PPA. Investment between US$1.5 and US$2 billion is expected for the first round of projects.

The Government announced that it will carry out at least one of these auctions each year for the next 10 years, in line with its goal of installing 10GW of renewable energy by 2025.

This first auction round was approximately six times oversubscribed, leading to speculation that the Government might increase the 1,000MW capacity on offer in this first round or accelerate a second auction round. From recent discussions with Sebastian Kind (Undersecretary of Renewable Energy of Argentina) it was clear that these measures were being considered, together with other key factors like ensuring that there is adequate funding available for the FODER and sufficient grid capacity to do this.

It was announced on September 30, 2016 that of the 123 bids submitted in the first round, 105 bids (representing 5,209MW of proposed capacity) satisfied the technical criteria and qualified to go forward for economic assessment on the basis of price and some other economic factors: the main assessment criterion was the electricity price offered, but in addition, local content and geographic location of the project were also determining factors (local content was not a mandatory requirement for bids, but may have been a deciding factor where competing bid prices were the same).

Having completed the economic evaluation, on October 10, 2016 the Government announced the final results of the tender awarding just over 1,100MW of wind, solar and biogas. Only 1.2MW of biogas was awarded with wind and solar projects taking most of the quota for this first tender. Government officials stated that given the strong interest received for this auction they decided to raise the amount of solar and wind by allowing the auction to award 1,100MW instead of the initial 1,000 MW envisaged.

Out of the 1,100MW of long term PPAs awarded, 12 were for wind projects, 4 for solar projects and 1 for biogas. The PPAs are expected to be signed within 45 days after the award. For a detailed list of the winning projects please see Annex 1 below.

With the announcements made on 10 October, the Government also said it will hold a second stage tender by the end of November in order to award a further 400MW of wind and 200MW of solar.

The PPAs to be awarded under the first round of RenovAr will have a duration of up to 20 years and will have CAMMESA as the offtaker. Payments will be in Argentine pesos, but calculated at day ahead US dollar rates.

The FODER will provide guarantees in respect of certain PPA payments: it will support PPA energy payments of up to 12 months and also termination payments under the PPA. These termination payments are, in the first instance, to be supported by Treasury Notes from the Argentine State, and in turn these are to be backed by a World Bank guarantee.

The draft PPA issued with the tender documents has a number of key points that will need careful evaluation in order to finance a project, especially if the developer is seeking non-recourse, long term project financing. These key points include the following:

Clearly, those developers that are relying solely on balance sheet funding in this first round will have a different perspective from those seeking to attract international equity investment or long term debt, and we would expect the amount of renegotiation of the PPA terms sought by developers to be influenced accordingly.

While it is not clear how much renegotiation will be permitted, one positive factor is the extent to which Government appeared to listen to the concerns of developers and financiers in relation to the discussion of the initial draft of the PPA that was issued. Examples include changes made in relation to assignment of the PPA, the inclusion of lender step-in rights, the mechanics around pricing (by reference to day ahead dollar exchange rates) and the dispute resolution provisions (changed from local courts to arbitration).

As mentioned above, the projects awarded under RenovAr’s first round will need to be built within 24 months after the execution of the PPA. From discussions that we have had, this timetable may prove challenging for some project developers (we understand that, at least at the time of bid submission, some developers had not chosen their turbine supplier or secured financing).

On the Government and public authority side, the two year period will also need to be carefully observed. Projects will clearly require adequate access to the grid in order to come online in time. While general indications are that there is sufficient grid capacity to support this first round and a good deal of a second one, in some cases grid improvements will need to be made in parallel with the project construction.

In the longer term there may well also be opportunities in relation to transmission and distribution development in Argentina.

Since the default of the Argentinian Government in 2001 in relation to sovereign bonds, Argentina has found it difficult to attract international investment.

That said, China has emerged as a willing financier with the China Development Bank as an active player in renewable energy projects in Argentina. Whilst Chinese banks can offer competitive interest rates and willingness to finance projects in Argentina, the money typically also comes with conditions, such as the use of Chinese equipment and contractors.

The country’s relatively high cost of debt, and low availability of local and foreign capital, make it difficult for project developers to secure financing.

The current administration under President Macri has sought to set out a clear path to change foreign investors’ views on Argentina. The Government has initiated negotiations to improve the country’s credit rating: S&P was one of the first agencies to react to Macri’s policies by raising the country’s rating from CCC+ to B- in March 2016.

The creation of the FODER and ultimate World Bank backing is similarly an effort by the administration to make the renewable regime attractive to international investors.

While there are local commercial lenders, debt has tended to be on a relatively short term basis and on a corporate rather than project finance basis. It appears that going forward there will certainly be a key role for development banks and multilaterals to play, and to lead the way in attracting longer term commercial debt. Historically, power prices in Argentina (both gas and electricity) have been heavily subsidised. While the current administration is trying to address this issue, it remains an important part of the market and a backdrop to the development of independent power projects.

In parallel with the auction process for CAMMESA – PPAs, there has also been much discussion about the role of private PPAs going forward, under which an independent developer would enter into a long term PPA with a major corporate as an offtaker. Although further regulation (currently in progress) would be needed to support these, private PPAs are seen by some as an attractive method of removing a significant portion of “Argentina country risk” and replacing it with the balance sheet of a major, possibly international, corporate entity. Private PPAs could also enable some of the many unsuccessful bidders from this first round to develop their projects. From the perspective of a corporate offtaker, such an arrangement can be very attractive in terms of secure and predictable long-term energy supply (as well as offering carbon related and CSR benefits). While energy prices remain subsidised to the current extent, however, this acts as a disincentive to private PPAs.

Source: Ministry of Energy and Mining, Government of Argentina 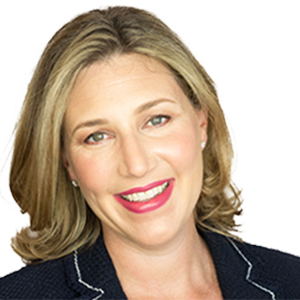