On September 18, 2018, the Dutch Government published its 2019 Tax Plan and related tax proposals for the coming years (2019 Tax Plan) – a proposal of law that provides tax law adjustments applicable as of January 1, 2019. In this update, we summarise the key changes applicable to international businesses.

The following aspects of the 2019 Tax Plan will be discussed

The Dutch corporate income tax rates will be gradually reduced as follows:

The carry-forward period for Dutch corporate income tax losses will be reduced from nine to six years. The loss carry-back period will remain one year.

ATAD1 is part of the Anti-Tax Avoidance Package initiated by the European Commission. It contains five minimum anti-abuse measures which all EU Member States should apply against common forms of aggressive tax planning (i) an earnings stripping rule, (ii) an exit taxation rule (iii) a controlled foreign company (CFC) rule, and (iv) a general anti abuse rule (GAAR). The Netherlands is of the opinion that its current tax regime already provides for a sufficient effective general abuse of law doctrine and that only marginal changes to the existing exit taxation rules are required. Hence the implementation of ATAD1 for the Netherlands is limited to the introduction of the earnings stripping and CFC.

Earnings stripping rule: A new interest deduction limitation will be implemented in the form of an earnings stripping rule. This rule makes excess interest expenses (i.e. the balance of interest income and interest expenses) only deductible up to 30 per cent of the corrected Dutch taxable profit. Although, ATAD1 provided for the possibility of certain mitigating provision, the Netherlands has elected not to implement these. Hence there will be no mitigating provision for groups of companies, banks, insurance companies and no grandfathering for existing loans. A separate proposal will be published to mitigate the effect of the earnings stripping rule for PPP infrastructure projects. In addition, the Netherlands will only introduce a limited threshold of €1 million, compared to a threshold of €3 million prescribed by ATAD1. The already existing interest deduction limitation for acquisition holding companies, excessive subsidiary debt financing and the denial of carry forward for holding company losses will be abolished in connection with the implementation of the earnings stripping rule.

CFC rule: A new CFC rule will be introduced. A foreign company will qualify as a CFC if a Dutch taxpayer has an interest of more than 50 per cent in a foreign company resident in a low-tax or a EU blacklisted country, unless the CFC conducts substantial economic activities in its country of resident. A low-tax jurisdiction is a jurisdiction with a statutory (corporate income) tax rate of 7 per cent or less. The EU blacklist currently consists of 7 non-EU jurisdictions (American Samoa, Guam, Namibia, Palau, Samoa, Trinidad and Tobago and US Virgin Islands) that have been labelled as non-cooperative in light of inter alia tax transparency and fair taxation.

In case of a qualifying CFC the non-distributed profits of the CFC should be included in the Dutch tax base on a pro rata basis. The income to be included in the Dutch tax base will consist of specific categories of passive income (i.e. dividends, interest, financial lease, royalties, etc.). An exemption for CFC’s with a significant economic activity is set out in the 2019 Tax plan. 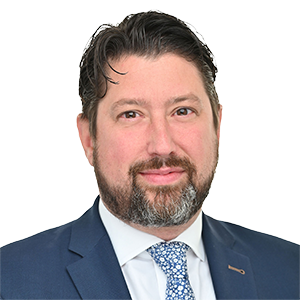