While there has been steady progress in the global transition from economies running on fossil fuels to sustainable energy development since the establishment of the UN Framework Convention on Climate Change in 1992, the past decade has seen a significant increase in pace. This rise in intensity is in line with the UN Sustainable Development Goal 7, established by the General Assembly in 2015, which envisions universal access to affordable, reliable and sustainable energy generation.

On a national level, South Africa’s energy transition is to be effected as a ‘just transition’ away from fossil fuel reliance and towards green energy. The term ‘just transition’ was coined in connection with South Africa’s Nationally Determined Contribution (NDC), which outlines the country’s post-2020 climate strategy pursuant to its obligations under the ratified 2015 Paris Agreement. South Africa’s NDC aims to achieve the “absolute decline of GHGs from 2040”. Under the national commitment, GHG emissions are expected to peak between 2020 and 2025, plateau between 2025 and 2035, and decline thereafter.

In summary, the just transition refers to a gradual shift that balances reduction of the country’s carbon footprint while mitigating against financial risks to the fossil fuel industry, a delicate process given South Africa’s continued reliance on that sector in terms of GDP, employment and energy generation.

The principles of the just transition are reflected in South Africa’s 2019 Integrated Resources Plan (IRP), which serves as a roadmap for the development and regulation of energy demand and supply in South Africa until 2030. Although the IRP envisages the continued use of coal through the implementation of “clean coal technologies” such as carbon capture and underground coal gasification, the document is clear in its acknowledgement that the energy mix must be diversified by greater incorporation of renewable energy. As an illustration of this, total installed solar PV and wind generation capacity as at time of publication amounted to 1,474MW and 1,980MW respectively (just under 5pc of the nation’s total generation capacity), which represents a fraction of the IRP’s long-term plan to procure 8,288MW of solar PV and 17,742MW of wind generation capacity by 2030. Concentrated solar power is also contemplated, but at a smaller scale.

For several years prior to 2019, lack of activity in the South African renewable energy sector had dampened investor sentiment and led to an erosion in local manufacturing. Recent developments, however, have shown the government’s renewed commitment to the procurement and development of renewable energy.

For context, energy procurement in South Africa is implemented through the issuing of ministerial determinations in terms of Section 34 of the Electricity Regulation Act.

Following the publication of one such determination, The Department of Mineral Resources and Energy launched a request for qualification and proposals (RFP) for new generation capacity under the fifth bid submission phase of the Renewable Energy Independent Power Producer Procurement Programme (RE IPP procurement programme) on 12 April 2021. The RFP provides for the procurement of up to 2,600MW of generation capacity from onshore wind and solar PV developments, pursuant to which successful bidders will, upon appointment, enter into long-term power-purchase agreements with utility Eskom.

The precursor Risk Mitigation Programme has also stimulated procurement of energy-transitional technologies. The requirement for facilities to be dispatchable has resulted in the advancement of hybrid projects involving wind and solar PV generators integrated with large battery energy storage systems that satisfy onerous capacity and availability factors.

Eskom also has commenced the procurement of BESS solutions at various substations where there are multiple connections of renewable energy generators, in order to smooth out the intermittency inherent in such facilities.

In addition to government’s various procurement initiatives, there have been significant policy and legislative shifts in South Africa’s electricity market design. One of the most significant legislative developments this year has been the amendment to Schedule 2 of the Electricity Regulation Act, 2006.

The latest amendment, published on 5 October 2021, exempts any generation facility with a capacity of no more than 100MW from obtaining a generation licence. Such generation facilities would only need to register with national regulator, Nersa, a shorter and far less onerous process which would assist in fast-tracking independent electricity generation. Under this amendment, IPPs will be able to sell electricity directly to a single end-use customer for their own consumption, including where such electricity is distributed over a multiple user transmission or distribution grid. This development has been welcomed by the private sector, and in particular by stakeholders in those industries most affected by the uncertainty caused by Eskom’s load-shedding woes.

This relaxation of regulatory restrictions can be viewed in connection with President Cyril Ramaphosa’s 2020 announcement—and the subsequent amendment to the Electricity Regulations on New Generation Capacity—to the effect that municipalities in good financial standing would be able to purchase electricity directly from IPPs. Generators which intend to sell to Eskom, distributors (such as municipalities) or traders for on-sale, exporters and importers will continue to require a generation licence. Furthermore, Eskom’s unbundling into separate entities in respect of generation, distribution and transmission represents a step in the right direction for creating a more competitive electricity market and enabling renewable IPP participation.

While the legislative changes may facilitate more renewable IPP participation, network rules will have to be developed in respect of IPP generation forecasting and offtake loads to take imbalances into account. Moreover, the sector requires harmonised municipal tariff frameworks for municipalities, which are already in significant debt, to recover their costs in order to enter into PPAs with IPPs.

Given the importance of maintaining the just transition, South Africa will need to exploit ‘transitional’ energy sources which have a lower environmental impact than traditional fossil fuels. Once such source is natural gas, which the IRP identifies as providing “the flexibility required to complement renewable energy”, and in respect of which development of the onshore and offshore extraction industries has been identified as a priority.

While these procurement and legislative developments represent a positive show of intention by government in its quest to meet South Africa’s NDC, the pace of development must not be allowed to relax. On the contrary, both the public and private sectors must be prepared to increase investment into the stabilisation and growth of all aspects of the energy sector necessary to implement South Africa’s just transition. Continuous engagement by stakeholders will be crucial in ensuring progress towards an energy sector which is environmentally sustainable while managing the social impacts of this shift.

As to social impacts, it is to be noted that the energy transition is to be ‘just’. This takes account of the massive impact on employment and associated industries and business as the country transitions away from coal as a primary energy source. Government must be deft in balancing the imperative to transition to a carbon-neutral environment against the necessity to preserve livelihoods directly affected by reduced coal production and use. 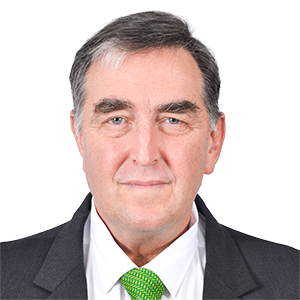 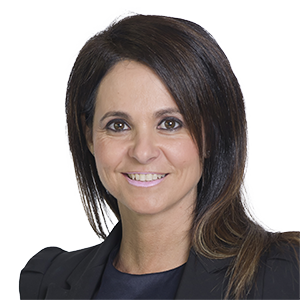 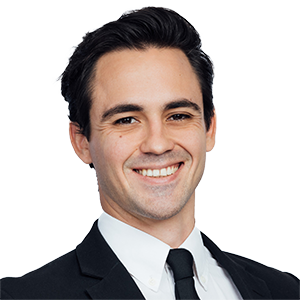