OK
Manage cookies
Digital transformation is crucial to the success of Germany’s economy, as one of the largest economies in Europe. With the German legislator driving modernisation, there remains a great deal of potential for digital innovation to make litigation in commercial matters easier and more efficient for parties to proceedings.

The provision of legal services in the private sector varies greatly compared to the public sector dispute resolution through the courts. While digitalisation has long been established in the business world, for example through the use of video conferencing and instant messaging, the exchange of printed documents and the requirement of personal attendance at court proceedings remain quite common in the German judiciary. However, the lengthy duration of proceedings, the lack of transparency of the status of proceedings, the time-consuming communication between court and litigants, as well as low predictability as to costs, all result in much criticism of court proceedings. This leads, among other things, to claimants refraining from taking action in both the B2C and B2B sectors. To remain competitive as a judicial location, the move towards a comprehensive digitalisation system for civil proceedings is required. In particular, efficient solutions are needed with regard to cybersecurity, evidence collection and the possibilities of asynchronous (tele) communication to meet the expectations of litigants, judges and other stakeholders.

Digitalisation of the judiciary

Since January 1, 2022, preparatory pleadings and annexes, as well as applications and declarations to be submitted in writing by a lawyer, an authority or a legal person of public law, must be transmitted as an electronic document pursuant to section 130d German Code of Civil Procedure (Zivilprozessordnung – ZPO). From January 1, 2026 on, the entire case file is to be kept exclusively in electronic form only, with some courts having already made the switch. In the case of electronic case files, documents and other records available in paper form may be destroyed six months after the transfer to electronic form pursuant to section 298a German Code of Civil Procedure, unless they are to be returned. This will allow court proceedings to be conducted in a more informal, transparent and concentrated manner in the future, especially in complex cases.

Collaborative “basic document” forming the facts of the judgment

Instead of the existing adversarial proceedings, the introduction of a so-called "basic document" comprising the complete submissions in fact and law of the parties, including the substantive petitions, is being considered. The claimant and defendant's submissions would be presented side by side. The court's task would be to monitor the preparation of the basic document and provide timely guidance on how the submission is to be structured. Ultimately, the statement of facts in the basic document is to form the basis of the court's decision, thus qualifying as facts of a judgment in accordance with section 313 German Code of Civil Procedure. The advantage of this is that several participants can work on a uniform text and thus similarities can be easily recognised, compared to adversarial proceedings. This would make the work of experts – be it court experts or arbitrators – considerably easier, as it would be possible to see what the parties are arguing about and what the court needs their expertise for, without a time-consuming study of the files.

Since 2002, it has been permissible to hold hearings and take evidence by video conference in accordance with section 128a German Code of Civil Procedure. The use of video conferencing is an option which has been used more frequently since the COVID-19 pandemic began and until now, courts had to hold video hearings in a specifically dedicated courtroom with the appropriate infrastructure. In the future, it has been proposed by one of the numerous judiciary working groups that courts should also be given the opportunity to hold hearings outside courtrooms. Also, video hearings are to be broadcast for the public in a designated room at the court and are intended to be held not only nationally, but also internationally (irrespective of the amount in dispute). In that regard, the EU Commission has submitted a draft regulation (COM(2021) 759 final), which would clarify the admissibility of cross-border trials by means of video and audio transmissions and also create a right to video participation in many cases. Moreover, the video recording of testimony will complement the written interrogation of the witness. This will make sessions more efficient, allowing appointments to be scheduled more quickly, reduce travel and waiting times, and reduce the risk of rescheduling court hearings, allowing for the facts of the case to be clarified in a timelier manner and the legal dispute being decided more swiftly, which is in the interest of the parties.

A secure and nationwide uniform justice portal is to be established, allowing for online dunning as well as a new "accelerated online procedure" for amounts in dispute up to €5,000. Every citizen should be able to use this portal by means of intelligent input and query systems. Concrete pilot versions of a German process portal have been tested since 2021 (cf. Tech4Germany Fellowship 2021/Federal Ministry of Justice and Consumer Protection – BMJV). However, until now, electronic access to state courts by means of a qualified electronic signature or via the secure transmission channel has been a major hurdle.

Use of Legal Tech

With the exception of so-called "regulatory sandboxes", the use of legal tech and artificial intelligence has not yet been explicitly regulated by EU legislation, whether in the legal profession or in legal services law. Article 101 para. 1 sentence 2 German Basic Law (Grundgesetz) provides that no one may be deprived of his or her lawful judge. It would therefore appear that judgments or orders decided through artificial intelligence will be inadmissible. The German Basic Law assumes as a matter of course that only a natural person can be a judge. Consequently, the use of artificial intelligence as a substitute for judges is evidently inadmissible under constitutional law.

That being said, the use of artificial intelligence can make civil proceedings considerably more efficient, especially in mass proceedings and avoid overburdening the courts. At all stages of the proceedings, the court is to act in the interests of arriving at an amicable resolution of the legal dispute or of the individual points at issue (section 278 para. 1 German Code of Civil Procedure), and is empowered to make concrete settlement proposals to the parties (section 278 para. 6 German Code of Civil Procedure).

A pilot project is being conducted at the local court of Frankfurt ("Frauke" – Frankfurter Urteils-Konfigurator Elektronisch – Frankfurt Electronic Judgment Configurator) involving air passenger rights. It will examine to what extent judgment proposals can be produced following an examination of data gleaned from boarding cards, flight times, weather data and previous decisions of the local court from comparable cases. As such, AI could be used as an add-on to the decision-making, in cases arising from similar factual situations. In this case, the court would neither make nor prepare its own decision on the merits of the case. Rather, the settlement proposal would serve as the resolution to the dispute without a judge having to be strictly concerned with the decision according to law and justice. Since a proposal for the amicable settlement of a dispute – in contrast to judicial decisions – does not create any obligations of conduct on the part of the parties, the submission of settlement proposals can also be carried out by software or artificial intelligence. This means that there are therefore no concerns about constitutional admissibility.

Arbitration at an advantage?

Legal services platforms, mediation centres and arbitral tribunals are becoming increasingly attractive given their easy electronic access options e.g. the use of e-mail or communication via forms provided on arbitral body websites. In view of the long established standards of international arbitration, fully digital processing (electronic submission of pleadings, use of special procedure management platforms and use of interactive digital documents) is a matter of course. With the exception of video hearings and electronic files, no further digital applications are permitted under the applicable German Code of Civil Procedure law.

The digital transformation of German civil procedure in litigation requires decisive and swift action to ensure confidence in the German court system and to ensure efficiency and cost effectiveness. Legal services platforms, mediation centres and arbitral tribunals are becoming increasingly more attractive compared to the traditional court process. It remains to be seen to what extent the German legislator will allow for digitalisation and technological developments in the German court system to ensure more efficient procedures, more appropriate decisions and faster dispute resolution, so that Germany is perceived as an attractive forum for international commercial disputes. 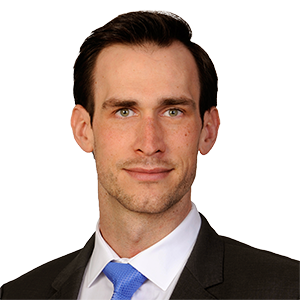