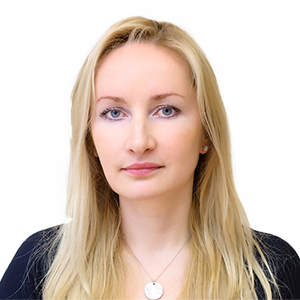 Ekaterina Merkulova is a dispute resolution lawyer based in Moscow. She is proficient in dispute resolution and has nearly ten years of experience in representing Russian and foreign companies before Russian state commercial courts of all levels, including the Supreme Commercial Court of the Russian Federation, and courts of general jurisdiction.

Ekaterina has been mainly focused on corporate and regulatory disputes. She has also been involved in disputes with customs authorities, land disputes, contract disputes, as well as in general commercial disputes.

Ekaterina graduated with honours from the law faculty of Moscow State University in 2002. Prior to joining the practice in 2012 she had worked in another international law firm for more than 5 years.