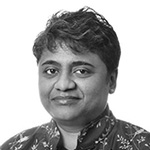 Sheela Moorthy is a corporate partner based in Singapore.  She is admitted in both Singapore and England & Wales. She has over 25 years of experience in corporate and commercial transactions with particular expertise in cross border transactions in Asia involving mergers and acquisitions, securities, information technology and in the hospitality and leisure industry, dealing where applicable on related real estate issues arising in the respect of the same.

Representing clients in a variety of industries including mass media, information technology, telecommunications, building materials and chemicals, some of whom are within the top ten Fortune companies, Sheela has worked on substantial matters in Singapore, Philippines, Korea, India, Thailand, Indonesia, Hong Kong, Vietnam, China and Australia.

Norton Rose Fulbright advises MICRODYN-NADIR on the acquisition of OLTREMARE