The Western Green Energy Hub (WGEH) is a mega scale renewable energy project located in Western Australia covering 15,000 sq km across the Goldfields-Esperance region in the state’s south-east.  Once completed and producing wind and solar power by about 2030, it will be the largest such energy hub in the world and will generate 50GW of renewable energy to create millions of tonnes of green hydrogen and ammonia for international export. This is equivalent to the energy generated across the whole of the east coast of Australia from Melbourne to Cape York.

At a development cost of close to US100bn, it is a landmark project for Australia and the world.  It brings together Mirning Green Energy, which is a company established by the traditional owners of the land where the project will be located, along with CWP Global, and Intercontinental Energy.  Global law firm, Norton Rose Fulbright, gained experience on this type of project supporting the consortium on the 26GW Asian Renewable Hub (AREH).

The firm has been working for months with all parties helping redefine relationships between developers and traditional owners of the land, ensuring that the Mirning People are partners in a manner not seen in any large scale natural resources project in Australia. The agreement involves recognition of native title rights and interests and protection of cultural heritage as well as a meaningful equity stake and permanent project interest.  This will set the tone for a new model of project development in Australia and is also a step change in managing Environment, Social and Governance risks for clients in energy transition projects.

The Norton Rose Fulbright team was led by co-head of the firm’s national Energy, Infrastructure & Resources team, Paul Lingard, and Energy and Native Title, partner Gavin Scott.  Mr Lingard says, “This will be one of the largest projects in Australia’s history.  The potential to produce and export 3.5 million tons of zero-carbon green hydrogen will cement Australia’s key role in the global energy transition.” 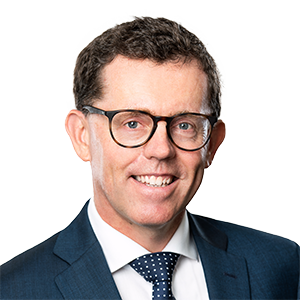