The world is cracking open in places. This is your moment to say where you long to go in search of a little joy in your life. Answers on a postcard, please.

I the chaos of city streets

In the Lower East Side of New York, somewhere between the Pickle Guys and the diner where they filmed When Harry Met Sally, there is a narrow alleyway. You follow it back, past the trash cans, the graffiti, the rats carrying off a slice of pizza. You walk down a set of steps to a basement, and then back up again—the dull, metal thump of your feet on the fire escape echoing into the empty night, the wail of the traffic ebbing away. You pull open the heavy metal fire door, ease through the velvet drapes and walk into another time, or better, into a place where time has been suspended. You crawl into your deep brocade armchair, sip your Manhattan out of a chipped teacup, and let the music of the jazz band in the corner wash over you in the candlelit darkness. I am sure I was once told the name of this place, but the name is not important. It is the quiet feeling of affinity in a room full of strangers in one of the biggest cities in the world. It is the feeling of the day slipping behind you as you float out into the night, tethered only by the notes.  Jo x

| DOWN AN ALLEY IN NEW YORK CITY | JO FELDMAN, PERTH

My grandparents were born on New Zealand’s South Island. I have never been to their home towns; I have only seen their landscapes in paintings my grandfather painted in his retirement. I have one in my front room that was left to me when he passed away. It is my hope and dream to one day walk down the quiet country road in this very special painting.  Shona

There is a forest close to where I live. In the second half of April it becomes a magical place. The bluebells and the wild hyacinth come into bloom and the forest is awash with blue flowers. I shall go there early in the morning, in the silence, to breathe it in. Or I shall go at twilight, when the light filters through the trees and the forest is once again transformed.  Duc 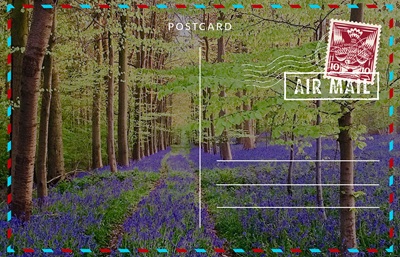 I grew up in Tianjin, a slow-paced big city where people enjoy mediocrity rather than exploring other parts of the world. Why is that? It’s said, 99% because of the local food: too yummy for them to leave☺  Tai Mei Tuk is one of the most beautiful places in Hong Kong. People go there for boating, cycling, fishing and barbecues. When I went, some time ago, I thought it would be nothing more than my ‘new normal’, rediscovering the place I call home now, but it was more than that. Drifting in my boat over the lake, surrounded by the mountains, gazing at the kites and bicycles on the shore—that moment took me back to the old days of Spring outings with classmates when I was little. It is not easy to be apart from family, and the ban on travel keeps us apart. My trip to Tai Mei Tuk was an encounter with home away from home. It made my heart warm.  Meggie

Las Palmas de Gran Canaria is calling out to us. Part of a Spanish archipelago, this small sub-tropical island has everything to amaze: the tiny desert formed on the dunes by travelling sand from the Sahara; the sea mists drifting in from the Atlantic toward the beaches; the inland mountain peaks and canyons. A return visit—to immerse ourselves in the laidback life of my brother-in-law and his family—is where we know we shall find ourselves in the not too distant future. Twenty years is long enough to wait. Sending hugs.  from Erika xx 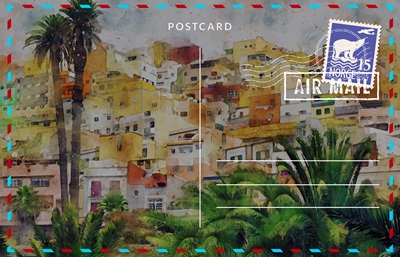 Last night my Facebook memories informed me that I saw Guns ‘n Roses in concert three years ago. That’s the last international gig I went to before Covid and that was three years ago—and I adore live music! Now I’m wondering, are WONDERboom playing again at the farmers’ market in Modderfontein?  Penny B

Under the starred sky on the shores of the River Rhein on a summer night, that’s where you’ll find me—in the company of good friends and perfect strangers. The movie does not even need to be good.  ☺Annette 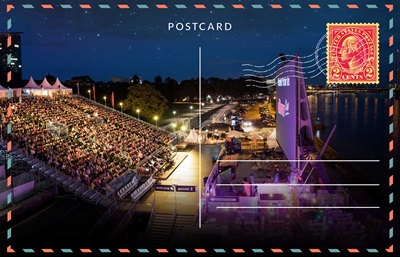 In the golden autumn of 2021, I had the chance to go out of Beijing. I travelled to north-east China to explore the Goguryeo ruins spread across Huanren,  Ji’an and Tonghua in the provinces of Liaoning and Jilin. The Goguryeo Kingdom lasted from the 1st century BC to the 7th century AD and stretched across northern China and the northern half of the Korean peninsula. The archaeological ruins—the palaces, watchtowers, warehouses and city walls—and the tombs of the Goguryeo Kingdom are a World Heritage site.   Wang Yi 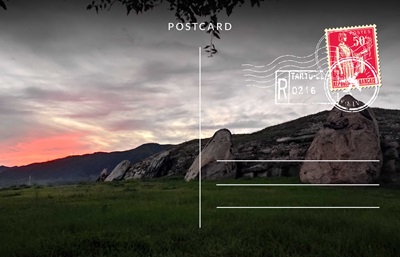 Sitting on the deck of a small cruiser, Angkor beer in hand, floating down the Mekong towards Siem Reap—the tropical afternoon storm breaks—and on the bank of the river is a monastery, the orange robes of the monks flapping on the verandah of their sleeping accommodation; and at the water’s edge is a crumbling archway in the Khmer style.  from Keira x

Just a stroll away from Whitstable, in Kent, are the Tankerton slopes. Standing on the top of these grassy banks, with the promenade and its rows of brightly coloured beach huts down below, your eye is drawn to the Thames estuary, a sea as grey as the mist itself. At first, it seems just that a cloud has passed over the sun, but then a dark, dense mist creeps towards the shore, enveloping both the windfarm and the WW2 sea forts rising like aliens from the sea bed. Mist meets sea and the horizon is a blur. As quickly as it comes, the mist disappears. If you’re lucky it’s low tide and you see the Street, a shingle pathway stretching out into the sea like a maritime version of the yellow brick road. That’s where I’m going.  Judi J

I just came back from a glorious five nights at the Western Cape! It was rainy season and the days were full of thunderstorms followed by bright rainbows and the dancing sun on the water.  Penny B 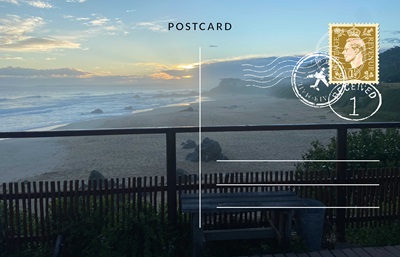 There is a lane in Sapporo full of ramen restaurants. Each one handles only eight or ten people at a time and has just one or two items on their menu (ramen, of course). The smells were bliss. I lived in Japan in my twenties and have been back only that one time, back when we were allowed to get on international planes without prior permission from the government, back in 2019 when I flew to Japan for the Rugby World Cup. Now, I want to go back again.  Keira x

Rodeo Drive, babe! I like a bit of bling. And I love shopping, especially in style. I can’t tell you how many times I have watched Pretty Woman!  Shona x

I’m staring at the gloomy rain outside my work-from-home desk. I’m thinking about a sun-filled, deserted-beach island. But I shall need a place to drink my coffee. In my travels (in days long gone) I set up my desk in random coffee shops in Istanbul, Lisbon and Madrid. Everyone says I will love NY, NY. Maybe that’s the place to go.  NB x

Tucked away in West Texas is a small, sleepy town called Marfa. I’ve been there and I’m going back just as soon as I can. The word around town is that the Marfa Lights are mystical. Not of this world. I still recall what I saw when I went to the edge of the viewing area, took a breath, and looked up. I saw stars staring back at me as though out of thin air. A pitch dark sky—illuminated with galaxies of stars, clustered at my fingertips, shining at me.  Ileana

I am going to cycle the length of the river Isar, from its crystal-clear source in the mountains of the Austrian Tirol all the way home to Munich.  Susanne x 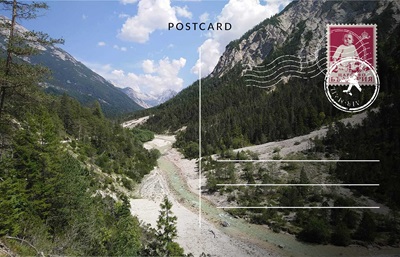 How I long for an adventure, for the spirit of adventure, that sense of possibility and liberation! How wonderful will it be when embarking on a journey is fun, instead of almost paralysing bureaucracy and risk analysis. When we can go where the mood takes us at a moment’s notice, where fears and what-ifs have no role to play. How I long for freedom.  from Alison

An unfolding adventure awaits me in the spectacular Altai region as I plunge down the rugged Katun River in my raft. Extreme. Unforgettable. The antithesis of an ordered, predictable urban life.  Valentina 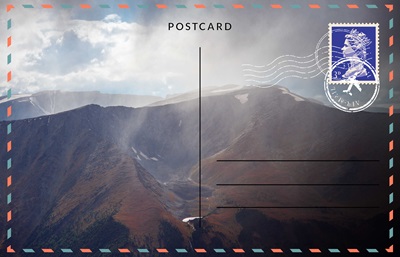 | THE KATUN RIVER IN THE ALTAI | VALENTINA LASTOCHKINA, MOSCOW

Well, here I am, in just the place I was looking for, a place with no communications. A seven-hour detour in search of the adventure of a lifetime. It feels great to be back on the ocean—and back in the water, bobbing up and down, making lots of underwater noise, while a frisky Dusky dolphin circles round and around me. Then it stops and looks me straight in the eye—and we connect.

Just as suddenly, it was gone, connection lost. I was gutted. Wish you’d been here!   Mark x

XIII a place of birth

Thinking back on my place of birth, Afghanistan, it feels like heaven and hell on earth. It is a place of beauty: mountains that may remind you of Yosemite Valley; lakes that resemble parts of Greece; waterfalls that you may confuse for the Staubbach Falls in Lauterbrunnen, Switzerland... The people are warm with an unknown level of hospitality and the weather is lovely, making sure you feel each of the four seasons very well. Going back in order to send a postcard to remind the world of the best this beautiful country has to offer is truly a longing at this moment in time.Yet going back right now seems more impossible than ever, again. With the collapse of the government and the coup d´état by the Taliban, the world is reminded of the worst my place of birth has to offer: of unending war; hunger and starvation; violation of human rights and women’s rights, in particular. But, hoping for the best and imagining that postcard in our minds is perhaps the only way right now to keep those pictures alive while my homeland is going through a deep, dark night.  from Omar

'Take a little walk to the edge of town'

Photographers around the world delight in colour | Issue 20 | 2022

Meet Noni and Bina, two gardeners—one in the southern, one in the northern hemisphere | Issue 19 | 2021