Interviewer: Hello everyone and welcome to our latest Financial services video on Brexit. I am joined with Jonathan Herbst. Jonathan in our last video you and Peter Snowdon discussed our new paper on equivalence that was commissioned by the Financial Services Negotiation Forum. What has been the market reaction?

Interviewee: Very positive, you know it’s a contribution together with the City UK paper and one or two others, you’re looking at the concepts – and so to remind everybody what we are talking about, it’s the idea of the building blocks and some novel concepts in there, different concepts on the continuum of relationships so it doesn’t just have to be I fully recognise your jurisdiction’s firms, they could be various gradations along that such as supervisory colleges, perhaps even submission to the jurisdiction in certain contexts. That idea you have the idea of different forms of transitional, you’ve got MOU’s that may be at member state level – anyway put it all together the reaction has been positive, lots to think about there and really the concept is variable geometry that is horses for courses, it’s allowing the negotiators to develop a series of methods that are appropriate to what they need to face for the different specific business lines, not just from the city’s point of view but from European business point of view as well.

Interviewer: And just following on from that Jonathan, interestingly we’ve seen speeches from Steven Maijoor from ESMA talking about an overhaul of the equivalence regime.

Interviewee: Well this is a big subject because let’s face it this is all tied to, you know, the development in the US because one of the points in the paper and in other discussion documents is how well equivalence work and the whole idea of equivalence is, you know, broad coalescence around international standards that whole kind of language, and what I think the chairman of ESMA was saying if you look at Steven’s speech is, well yeah OK but actually are we really satisfied about the position in another state and clearly that ties into a much broader discussion particularly in the context of the Trump administration and what is going to happen in the US – that ties in to the idea in our paper of so called triangulation, you know, where will the UK sit in what is becoming an incredibly complicated environment with the US on the one hand, the EU on the other and the UK in the middle and I think what his speech effectively is saying is be careful because if we are not satisfied with what’s happening in the US or elsewhere, we might very well take not a more expansive look but a much less expansive look on equivalence, so it’s one very very much to take a close look at.

Interviewer: And another big part of the Brexit debate at the moment is transitional measures, the Financial Markets Law Committee has issued a very interesting letter which touched on the subject. What are you seeing?

Interviewee: So a couple of things here. Firstly I think there are different meanings of transitionals, so there’s what I would describe as a conventional transitional, in other words article 50 triggered, you have two years, we need more industry certainty – “we” London need more industry certainty during that period for a longer period afterwards, that’s the conventional sense and the letter you are talking about is a reference to that. Clearly welcome, clearly something where perhaps there could be areas as described by Joanna’s letter, where you could have areas that are common interest between the EU and the UK, I don’t think anyone is going to argue with that. There’s also a different sense of transitionals that we put in our report which is what I would describe as permanent transitionals which might be instead of equivalence so you might actually have a model where following the benchmarks regulation you actually say, you know, if you comply with certain international standards like IOSCO then, you know, you permanently will be deemed to be equivalent or there could be a thing where you have actually a firm in a member state or vice versa in the UK, or effectively vouches for another firm outside. So I think the point really here is people mean different things by the concept and it’s a general theme this whole Brexit debate, people bandy around these ideas but you’ve got to be absolutely precise as to what you are talking about because when you actually break it down that’s going to be the core of the negotiation.

Interviewer: It will be interesting to see what the treasury committee requests for written evidence on transitionals - would bring up as well

Interviewee: Absolutely, I don’t think anyone is arguing with the idea, it’s welcome but the devil will be the detail on that.

We discuss the market reaction to our new paper on equivalence that was commissioned by the Financial Services Negotiation Forum, as well as other Brexit-related matters affecting financial services. 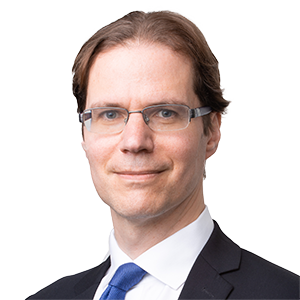