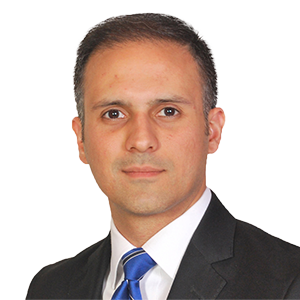 Ahsan is an associate in the Corporate, M&A and Securities practice group based in Riyadh.

Before relocating to the Middle East, Ahsan worked with the corporate team of a boutique firm based in Houston. During this time, he advised on company formations, trademark matters, re-structuring, acquisitions, and negotiation and drafting of various commercial agreements.

In 2017, Ahsan moved to the Middle East to join the region's largest law firm. Working between their UAE and Saudi offices, Ahsan was involved in advising regional and international clients in joint venture arrangements, franchise and distribution agreements, management agreements, securities advice, anti-trust advice, and various other commercial agreements.