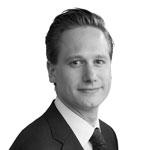 George Mason is a corporate lawyer based in Singapore. He has been involved in a range of corporate transactions, including international M&A, corporate restructurings, initial public offerings and general corporate advisory work.

George trained with the firm and joined the corporate team in London as an associate in 2014 before relocating to the Singapore office in October 2017. George was seconded to HSBC's Group M&A legal team in London from March to September 2016, where he advised HSBC's Strategic Innovation Investment team on proprietary investments in Fintech companies and consortium led utility platform developments. From October 2016 to April 2017, George was the Liaison Associate at the firm's Legal Process Hub in Newcastle, UK.