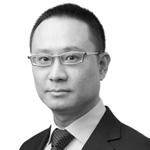 Paul Wee Ei Don is a banking and finance lawyer based in Beijing.

Paul has advised major financial institutions and corporations on project financing, export credit financing and leveraged acquisition financing, across a broad range of sectors with a particular focus on the mining & metals, oil & gas, power and infrastructure sectors. Over the past several years, he has worked on some of the largest Chinese outbound financings involving various countries from Australia and Angola to the Ukraine and Venezuela.

He joined us in May 2016 after having spent almost eight years in the Beijing office of a magic circle firm. He has also worked in leading law firms in Australia and Malaysia. Paul is a published co-author of a 700-page legal text on syndicated loans and bonds in Malaysia, and has completed the Chartered Financial Analyst programme.

Paul is qualified to practise in Australia and Malaysia, and is fluent in English, Mandarin and Bahasa Malaysia.