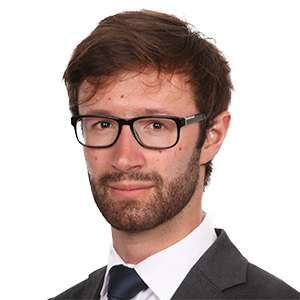 Guillaume Rudelle is a restructuring and dispute resolution lawyer based in Paris.

Guillaume advises French and international corporations operating in a broad range of sectors and represents them before French courts in matters of contractual disputes, product liability, white collar crime and enforcement proceedings.

He is also experienced in the areas of anti-money laundering and international and economic sanctions.

Guillaume is fluent in French and English.

The new restructuring regimes in Europe

UK: Restructuring in Europe: An update on emergency measures introduced in the UK, Germany and the Netherlands