The launch of the Future Fund marks the UK Government’s response to ongoing concerns that high growth businesses within certain sectors (for example, technology and life sciences) affected by COVID-19 may be unable to access other UK Government business support programmes because they are at pre-revenue or pre-profit stage in their development.

The £250 million Future Fund will make UK Government loans available to UK companies on the terms of a convertible loan agreement (CLA); a tool familiar to equity investors, typically as a means of de-risking early stage investments and/or providing bridge finance. Any loans made by the UK Government under the scheme must be matched (or exceeded) by contemporaneous third-party investment on the same terms.

While the primary focus of companies accessing the scheme is likely to be the availability of funding to address immediate liquidity concerns, it will be critical to also keep in mind the wider – and longer term – implications of a Future Fund investment.

In this briefing, we outline the eligibility criteria and key terms of the scheme, together with points for consideration by participating companies and investors. Capitalised terms are as used in the CLA.

The Future Fund is available to companies operating in all sectors that satisfy the following Eligibility Criteria:

A director of the company is required to sign a standard form certificate confirming (among other things) that Prior Funding (in excess of £250,000) has been obtained.

In the course of submitting the application, the investor(s) providing the contemporaneous funding effectively self-certify that they fall within at least one of the accepted investor-categories – being customary investor categories (as set out in the FCA Handbook and Financial Services and Markets Act 2000 (Financial Promotion) Order 2005) – in order to be eligible to invest in the CLA.

The CLA is a standard form agreement that cannot be negotiated, save for the Interest Rate, Discount, Headroom Amount and Valuation Cap, which are negotiable between the investors (other than the Future Fund) and the company in advance of the application. The Interest Rate and Discount cannot, however, be lower than 8 per cent and 20 per cent, respectively. If no Headroom Amount or Valuation Cap is agreed, these definitions will default to zero and will not be applicable.

Applications opened on May 20, 2020 and will be processed on a “first come, first served” basis until the end of September 2020. Applications must be made by a ‘Lead Investor’, rather than the investee company. There is no requirement that the Lead Investor make the highest value investment, provided that it is investing at least £12,500. UK Government guidance states that it is expected to take a minimum of 21 days from initial application to the funding being awarded.

Beyond the terms of the CLA itself, the following points should be noted for consideration by participating companies and investors:

The Chancellor’s initial announcement of the Future Fund on April 20, 2020 indicated that it would be made available “to support the most innovative firms in the country…to make sure that high growth companies across the UK can continue to access the investment they need during the crisis.” However, the Eligibility Criteria exclude companies that have not satisfied the Prior Funding requirement, including where companies have elected not to seek funding for good reason (for example, where the company has generated some revenue and/or obtained funding from founders, friends and family). References to innovation also appear to have fallen away, and it is not clear to what extent, if at all, the Eligibility Criteria (defined by reference to the criteria set out on the Future Fund Scheme’s web portal) may be updated by the UK Government.

The current application process requires applicants to detail (amongst other things) their reasons for applying to the Future Fund and the intended use of funds. However, there remains an element of ambiguity as to how successful applications will be selected. Meanwhile, the terms and conditions for the application process expressly state that there is no guarantee that applicants will be afforded the opportunity to enter into a CLA and reserve the right to reject applications without providing reasons. The level of uptake for the Future Fund from companies and investors is likely to affect how the Future Fund exercises its discretion in approving applicants over the coming weeks and months.

Although the Future Fund will bolster liquidity for those companies eligible to apply, the Future Fund is not a complete fix for liquidity concerns, nor source of funds as a last resort, given the matched funding requirement. The scheme assumes that companies are able to secure third-party investment and, as a result, appears to be particularly well suited to those companies who are currently fundraising or have strong relationships with existing investors. The CLA (perhaps optimistically) also provides for a Headroom Amount whereby the company may receive further loans within 90 days of, and on the same terms as, the CLA, but which will not be matched by the Future Fund.

The ability to obtain matched funding will also be impacted by the requirement that it must be in the form of a convertible loan and so would not meet the criteria for EIS/SEIS tax relief. The preclusion of EIS/SEIS relief for any matched funding will be of concern to businesses that have historically relied on investment from funds set up to make specific use of the relief.

The inclusion in the CLA of Events of Default as a result of insolvency-type events – with the potential for the loans to become repayable (together with a Redemption Premium) as a result – reinforces the fact that companies who are already in or approaching distress may not be well placed to participate in the scheme.

Companies will need to consider the impact of the funding on their existing tax structuring. In the context of EIS/SEIS, the accompanying guidance provides comfort that reliefs on pre-existing investments will not be affected where the CLA converts into shares. However, no such comfort is provided with respect to the impact of the scheme on future investments and this will need to be considered, if relevant.

Requirements for companies to obtain waivers under existing arrangements may affect the speed at which applications can be submitted. However given the standard form (and unsecured) nature of the CLA, as well as publicity around the scheme, companies may find that lenders familiarise themselves with the documents so that they can give such waivers/consents quickly.

Companies will need to implement appropriate processes and controls to ensure that they are able to comply with the ongoing covenants under the CLA; for example, to provide the necessary financial and other information to the Future Fund via an online portal each quarter.

In addition to information rights, the CLA contains covenants akin to investor protections in favour of the Future Fund which are both specific and general in nature. This includes specific covenants such as the most-favoured nation clause and put-option referred to above, and other covenants focused on preserving the economic interest of the Future Fund. The general covenants include obligations on the company – and other investors – to act in good faith towards the Future Fund with respect to each provision of the CLA, and not to enter into arrangements that would adversely affect the economic interests of the Future Fund under the CLA. Companies will need to be alert to the impact of such requirements in the context of any future financing.

The consequences of failure to comply with these covenants are significant as a material breach of the same may trigger an Event of Default. However, the UK Government’s appetite for enforcing such provisions and level of monitoring of compliance with the terms of the CLA remains to be seen.

The UK Government as a shareholder

Companies should not assume the loans under the CLA will be repaid in due course, and should instead contemplate what it would mean if the UK Government were to become a shareholder of the company. In particular, what would this mean in percentage terms and how would this impact the company’s ability to pass shareholder resolutions? And will the UK Government require other rights such as information and/or veto rights? The CLA pushes these questions down the line by providing for the Future Fund and the company to enter into (non-binding) good faith discussions in relation to the suite of shareholder governance rights to be included in the shareholders’ agreement upon any conversion; such rights to be “commensurate with the proportion of the share capital that the Future Fund holds”. That said, the inclusion of comprehensive covenants in the CLA suggests that there may be some appetite for (at least) equivalent provisions to be included in any future shareholders’ agreement.

Looking further into the future, the CLA provides a mechanism for the Future Fund to exit the company (as part of a sale of some or all its portfolio of investments under the scheme) by a sale to an Institutional Investor (who is not a competitor), free of pre-emption rights and without restriction as to price or otherwise. The potential for unknown third parties to become shareholders, particularly without the ability for other investors to pre-empt the transfer, may be viewed as undesirable by the company as well as existing and future shareholders.

Finally, in the same way as for any COVID-19 measures, companies should ensure that decision making with respect to the Future Fund is appropriately recorded and the related corporate formalities are obtained/complied with. The ability to evidence good corporate governance in this respect is likely to facilitate diligence – and protect value – on any future fundraisings and, ultimately, exit. 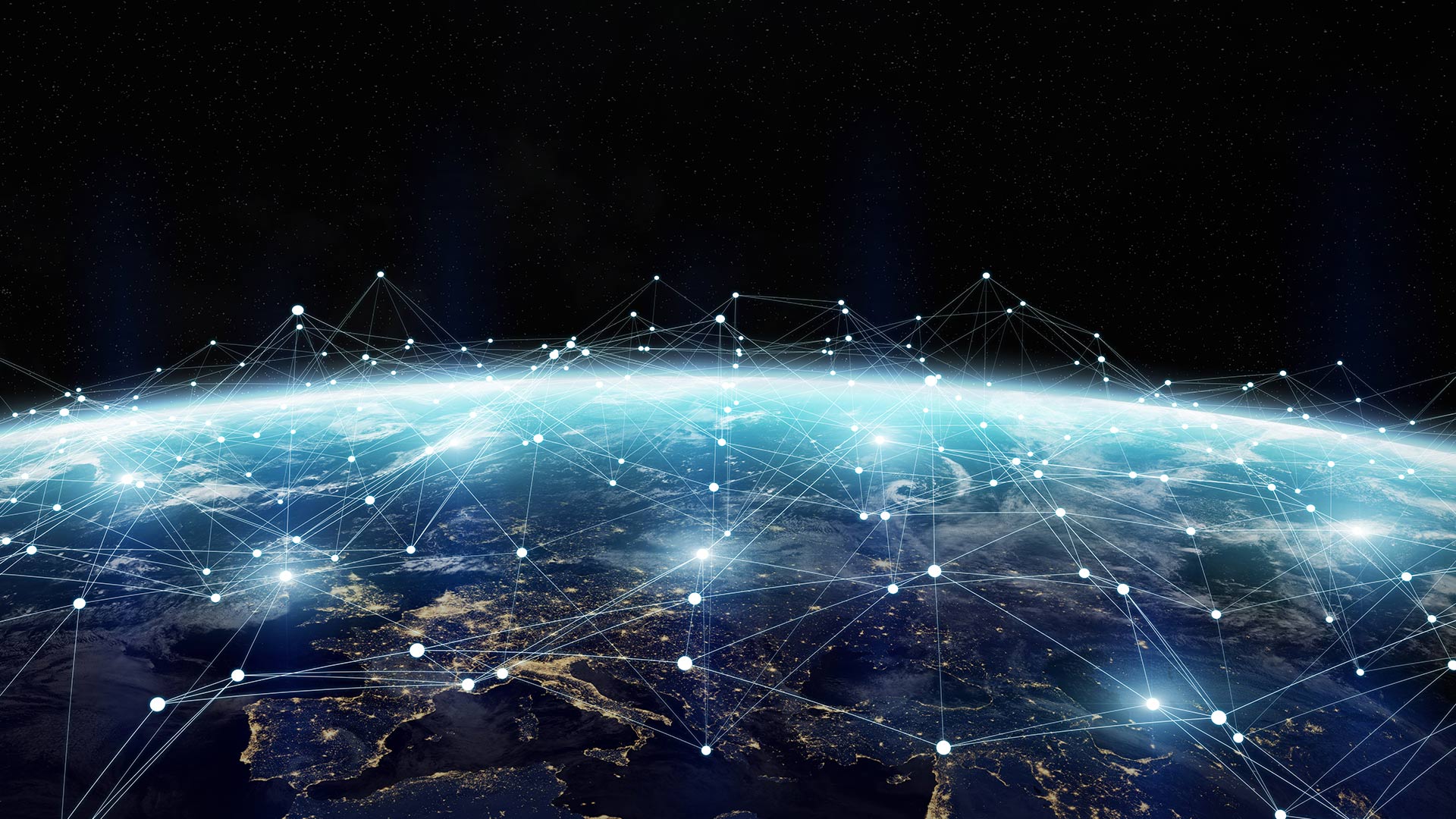 What are the risks to the global economy and state aid? 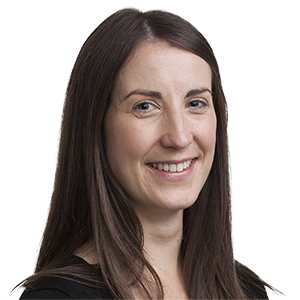 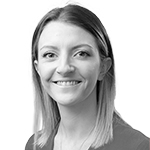