During the second half of the year, the firm has acted on numerous high-profile deals across its key industry sectors, including:

In the first half of 2018, Norton Rose Fulbright advised on over $53billion of M&A deals.

Raj Karia, Norton Rose Fulbright head of Corporate, M&A and Securities, Europe, Middle East and Asia, commented: “M&A started strongly in 2018 and deal-making held up during H1 2018 due to a desire by businesses to build economies of scale and to focus on new or core markets. M&A activity in the second half of 2018 was impacted by increasing geo-political tensions and stock market volatility leading to a reduction in deal making activity in this period. Sovereign wealth funds and private equity investors have built up significant ‘dry powder’ during this time and are likely to start 2019 aggressively to take advantage of an expected weak M&A market in Q1 2019. In 2019, we expect that disruptive technology will be one of the key forces shaping M&A and corporate activity and we are seeing this come through our deal pipeline for 2019.”

Visit the Norton Rose Fulbright M&A outlook 2019 for the firm’s insights on how disruptive technology is driving M&A activity across major industry sectors. 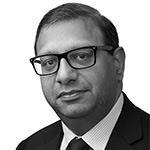