The "Vision 2030" plan, issued by the Government of the Kingdom of Saudi Arabia under Council of Ministers Resolution 308, dated 18/07/1437 AH (corresponding to 25/04/2016 AD), sets out ambitious plans and development programs with the express intention of transforming Saudi Arabia’s economy.

The PSP Law makes important changes to the regulatory environment in which PPP and privatization projects are undertaken in Saudi Arabia. We have set out below what we consider to be the “top ten” issues for private investors and their lenders to consider arising out of the PSP Law.

1. Scope and impact of the PSP Law

The PSP Law will enter into force on 24 July 2021. It covers any relationship between the public and private sector arising out of a contractual arrangement, which relates to infrastructure or the delivery of public services (both very broadly defined), and that exhibits the following characteristics:1

The PSP Law will not apply to PPP contracts executed prior to its coming into force, unless they have already obtained regulatory approval and the NCP board of directors decides to apply the provisions of the PSP Law.2

The NCP board of directors is empowered to establish committees to hear appeals and grievances made in respect of the award of PPP projects.3

If a bidder wishes to challenge the award of a PPP project to another bidder, it must put an appeal before the committee within ten working days of the award, as well as submit a bank guarantee in favor of the NCP of a value between SAR 1 million and SAR 5 million (between approx. US$267,000 and US$1.33 million).

Unlike in other jurisdictions (for example, countries subject to European Union procurement rules), the lodging of an appeal does not automatically suspend the award of a PPP contract. However, the awarding authority does have discretion to do so.

If, however, the committee rejects the claim, the NCP will be entitled to call on the bank guarantee up to its full amount. It is not clear from the PSP Law what will determine the amount of the guarantee call (i.e. whether it is limited to the cost to public authorities of administering the rejected appeal).

The administration of the remedies regime will also be subject to the “level playing field” principle described in the next section.

The general principle of a “level playing field” applicable to foreign and local investors alike should give foreign investors and their lenders comfort in respect of how they will be treated in the event of a dispute arising out of the award of a PPP contract.

Previously, an SPV incorporated as an LLC would be deemed dissolved by operation of law where: (i) its accumulated losses exceeded 50 per cent of its share capital; and (ii) its shareholders have failed to issue a resolution to support and continue the company within 90 days of becoming aware of the loss.5 This has posed a substantial risk to private investors.

The PSP Law, however, addresses this risk by explicitly disapplying these provisions in the context of PPP contracts. Instead, a recommendation should be presented to CEDA by the procuring authority and the private investors as to whether the SPV should continue, and CEDA will make a determination accordingly.6

Lenders should be particularly aware of the restrictions in the PSP law on the right of the private sector party to transfer or pledge shares in the SPV. Any such transfer or pledge would be deemed to be void unless it was expressly permitted under the PPP contract and with the prior approval of the procuring authority.7

The PSP enables the private sector entity to be granted the right to:

all in accordance with the terms of the PPP contract.8 The private sector entity will not be entitled to impose additional charges on service users, unless expressly permitted by the PPP contract.

Previously, the ability of private parties to collect revenues owing to the government was severely limited by law, unless a specific exemption was obtained.9 By expressly providing for flexibility in the collection of revenues by the private sector, the PSP Law removes a major regulatory obstacle and will give private investors and their lenders more scope to structure their participation in projects where government revenues are integral to the financial model.

The Council of Ministers (at the recommendation of the Ministry of Finance) is empowered to approve the provision of financial and credit support to a PPP project where such support is not explicitly set out in the terms of the PPP contract.10

On earlier utilities projects procured through the IPP/IWP model, it was customary for the government (through the Ministry of Finance (MOF)) to provide direct credit support to private sector investors, whereby the MOF would guarantee the payment of undisputed sums that the procuring entity was liable to pay to the private sector entity pursuant to the main PPP contract. On more recent projects, however (notably the wind and solar power projects procured by the Renewable Energy Project Development Office (REPDO)), a letter of comfort has been provided by the MOF to the procuring entity. This does not represent direct support as it is only for the benefit of the procuring entity, and not enforceable by the private sector entity.

Private investors and their lenders may therefore wish to explore the possibility of obtaining direct support from the Government in respect of the procuring authority’s payment obligations under the PPP contract pursuant to Article 10.

The procuring authority is entitled to terminate the contract and any related contracts unilaterally before the end of its term “if required in the public interest”.11

This clearly presents a risk to private investors and their lenders of potential loss to expected revenue. Previously, claims for loss of revenue, in particular claims to be compensated for future revenue under a long term contract, were challenging to enforce.

However, the PSP Law empowers procuring authorities to include provisions under the PPP contract that would compensate loss of earnings to the private sector entity where the contract is terminated for a reason relating to the procuring authority and not arising out of default of the private sector entity.12 This is a significant step forward in enabling private investors to mitigate the risk of termination in the public interest and they should ensure that this entitlement is expressly set out in the PPP Contract.

The difficulty and delay that may occur in obtaining permits and approvals is a potential risk issue for private investors in Saudi Arabia. The PSP Law seeks to address this issue by giving CEDA the power to coordinate and override government procedures where the issuance of a permit or approval proves “impossible”, or is delayed by the responsible government entity.13

“Saudization” polices, which require certain businesses to employ a quota of Saudi workers, have been seen by some as a barrier to attracting foreign direct investment. This appears to be acknowledged by the PSP Law, which now allows the NCP (subject to the approval of the Ministry of Human Resources and Social Development (MHRSD)) to exclude any privatization project from provisions that regulate employee matters, including mandated percentages of employment for Saudi Arabian nationals.14 However, it remains to be seen how these provisions will be implemented in practice, and the extent to which MHRSD will agree to implement restrictions on approvals (given its recent focus on additional Saudization programs).

This provision also allows NCP to exempt PPP projects from the rules relating to termination of employment by the employer and duration of employment contracts, and to do so in a manner that guarantees the rights of an employee being transferred under a privatization project. Alternative provisions in this regard would be issued by MHRSD in consultation with the NCP. This will be particularly relevant to any projects where existing government services are privatized, where the transfer or secondment to the private sector entity of employees already in place may be contemplated.

10. Dispute resolution and choice of law

Another challenge to foreign direct investment in Saudi Arabia was the foreign parties’ inability to subject their contractual disputes with the government to binding international arbitration. Again, the PSP Law addresses this concern by allowing PPP contracts to specify that disputes arising out of such contracts, or any related contracts, should be referred for resolution to arbitration.15 Crucially, subject to further regulation by the NCP, arbitral proceedings can be seated in Saudi Arabia or abroad.

It is not clear whether the NCP will permit alternative choices of law to be applied. Notwithstanding this, private investors and their lenders will likely welcome the ability to choose international arbitration as a dispute resolution forum.

Conclusion and next steps

The PSP Law has the potential to drive change in the attitude taken towards the role of government in Saudi Arabia and the way in which public services and social infrastructure are delivered. It should provide further certainty to private investors and their lenders and will potentially address many of the perceived obstacles that might previously have deterred foreign direct investment.

Taken with other developments in the last few years, such as the Bankruptcy Law16, the Moveable Assets Security Law17 and changes to the Commercial Pledges Law18, as well as recent relaxations of the rules on foreign investors owning controlling stakes in Saudi Arabian companies, the PSP Law is further evidence of the progress made by the Kingdom in creating a climate which is welcoming to international investment, and in further transforming and diversifying the Saudi Arabian economy.

In addition, the NCP board of directors will have the authority to determine mandatory contractual provisions. These will clearly be relevant to the drafting of PPP contracts going forward and private investors and their lenders will want to keep a keen eye on these developments. 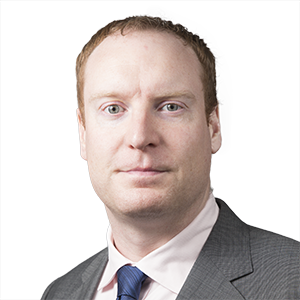 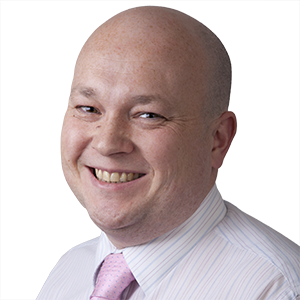