The ESRs take aim at "light footprint" presences in the UAE taking advantage of the jurisdiction's lack of taxation, with substantial penalties for non-compliance.

Following mounting pressure from the European Union (EU), including placing the United Arab Emirates (UAE) on a tax avoidance "black list", the UAE in 2019 passed new legislation designed to reduce tax avoidance such that only companies with "real economic activity" in the jurisdiction would be able to continue undertaking business in the UAE. This new legislation was sufficient for the EU to remove the UAE from the EU blacklist in late 2019. However, certain parts of the legislation were later deemed insufficient and less than a year later, in August 2020, UAE Cabinet Decision No. 57 and UAE Ministerial Decision No. 100 were issued along with subsequent new guidance issued by the UAE Ministry of Finance (the Ministry), which superseded the 2019 legislation and established a new economic substance regime in the UAE. Given this history, it is perhaps not surprising that such new legislation's applicability is retroactive to 2019 as described below.

The ESRs generally apply to UAE entities (both onshore and in free zones). Under the ESRs, each such entity is required to analyze, for each financial year, whether it carried out a "Relevant Activity" (making it a Licensee) and if so, whether it generated "Relevant Income" from such Relevant Activity.

Relevant Income is defined as gross income from whatever source derived, whether earned in the UAE or outside the UAE and irrespective as to whether such income resulted in a profit. Given this extremely broad definition, a Licensee can earn Relevant Income not only from third party transactions but also from certain intergroup transactions (see also Application to Foreign Multinationals section below).

"Exempt Licensees", which include investment funds and entities that are tax resident in a jurisdiction other than the UAE are required to evidence such status, and in such case are not required to file an ESR Report (the requirement to file an ESR Notification remains).

In the case of a Licensee which does not qualify as an Exempt Licensee, such Licensee is required to satisfy the Economic Substance Requirements. The Economic Substance Requirements effectively require that both the Relevant Activity be managed and the strategic decisions in respect thereof be undertaken, in the UAE (including that strategic decisions in respect of a Relevant Activity be undertaken via one or more Board of Directors meetings conducted physically in the UAE).

Foreign multinational groups should not assume that no Relevant Activity is undertaken, or Relevant Income earned, under the ESRs simply because a UAE group entity does not invoice third parties. Intergroup arrangements (eg, providing marketing and support services, commissioning services) that are compensated by a foreign group entity (even if only partially or indirectly) can result in the UAE entity being deemed to be undertaking a Relevant Activity from which it earns Relevant Income and is thus subject to the Economic Substance Requirements.

The Ministry has set up a page with additional information and a link to the portal for the annual filing of the ESR Notification and ESR Report (if applicable) here:

Given the substantial penalties, if not already done, it is imperative that an entity promptly undertake a proper legal analysis of its activities and immediately file (if it has not to date made a necessary filing) or correct a made filing (if applicable) under the ESRs to minimize exposure. 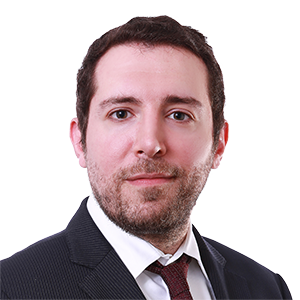