It was recently announced that Abu Dhabi Global Market (ADGM) was “open for business”. The UAE’s newest financial centre offers investors a sophisticated legal regulatory framework, including its own real estate laws (the ADGM real property regulations of 2015 (the Regulations)) which will be applicable to Al Maryah Island, the location of ADGM and prime real estate located in the centre of Abu Dhabi. As financial institutions and professional services providers gear up to become members of ADGM, we set out below five key legal considerations for real estate investors, professionals and financiers to be aware of when considering investment in ADGM.

Under the Regulations, investors will be able to acquire and, importantly, register, a variety of real property rights on investing in ADGM. The ability of investors to identify and protect their interests, particularly when dealing with complex multi-interest properties, is crucial to reducing risk and encouraging investment. Recognising different interests in property also provides greater flexibility when structuring investments which in turn should encourage more investment.

Some of the key real property rights that may be registered pursuant to the Regulations include:

Unlike the legal regime in the rest of Abu Dhabi, usufruct and musataha rights will no longer be recognised. However, any existing usufruct or musataha interests will be capable of being registered with ADGM and will remain in full force and effect in accordance with their terms. We understand that the registrar of the ADGM and the Abu Dhabi Municipality have signed a memorandum of understanding to foster cooperation in relation to the recognition of interests previously registered with the Abu Dhabi Municipality.

Parties will also now be able to register ancillary interests such as easements and restrictive and positive covenants. In addition, the Regulations provide for implied easements in relation to utility services and rights of support between structures. While the importance of such interests may be initially overlooked by investors, the ability to formalise obligations in relation to rights of way, utility rights and master community obligations is key to ensuring that any property development subject to multiple interests can be managed and occupied in an efficient and transparent manner.

Institutional investors and lenders demand transparency in relation to property investments – a lack of transparency creates a higher risk profile and depresses levels of investment. This becomes increasingly important as the regulatory obligations on financial institutions globally become more stringent

Regionally there are varying levels of transparency but generally in relation to property interests only an interested party can search the relevant land register and the results of such search do not always provide the level of information that investors and lenders would require to fully understand a real estate interest.

To assure levels of transparency in ADGM, the Regulations provide that the property registrar of ADGM shall provide access to the public to the real property register and to registered instruments or copies of them. To encourage ease of access, the Regulations also state that “A person searching the register shall not be obligated to state any reasons for requiring such access”.

It is not yet clear how ADGM will grant access to the register and the Regulations provide that access may be provided by way of certificate, statement, computer print-out or any other means the registrar determines appropriate. We also do not yet have visibility on how the search result will be presented or what it will include but, given the variety of property interests that can be registered it is hoped that a search result will provide parties a more detailed picture of a property, including the rights and restrictions to which the property is subject.

The ability to raise finance is key to the development of any sophisticated real estate market. The willingness of lenders to grant finance at a commercially viable cost will depend partly on the ability of the lender to secure and enforce its rights in the event of borrower default. The Regulations contain a number of key provisions that will be of importance to lenders including:

Of additional interest for lenders and investors will be the introduction of the Insolvency Regulations of ADGM. The Insolvency Regulations are largely based on the insolvency regime of the United Kingdom. An effective insolvency regime should allow for the prompt distribution of proceeds following the liquidation of the assets in a fair and orderly way to creditors. Currently the UAE is lacking in effective insolvency laws with no clear procedures for dealing with insolvent persons in place. If a debtor does become “insolvent” lenders are often required to negotiate and restructure loans rather than have the ability to rely on an independent process of liquidation of assets. The ADGM Insolvency Regulations introduce new concepts such as the appointment of an administrator to liquidate assets and act in the interests of creditors. However, it is still not clear how any decisions made under the ADGM Insolvency Regulations (i.e. by an administrator) would be enforced in practice for any assets outside of the ADGM.

Flexible management of a development

Dubai, Abu Dhabi (under the newly effective law no.3 of 2015 regulating real estate) and other parts of the region require property that is jointly owned to be managed under a strata title regime (commonly used in Australia) where responsibility for the upkeep of jointly owned property and general management and administration of a development will lie with an owners’ association. However, the implementation of this type of system has generally been slow and incomplete in this region and seen varying levels of success in efficiently managing developments.

The Regulations of ADGM also provide for the strata division and management of developments along the lines with those strata regimes seen elsewhere in the region. However, the Regulations are different in that they allow developers to opt out of imposing a strata title regime on a development. Instead the developer, and any subsequent owner of the development, would retain control over the common areas and be responsible for their management and upkeep under a contractual regime with unit holders.

Hearings will be held in public (unless specifically directed by the court to be held in private) and conducted in English. Sittings and other business of the ADGM Courts may be conducted at any place in the world and may be conducted via videoconference.  These provisions recognise that parties and their representatives may not be residents of or domiciled in the UAE. It is likely that these provisions will enable the ADGM Courts to manage its cases with greater flexibility and allow matters to proceed in a cost efficient and expeditious manner.

Parties who obtain judgments from other courts within the UAE or foreign courts will be able to enforce those judgments through the ADGM Courts.
ADGM has stated that the core principle at the heart of the ADGM Courts Regulations is the desire to establish a judiciary and system of law:

ADGM will be issuing court procedure and practice directions to be followed by parties to proceedings in the ADGM Courts in early 2016.

The reference to established systems and flexibility built into the ADGM Court’s procedures and the direct application of English law in ADGM shows that ADGM is seeking to provide investors with legal certainty and predictability and to create a legal system which is both effective and high quality and recognisable to all those practising in, or familiar with, common law jurisdictions.

The authorities at ADGM have made a significant effort to provide a legal regime for ADGM which will, amongst other things, give confidence to both investors and end users of real estate in ADGM. By providing a robust system to register the relevant real property rights which can be granted in ADGM and also allow for the registers on which such rights can be recorded to be freely searchable, ownership of real estate should become far more transparent. With the addition of an insolvency regime together with a Court system which is designed to be cost effective and efficient, investors can take a degree of comfort that they have an avenue of recourse should their investments turn sour. However, while the various new Regulations envisage a new and advanced legal framework in ADGM, the effectiveness of such regime will only really be known with time. 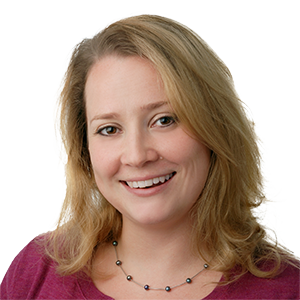