The Rise of Sustainability-Linked Loans

As the attention of the world has been drawn to climate change and sustainability in recent years, one instrument has risen to prominence in the loans world: the sustainability-linked loan (SLL). This article considers the reasons for the growth of the SLL market, as well as some of the challenges that remain.

In short, an SLL is a loan whereby an economic outcome is linked to the sustainability performance of the borrower. For example, if the borrower meets certain ESG targets tailored for that company, the interest payable on the loan will reduce. While most those targets generally relate to the “E” in ESG (e.g. reduction in CO2 emissions or water usage), increasingly SLLs also include one of more targets in the “S” or “G” (e.g. number of hours of training provided to employees, or percentage of women in management positions).

SLLs first started to appear around 2017. There have been a number of drivers for their popularity since then.

A trusted market standard
The growth of SLLs was accelerated when the LMA, LSTA and APLMA jointly published the Sustainability-Linked Loan Principles (the SLLPs) in March 2019. The SLLPs brought a structure to the market, and gave clear guidance on the minimum standards for a loan to gain the SLL label. The fact that the SLLPs were published jointly by loan industry bodies covering Europe, Asia Pacific and the US means that the SLLPs have a global reach which is another reason for their popularity.

The SLLPs were updated in May 2021 to tighten up certain aspects, including clarifying the requirements for selecting key performance indicators (KPIs) and setting the related sustainability performance targets (SPTs), and making it mandatory for an independent external reviewer to review the borrower’s performance against each KPI and SPT.

These changes helped to promote the transparency and integrity of SLLs, and we can expect further updates to tighten up the SLLPs as the market matures.

Accessible to all
In contrast to green loans, which require borrowers to use the loan proceeds for a particular green project, SLLs are agnostic as to loan purpose. This significantly widens the potential market for SLLs compared to green loans. It gives borrowers who are not in typical “green” industries the opportunity to participate in sustainable finance. So long as a company has, or is prepared to develop, a robust sustainability strategy, its loan can potentially be labelled as an SLL.

Reputational benefit
Commentators sometimes refer to a “green halo” effect when SLLs are announced. This positive publicity is particularly pronounced when an SLL is the first or the largest in a particular sector or geography. Importantly, the reputational benefit applies to both the borrower and the lenders on the deal.

However, as noted in the second part of this article, this benefit does not come without a cost. It can be hugely damaging for a company (and its lenders) if there are subsequent allegations of greenwashing.

ESG signal to stakeholders
Linked to the previous point, borrowing an SLL sends a clear signal to the market that a company is serious about sustainability. This can be a real benefit in terms of accessing ESG-related investment opportunities, as well as showing employees that the company is trying to do good.

Margin reduction
While an interest rate saving may be a way to attract the attention of borrower to consider an SLL, it tends not to be the first or most important reason for entering into an SLL. Margin decreases are typically only a handful of basis points. In addition, when borrowing an SLL there are increased costs for a borrower (e.g. associated with
engaging ESG consultants), which could wipe out some or all of this potential saving on interest.

Promoted by banks
In the run-up to COP26 and in the time since then, many banks have signed up to the Glasgow Financial Alliance for Net Zero (known as GFANZ) or made other commitments about aligning with net zero. If the banks are to make good on these commitments, they will need to ensure that their customers also join them on their sustainability journey. So many banks are actively promoting SLLs to their customers which might not otherwise have considered borrowing an SLL.

While the growth story of SLLs over the past few years has been impressive, challenges remain in the development of the market.

As mentioned above, under the SLLPs an SLL links an economic outcome (usually a change in margin) to the borrower’s performances against agreed KPIs and SPTs. In the early days of SLLs, the margin adjustment was invariably downwards only. In other words, there was potential upside for a borrower (in the form of reduced interest payments) if it met the relevant sustainability targets, but no downside. More recently, two-way pricing adjustments are more common, such that the borrower’s interest rate can also increase if it performs badly against the KPIs and SPTs.

The SLLPs do not currently specify how a pricing adjustment should be applied (e.g. downward-only or twoway). While the trend seems to be toward two-way pricing adjustments, there’s no settled market position. Some commentators insist that, in order to preserve the integrity of the SLL product, the borrower needs to have some “skin in the game” – i.e. a two-way pricing adjustment. However, others feel that, given the lack of maturity of the market, for now a downward-only adjustment is reasonable, and there should be no fear of “failure” regarding meeting (what are supposed to be) stretch sustainability targets.

It is possible that the SLLPs may be updated in future in order to be more prescriptive about how to deal with pricing adjustments, but for now parties are free to agree their preferred approach.

If two-way pricing applies, a perverse situation can arise where lenders are receiving increased interest as a result of poor sustainability performance by the borrower. These optics are clearly problematic from an ethical perspective – the argument being that lenders should not receive a financial windfall as a result of a borrower creating excessive emissions or breaching other SPTs. Some lenders address this anomaly by requiring the borrower to apply those increased payments either towards the borrower’s own green or sustainable projects, or paying the increased payments to charity. Again, this issue is not something which is prescribed for in the SLLPs, but we are starting to see market trends develop in this area.

We are sometimes asked by lenders or borrowers who are new to the SLL market, “which is the authority which determines if a loan is compliant with the SLLs?”. The answer is that there’s no such authority. While the LMA, APLMA and LSTA publish the SLLPs, they have no oversight or approval role in relation to what qualifies as an SLL.

It is therefore for the transaction parties to get themselves comfortable that a transaction to which they are a party does indeed comply with the SLLPs. This is not just a boxticking exercise, either. Particularly in setting the KPIs and SPTs, judgment needs to be applied in choosing meaningful and ambitious targets. Some commentators are critical of this self-policing by loan parties, but there is currently no body which is willing or able to fulfil this role.

In the absence of such a body, the risk is that parties label their loans as SLLs without strictly applying the SLLPs. Such behaviour amounts to greenwashing – in other words, making statements about a company’s green/ sustainability credentials which cannot be justified. In this context, greenwashing has macro and micro effects. On the macro side, it risks compromising the integrity of the SLL market as a whole. On the micro level, the relevant parties to the transaction could be subject to litigation risk (from shareholders or special interest group) and even find themselves the subject of regulatory scrutiny. The recent raid on the offices of asset manager DWS by the German financial regulator, BaFin, as a result of greenwashing allegations (not related to SLLs) has certainly raised the prospects of regulatory intervention in other ESG-related areas.

Is it really moving the dial?

One criticism thrown at SLLs is that they amount to virtue signalling, and they do not meaningfully address the climate emergency which was memorably described as amounting to “code red for humanity” when the UN’s Intergovernmental Panel on Climate Change (IPCC) published its latest report in 2021, or meaningfully contribute towards achieving the UN’s Sustainable Development Goals (SDGs).

Sustainability professionals say that the time for incremental change is over – what is needed in business is transformative change in order to have any hope of achieving the goals of the Paris Agreement or the SDGs, and reducing emissions to net zero by 2050; and the SLLPs do not go nearly far enough.

Proponents of SLLs and the SLLPs would argue that we have to start somewhere, and SLLs are a way of encouraging companies to develop sustainability strategies, and focus on their sustainability performance, in a way that they might not otherwise be willing or ready to do. It is worth noting that there are a number of large companies which have been focusing on sustainability for decades. These progressive companies may borrow SLLs, but arguably the real value of the instrument is that it encourages other companies without this sort of heritage to think seriously about sustainability.

The SLL market continues to grow and is an important financing tool in encouraging companies to take sustainability seriously. The SLLPs have intentionally been drafted broadly in order to bring as many companies as possible along on a sustainability journey. There is much more use of carrot than stick.

However, if the SLL is to maintain its integrity as an instrument, and (more importantly) if there is to be a hope of meeting the goals of the Paris Agreement and the SDGs, then over time the SLLPs will need to be further tightened. We look forward to continuing to advise companies and their lenders on this exciting and important market as it develops. 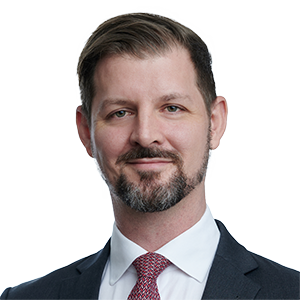