Norton Rose Fulbright’s vision and business principles are quality, unity and integrity. Our commitment to public interest law and pro bono work embodies and manifests these principles. We recognise our responsibility and privilege to contribute to the positive development of society and the need to use our cumulative professional skills to promote access to justice for the most vulnerable and disadvantaged members of society.

In addition to each of our lawyers rendering at least 24 hours of free legal work a year to the individuals and organisations who need it most, we have a dedicated public interest law team which renders pro bono services on a full-time basis, with a focus on public impact litigation.

The team aims to use their specialist skills to promote the fair and just operation of laws, policies and practices for all to protect basic human rights; for constitutional law reform; for strategic use of the law to effect social change and to provide advocacy for the most vulnerable and marginalised social groups.

District Six – where more than 60 000 people had their homes destroyed - is emblematic of the apartheid government’s programme of forced removals and racial discrimination. It is symbolic of the democratic government’s failure to implement the Restitution of Land Rights Act, enacted to remedy those forced removals. The forced removal has had severe long-standing repercussions, driving many people into poverty and desperation.

Our client is the District Six Working Committee, which represents approximately 2,400 families who had their homes bulldozed in the 1960s. The state has taken more than two decades to provide adequate restitution to the victims. Many of the claimants are elderly and are unlikely to see restitution within their lifetime without action against the State.

A successful application was launched against various State parties, seeking a declaratory order that the government was in breach of its constitutional duties towards the District Six claimants. The State has been directed by the court to formulate – and adhere to - a reasonable plan and programme to provide timeous relief for victims. It is under an obligation to report to the court on its progress on finalising restitution every three months until the process is completed.

Approximately 3,500 of the poorest, most vulnerable, women, children and child-headed households, survived for years without access to water. By law, the basic minimum the State is required to deliver is 25 litres of potable water per person, per day. Some families – even those of up to nine people – received just 9 litres of water a week.

This is insufficient for drinking, let alone survival. The water was contaminated with Cholera and E coli and caused illness. Their safety, health, ability to work and to be educated was affected. The people had to walk for kilometres on end to access alternative water sources.

On behalf of the residents and the South African Human Rights Commission, we challenged the government on the right to access sufficient water. With the success of the first court order, the 3,500 households obtained a sufficient but temporary supply of water. The second round of litigation currently being pursued seeks a permanent solution in the form of water supply infrastructure.

An elderly shack dweller had utilised her life savings to purchase a piece of land to build a permanent home. She discovered that the piece of land was occupied by unlawful occupiers and could therefore not build her home on it or take occupation of it. We launched eviction proceedings to have the unlawful occupiers evicted. The elderly lady received her property back and has built a house on it.

We intervened in an urgent application at the request of the High Court as amicus curiae on behalf of the Commission for Gender Equality, following the detention of a large group of Thai women at a detention centre. The Department of Home Affairs suspected that the women were victims of human trafficking. The court requested an investigation into the allegation, as well as recommendations. The Court agreed with the findings and then relied on the Commission’s report in setting out the procedure that must be followed for suspected victims of trafficking. This case contributed to the development of the law in the absence of more detailed regulations.

Charities and initiatives we regularly support

Langa Clinic
We work in collaboration with ProBono.Org on a pilot legal clinic for the indigent community of Langa. Our lawyers serve at the clinic monthly and provide legal assistance to hundreds of people on matters including domestic violence, property transfers, wills and contractual issues.

Community workshops
We work in collaboration with ProBono.Org on adult community education workshops across various indigent communities in the Western Cape. The topics include the law of succession and the basics of property law (e.g. the importance of registering the sale of a property). Workshops take place in Dunoon, Gugulethu, Langa, Elsies River and Kuils River.

Kids Haven
This organisation helps protect homeless children and children in crisis in Ekurhuleni (eastern Johannesburg) and give them a brighter future. It runs a children’s home and works extensively in the community through early childhood development centres and interfacing with families. We provide legal counsel, draft agreements, amend founding documents and provide governance and other advice.

Black Umbrellas
The brainchild of President Cyril Ramaphosa, Black Umbrellas develops 100 per cent black-owned businesses through their incubation centres. They have incubated hundreds of black-owned businesses and created thousands of jobs. We run a legal education programme and give talks on legal topics relevant to start-up enterprises and young SMEs. In addition, we are able to provide certain of the SMEs contractual support on a pro bono basis.

The Domestic Violence Helpdesk Project
This organization addresses the dire need of poorer people to secure the protection offered by the Domestic Violence Act. We run a helpdesk at the Randburg Magistrate’s court every Friday morning where we assist members of the public in applying for domestic violence protection orders. Our involvement significantly increases the court’s ability to assist unrepresented people.

The Wills Project
Offered, in conjunction with ProBono.Org, The Wills Project educates disadvantaged people about testate law. We meet with identified communities and hold information sessions on wills. We also draft wills for those who request them. During National Wills Week each year, we partner with corporates who have workers who lack the means to consult legal practitioners and run a version of this project with their staff.

Practitioner’s Guide to Refugee Law
In 2017, Norton Rose Fulbright, in collaboration with ProBono.Org, launched a guide which equips lawyers to offer their services to refugee free of charge. The guide is a summary of refugee law and sets out practical steps for lawyers to take on refugee-related matters. We regularly give training on refugee law. 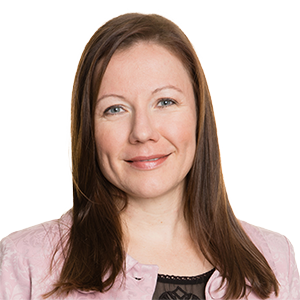