Skip to main content
Use of cookies by Norton Rose Fulbright
We use cookies to deliver our online services. Details and instructions on how to disable those cookies are set out at nortonrosefulbright.com/cookies-policy. By continuing to use this website you agree to our use of our cookies unless you have disabled them.
OK
I spent the past few weekends ploughing through the new Insurance Bill which has to be read together with the Financial Sector Regulation Bill, a monumental work of 295 sections and, with its schedules, 200 pages. This proposed legislation has to be read with the ongoing Retail Distribution Review which will add regulation upon regulation to the manner in which financial products are distributed.

Until 1998 we had one insurance act for generations. Then we had two, one for life and one for non-life business. When the Insurance Bill is passed we will have three, the two existing acts and the new act. Eventually they will all be consolidated and we will go back to one act.

The Insurance Bill gives life to the Twin Peaks model for the insurance industry. There will theoretically be a prudential regulator to keep insurers solvent and a market-conduct regulator to see that policyholders are fairly treated, both good aims. Each of them or both of them will produce ‘standards’ as to how insurers are to be behave. The standards determining how business will be conducted will roll down from the top of the twin peaks in an avalanche of new regulation. It is not clear who will be looking after what. The prudential authority promotes the soundness of financial institutions and market infrastructures and protects financial customers against risks of non-performance by financial institutions. As appears from the Insurance Bill, some of this has to do with how customers are treated. Whether you get or keep your insurance licence is dependent on the prudential authority’s views on your conduct. The market conduct authority enhances efficiency and integrity in the financial system, promotes the fair treatment of customers and assists in maintaining financial stability. If you are confused about who does what, so is the legislature. That is why provision has to be made for the two authorities to issue joint standards.

But what is the problem? At about the same time the Insurance Bill came out, the 2015 FinScope Survey was published. Of the 18.5 million people who are insured, nearly 12 million only have funeral insurance. Funeral insurance is sold on a low advice basis through many people including funeral parlours, trade unions and football clubs. Commission is unregulated and the appeal of one product over another is generally price-related so that the free market operates. The penetration by the rest of the insurance market is law and declining.

No-one suggests an unregulated market but the enormous burden of massive legislation on the regulators and the regulated is clearly not the solution. There is no reason to think that there would be a worse outcome if the adequate existing laws were rationally enforced. 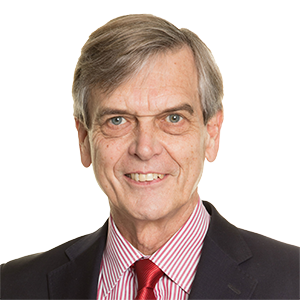