The Amendment Act has also tightened up the enforcement provisions to curb abuse of consumers by unscrupulous lenders and has imposed mandatory credit life insurance on all credit agreements for longer than six months but no more than R50 000 in value to prevent low-income consumers from falling into over-indebtedness due to changes in their financial circumstances that can be insured.

A consumer who (i) owes their credit provider a total unsecured debt of up to R50 000 under all their unsecured credit agreements, (ii) receives no income or received a gross income of R7 500 on average for six months preceding the date of their debt intervention application, (iii) is over indebted due to a change in personal circumstances or other circumstances and (iv) is not sequestrated or subject to an administration order, will be recorded as a debt intervention applicant. If these set criteria are met, consumers will be entitled to apply to the Regulator to re-arrange their unsecured debt within a period of five years or such longer period as may be prescribed by the Regulator.

To the extent that a low-income consumer’s debt cannot be re-arranged due to the fact that the income and assets of the consumer is insufficient to achieve a debt re-arrangement, the Regulator may recommend that the Tribunal suspends all capital, interest and fee payments under their qualifying credit agreements, in part or in full for 12 to 24 months and require the consumers to attend a financial literacy programme. The Tribunal must take into account, a whole host of specified factors before suspending a credit agreement. These factors include whether the consumer is a disabled person, a minor heading a household, a woman heading a household, an elderly person or whether the person has ever applied for debt review or for an order of sequestration or has previously had a debt extinguished by an order of a court or the Tribunal.

The Amendment Act also places an obligation on the Regulator to review the financial circumstances of the consumer eight months after a suspension order has been handed down by the Tribunal to determine whether the consumer then has sufficient income or assets to allow for the obligations of the consumer to be rearranged.

It is only after about 16 months, following the order of suspension, that the Tribunal can consider extinguishing in whole or in part, the consumer’s unsecured debt owing to his/her credit providers. The consumer will not be able to apply for any credit within 12 months of the order handed down by the Tribunal. Consumers who take part in the debt intervention process may not intentionally submit false information related to debt intervention to the Regulator or alter their financial circumstances in order to qualify for debt intervention because this is an offence under the Amendment Act. The Minister also has the right to change the gross income and total unsecured debt thresholds, which has caused a huge uproar in the credit market. 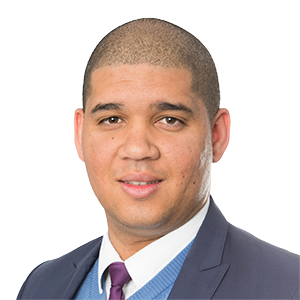