For the first time in South Africa, directors and managers will face jail time for participation in a cartel. Amendments to the Competition Act which introduce personal criminal liability for cartel conduct came into effect from 1 May 2016.

The amendment introduces criminal liability for directors and individuals with ‘management authority’ who are responsible for - or knowingly acquiesce in - cartel conduct. Cartel conduct includes the direct or indirect fixing of prices (including purchase prices) and trading conditions, market division, and collusive tendering among competitors or potential competitors. All members of the management chain (not only directors) are potentially at risk of prosecution.

An individual can only be charged if the company involved has already been found to have contravened the cartel provisions by the Competition Tribunal, or it has admitted a contravention in a formal consent order. The vast majority of cartel cases investigated by the Competition Commission in South Africa to date have been resolved through consent agreements. This development means that firms accused of engaging in cartel conduct will have to think more carefully before admitting to a contravention to settle a case for commercial reasons.

It is intended that individuals will be able to apply for leniency from the competition authorities the same way that companies currently can. The current policy allows only the firm “first through the door” to be granted immunity from an administrative penalty if it can provide sufficient information to enable the Competition Commission to successfully prosecute other firms for cartel conduct. It is therefore not clear whether an individual can be granted leniency if the firm they work or worked for has not applied for leniency. Amendments are required to the Competition Commission’s Corporate Leniency Policy to cater for this development. Because enforcement of this offence will be handled by the Department of Public Prosecutions and the criminal courts, immunity from the competition authorities may not be enough to shield managers from prosecutions. The amendment does provide that the Competition Commission may make submissions to the National Prosecuting Authority that an individual should not be prosecuted when the Commission views that individual as “deserving of leniency”.

The Competition Commission is in the process of negotiating a memorandum of understanding with the National Prosecuting Authority to determine how the criminal prosecution of these offences will be handled, including the leniency regime. There is some suggestion that the Competition Commission will ramp up its internal capabilities and work collaboratively with the National Prosecuting Authority on the criminal aspect of cartel investigations as is done in some other jurisdictions with both civil and criminal consequences for collusive conduct. Notably however, the competition authorities are subject to a strict confidentiality regime. In circumstances where individuals are interrogated by the Competition Commission as part of the investigation, nothing they say may be used against them in criminal proceedings. Accordingly the practical implementation of the criminal provisions and the scope of cooperation between the National Prosecuting Authority and the competition authorities will need to be carefully determined.

At the time that the amendments were signed, concerns were raised about whether the criminal provisions are in line with the South African Constitution, and particularly whether they uphold an accused’s right to be considered innocent until proven guilty. However, those parts of the amendments which caused the greatest concern have not been brought into effect (including those which state that a finding of the Tribunal of cartel conduct or a consent order constitutes proof for the purposes of the criminal prosecution that the company engaged in cartel conduct). The amendments preventing companies from paying fines or legal fees of their Directors and employees criminally charged also have not been brought into effect. However, the constitutionality of the criminal provisions may still be raised as a defence by anyone charged under the new law.

The criminal provisions will not have retrospective effect. It remains to be tested whether a cartel initiated before 1 May 2016 but with ongoing effects after that date could land its participants in jail. Anyone engaging in cartel conduct should desist immediately.

What should companies and their directors do to protect themselves against these increased risks? Recommendations include: 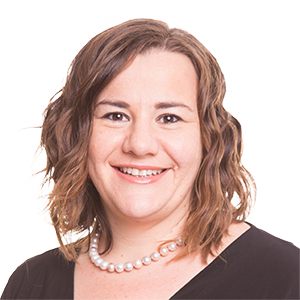