Whilst flying back from the Middle East in the early 90s, with the price of Brent oil floating around US$20 a barrel, I sat next to an oil broker who argued that, in ten years, a barrel of Brent would be worth over US$100, and it would not drop below that level. We disagreed, so he handed me his business card and a US$10 bill on which he wrote the current oil price and told me to send him the bill back when he was proven right. That bill has changed hands between us several times now over the years. Accurately identifying future trends is likely as difficult or futile as predicting the oil price. If history offers us any certainty, it is that there will not be one defining trend for energy arbitration through 2018 and beyond. Instead, we should anticipate that new types of energy arbitration will emerge, whereas others may decline.

There is no denying that disputes across the energy sector continue to dominate international arbitration both in number and value, with the highest value arbitral awards in history arising from energy-related arbitration. That seems unchanging.

Upstream, the fall-out from the low oil price over the past few years has resulted in a reduction of exploration and development, with projects put on hold or even terminated. Joint venture agreements are, of course, very prevalent in the energy sector and the economic impact of the low oil price has hit participants to production sharing agreements and joint operating agreements hard, resulting in defaults or AFE/budget disputes. Those have led to an increasing number of operator/ non-operator disputes over licence obligations as well as royalty payment disputes as operators struggle with their cash flows to continue financing and operating. Conversely, a reduction in active projects has resulted in less employer/contractor disputes.

With the oil price now on the rise, although bankruptcy filings stemming from the fall in oil prices are far from complete, the number of new bankruptcies for exploration and production, midstream and oilfield service companies has been decreasing. Disputes will still shadow the historic insolvencies as, by entering insolvency, these companies are likely to have defaulted on any number of contractual obligations, resulting in counterparty claims. In turn, as more complex, challenging and high cost projects (on-shore or deep water) come back on stream, operational issues and disputes will likely increase.

Whilst tighter margins have caused their fair share of downstream disputes, most of these by their domestic nature tend to end up in litigation in national courts as opposed to domestic or international arbitration.

The gas sector too has been a frequent battleground. Political regime change has resulted in significant cross border gas supply disputes and international arbitrations. In addition, as many LNG contracts were traditionally indexed to oil, there has been a significant number of high value LNG price review arbitrations over many years. Dynamic markets, matched with volatile prices, led to buyers or sellers under long term supply contracts seeking to take advantage of price review provisions to adjust the LNG price depending on changing market conditions. Arbitration is generally the forum for resolving such disputes. As LNG price review disputes arise from a party’s attempt to negotiate based on a contractual right and result in an arbitral tribunal enforcing such a right, they are unlike other commercial disputes. For this reason, their prevalence has carved out a whole new brand of energy arbitration. If any sector is in the running for winning the competition for highest-value commercial arbitrations globally, then LNG price review disputes are likely to remain a good bet given the value of these cases can reach the billion dollar mark.

In Europe, with wholesale gas contracts now more frequently linked to Hub indexation and not much left to argue that has not already been argued, that particular roadshow has quietened down but it may re-emerge in Asia-Pacific and other regions where LNG contracts remain indexed to oil.

In recent years, a number of developing states have either threatened, or completed, the termination of their bilateral investment treaties (BITs), and the number of new BITs being entered into is decreasing. This is likely to impact the energy sector, where foreign investment in emerging markets is critical. Concerns as to the legitimacy of investor-state dispute settlement (ISDS) have also been raised. UNCITRAL’s working group on the subject flagged inconsistency, lengthy duration, extensive cost and lack of transparency as just a few of its issues with ISDS. There may be scope for reform in the future. Last year, the UNCITRAL Secretariat produced a note on “Possible Reform of investor-State dispute settlement”, and the EU’s submission to the working group proposed the establishment of a multilateral investment court as an alternative to investor-state arbitration. The recent judgment by the Court of Justice of the EU (CJEU) in Slovak Republic v Achmea BV, has also created much debate among arbitration practitioners, as the CJEU has effectively put an end to investment treaty arbitration based on a BIT between EU Member States (so-called Intra-EU BITs).

Despite this scepticism, there have been record high numbers of investor-state disputes. The currently low price of commodities and investment in crossborder projects makes it unlikely that investor-state arbitration will dry up anytime soon. Even where states have terminated BITs, sunset clauses will mean the continuation of claims for a number of years. Likewise, any reform or replacement of the ISDS system will be a slow burn.

There is also no sign of decline in the number of cases invoking the Energy Charter Treaty (ECT). Although Russia and Italy withdrew from the treaty in 2009 and 2015 respectively, no other states have yet followed suit. Since the first case was registered in 2001, the Energy Charter Secretariat has tracked 114 publicly known investment arbitration cases where the ECT has been invoked. Despite their relative youthfulness in the disputes sector, renewable energy projects have recently contributed to these statistics, in particular with Spain being challenged over tax reforms for solar project investments. The scale, complexity and cost of both solar and offshore wind projects are likely to give rise to investment, regulatory and operational issues and therefore more disputes will follow.

Of course, one cannot ignore the Trump factor. Right or wrong, the US President’s determination to deregulate the US energy industry and achieve energy independence is having far reaching consequences for the global energy sector. Those of protectionism through steel tariffs and of the Iranian sanctions have yet to play out. It is over a year now since the Trump administration decided to withdraw the US from the Paris Agreement (although its withdrawal will not take place until 2020). As the Paris Agreement does not impose binding obligations on its signatories, the US will not face trade sanctions from other contracting states. However, its withdrawal may lead to treaty arbitration claims for failure to meet international policy in relation to climate change. The Trump administration is also showing scepticism towards ISDS. In the course of its NAFTA re-negotiations last year, it posed the possibility of opting out of the NAFTA ISDS provisions. The power that international arbitral tribunals can wield over the US does not sit well with the Trump administration’s consistently nationalistic rhetoric.

Finally, as large numbers of state companies, NOCs or otherwise, spread their wings outside of their home states and look to invest and participate in international markets, the possibilities for a wider range of disputes cannot be ruled out.

Energy corporates are facing increased levels of scrutiny of their environmental impact and, consequently, potential disputes in relation to their contribution to climate change. There is a broad range of cases that could be defined as climate change disputes, and these may involve private entities, states or both. Due to the public policy element, most cases in which climate change policy is the sole purpose of the dispute have been brought in the national courts. However, where climate change is but one point of dispute amongst many, arbitration can play a part. As a body of climate change case law continues to grow, so too does the risk posed to corporates active in the energy sector where environmental impact is inevitable. The availability of claimant funding will be a key aspect in this, whether provided by specialist vehicles or now even by crowdfunding. A notable crowdfunded case to watch is that of Peruvian farmer Saul Luciano Lliuya, who is suing an energy company before the German courts for its alleged contribution to climate change which is threatening his Andean home.

Another focal point for energy arbitration will be the People’s Republic of China’s “Belt and Road Initiative”. This vast spread of projects focuses on infrastructure, energy and transport across the land-based Silk Road Economic Belt and the ocean-based Maritime Silk Road, with the aim to connect China with the rest of Eurasia. The initiative encompasses more than 70 countries and has attracted investment of an estimated US$900 billion in projects planned or already in progress. With developers, contractors and investors involved globally on such an ambitious scale, the scope for commercial disputes is vast. As these projects get underway, predominantly in developing markets, construction disputes will inevitably arise. The International Chamber of Commerce has identified this prospect and, in March 2018, announced that it would be launching a commission purely to address Belt and Road disputes. Similarly, the Hong Kong International Arbitration Centre (HKIAC) has established an advisory committee and website to assist parties to Belt and Road projects and related disputes.

The proliferation of new arbitral seats

Finally, international arbitration itself is slowly changing. International arbitration – arbitral appointments, tribunals, seat and process – can no longer be regarded as a Western game. Arbitration is opening up to new players and participants across Asia, India and Africa. In Africa, for example, international investors have traditionally chosen one of London, Geneva or Paris as their preferred seat for Africa-related disputes. But over the last few years, there has been considerable growth in the number of arbitral centres across the continent and many African governments and national companies are beginning to insist on African seats and Africa-based arbitration centres. This multiplicity of new rules, seats and institutions, as well as the revamping of rules between now competitive institutions to attract arbitral business worldwide, brings with it uncertainty that did not previously exist within the tighter arbitral fraternity. There will also be an element of a learning curve as these grow and develop. If the quality of process is safeguarded, including a pro-arbitration approach of local courts, then these developments should be welcomed.

As always in the energy sector, an uncertain political landscape combined with cross-border investment in energy projects and fluctuating prices creates the model ecosystem for a whole spectrum of energy disputes to emerge globally, with arbitration remaining a key method of dispute resolution.

That’s how I see things, but I could of course be completely wrong.

With special thanks to India Furse, Associate, for her contribution to this article. 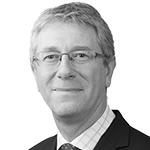