The state of the South African mining industry has changed indelibly over the past four decades.  From being one of the largest contributors to South African GDP, its contribution has shrunk to a third from its peak over the period.  In 2013, the mining sector accounted for 8.3% of GDP directly, on a nominal basis, in contrast to the industry’s peak in the 1970s where it contributed in excess of 20% to GDP 1 .  In difficult market conditions such as these with extremely constrained capital markets, mining companies are increasingly looking for alternative forms of funding to fund expansion projects.  Streaming has increased in popularly globally as an alternate form of funding in the mining industry.  This article looks at the development of this form of funding and some key considerations when considering a streaming transaction.

The significance of South Africa’s mineral endowment is not in dispute.  According to the head of CSRI’s Natural Resources and Environment research unit Prof May Hermanus, who addressed the Portfolio Committee on Mineral Resources in June 2015, South Africa is the world’s richest country in five different minerals; namely platinum, which amounts to 87.7%; chromium, 72.4%; manganese, 80%; titanium, 65% and gold, 12.7%2 .  Mining is fundamentally intertwined with South Africa’s history and it remains important to the South African economy.  There is no disputing that it will continue to be an important industry in the South African context for a long time to come, notwithstanding its current challenges.

Everyone understands that the industry is facing severe headwinds.  This is not only the case in South Africa, but globally.  There are complex reasons for this and one of the principal reasons is the decline in global commodity demand and consequently prices. The Chinese slowdown and reduction in demand for commodities has resulted in a global slump, an effect particularly felt in the commodities sector.  China and to a lesser degree other emerging economies, such as the BRICS states, are reaching the end of their industrialisation process, which commenced in the early 1980s.  The decade between 2000 to 2010 saw an unprecedented rise in commodity prices due, in the main, to concerns over supply and extraordinary demand.  This led to a commodities super-cycle.  Some economists are predicting that the cycle is at the end (or nearly at the end).

One of the effects of the super-cycle was that it led to massive expansion in the sector with vast amounts of budgeted expenditure being allocated and spent on exploration.  Expansion and lowering demand has left most minerals in an oversupplied state, further softening prices.

Corrective measures have been put in place and capital expenditure, particularly for exploration and new projects, has been significantly reduced as cost-saving measures have been imposed by many of the major mining companies.  Several major mining companies and global commodity traders have also reduced supply output in an attempt to create a healthier price elasticity ratio.

Mining companies often use commodity prices of what they produce in the forecasting of the cost of production and profitability of projects.  Many large-scale mines were in recent years designed, developed and built on certain price assumptions.  Those assumptions have changed and they have changed dramatically.  As prices in commodities continue to sink to new 6, 7, 8 year lows, the economics of several projects which were conceptualised a few years ago appear increasingly less defensible.  It is in these difficult financial times that cash-strapped mining companies are looking at alternate forms of funding, in combination with other rationalisation measures such as portfolio optimisation and capital preservation to ensure the long term sustainability of mining projects in the current climate.

Most basically, capital sources can be divided into two broad categories: share capital (being capital injected into the company by shareholders) and debt financing, which can be take the form of external debt by banks or other financial institutions and internal debt funding through for the example instruments such as corporate bonds.  A capital raising by way of a fresh issue of shares (rights issue) is typically done at a discount to the trading price of the share.  This is usually done in order to incentivise existing shareholders to take up such number of shares held by them on a pro rata basis.  If the share price of a listed share has declined significantly then a recapitalisation by way of a rights issue becomes increasingly unattractive as the discount required to incentivise shareholders to follow their rights will compound the effect of an already low share price.  When a highly geared company undertakes a rights issue in order to shore up its balance sheet it often achieves very little as profits are typically low and future profits are diluted.  An enhancement in the underlying business is then required and not a change in the capital structure.

As a consequence of this and the constraints on the capital markets generally, mining companies are increasingly looking to alternative forms of financing to achieve the necessary liquidity and operational restructuring.  One such option is a mineral or metal stream.  A stream is a form of forward purchase and sale of the metal or mineral being produced by a mine at a discount to the market price.  Simply put a stream is a mechanism whereby a mining company can receive the required capital upfront, which capital is then typically used for capex requirements (for example: an upgrade to an existing plant or developing a new mine or extending existing parts of a mine to follow an undeveloped part of an orebody) and which has no dilutive effect on shareholders.  The capital amount is typically paid in an upfront lump sum or in several tranches and is repaid by delivery of certain pre-agreed amounts of metal at an agreed price to the lender, discounted to the spot (market) price.  Through such a transaction the lender gets exposure to physical metal at guaranteed volumes and assumes very few of the risks that are typically associated with an equity investment (i.e. a shareholder in a mining company).  This is something that in recent times has made streaming investments attractive to private equity firms for example.  The lender in a streaming deal is in effect a partner (in a commercial sense) of the mining company.  Their interests are aligned.  This is in sharp contrast to third party funding, which typically prescribes a rigid repayment schedule, something which is difficult to meet in a cash constrained environment.

Streaming transactions are not common in South Africa.  They are however popular in other mining jurisdictions, in particular in Canada.  There are several listed companies which base their business model on metal streams.  The streaming agreement (or metals purchase agreement) is the principal agreement in streaming transactions.  As it is in effect a funding transaction, security plays an important part of the transaction.  The classification of the transaction as debt or not is important and may have unintended consequences, including the breach of existing borrowing covenants and corporate financial ratings.  Each transaction is different and needs to be evaluated individually, but not taking security over project assets as part of the transaction, may assist in the classification of streams as not being debt.

The advantages of streaming are clear.  It is a non-dilutive form of funding, which allows a company requiring cash to retain control over its assets and operations.  Furthermore the company retains flexibility to raise capital at a later stage either through debt or equity.  The interests of the lender and the mine (borrower) are generally aligned.  The borrower does what it does best, namely mine, and the lender is able to avoid operational risk and leverage the upside of an increased price in the metal.  It is expected that this form of alternative mine financing will gain popularity in South Africa in future in current market conditions. 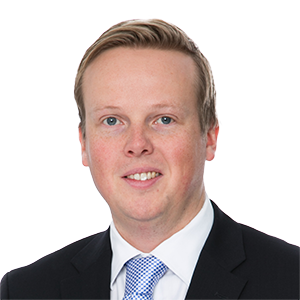