South Africa’s Minister of Finance, Mr Tito Mboweni delivered a surprising budget for 2020/21 before Parliament today by opting not to increase tax rates, highlighting the fact that in the current economic environment, substantial increases are likely to be ineffective. The focus of the budget over the last five years has been to reduce the deficit through tax increases, whereas the focus of this budget is to decrease expenditure. This is in contrast to the October 2019 Medium Term Budget announcement, which indicated that additional tax measures were under consideration.

The central challenges currently facing the government are to raise economic growth and reduce the current budget deficit, which is expected to rise to 6.8 per cent of GDP in the current year. With economic growth forecasts slashed to less than 1 per cent, tax revenue collection in 2020/21 will once again disappoint and there is a real risk that the government will be forced to implement more pervasive tax and expenditure policy changes in the short-to-medium term.

The increases in the carbon tax and plastic bag levy are expected to raise an additional R2bn. The adjustment of personal tax brackets and rebates by 5.2 per cent, however, counteracts this R2bn contribution to the fiscus.

The government has taken steps to adjust expenditures downward, the largest portion of this cut coming from reductions to the public sector wage bill in the amount of R160.2bn over the next 3 years.

As far as State-Owned Enterprises are concerned, the Minister announced that the government will transfer R112bn to Eskom over the next three years to enable it to meet its short-term financial obligations. An additional amount of R16.4bn has been set aside for SAA to pay guaranteed debt and interest costs.

Government’s short-term focus is to rebuild public trust in and the capacity of SARS with the intention of improving tax collections and tax efficiencies. Government has also indicated its commitment to building partnerships with the private sector to provide infrastructure. The Infrastructure Fund has a project pipeline with potential investments of more than R700bn over the next 10 years, including both government and non-government contributions.

The international credit rating agencies are likely to focus their attention on any proposed structural reforms, indications of reduced government spending and whether these announcements are sufficient to restore confidence in the government’s ability to bolster a sluggish economy. An additional consideration for the ratings agencies will be that gross debt-to-GDP ratio is expected to increase from 65.6 per cent in 2020/21 to 71.6 per cent in 2022/23.

In conclusion, the content of the 2020/21 National Budget is unexpected and thwarted the predictions of many. Although the government elected to grant taxpayers some welcome relief, the budget deficit is steadily increasing and the debt-to-GDP ratio is still forecast to exceed 70 per cent within the next two years. The number of beneficiaries of social grants has increased by 1 million people and is expected to exceed 19 million people within the next two years. While taxpayers will likely embrace the 2020 budget, the above leads one to doubt whether the budget proposals will be sufficient in avoiding a ratings downgrade.

The main budget proposals for the 2020/21 fiscal year are as follows: 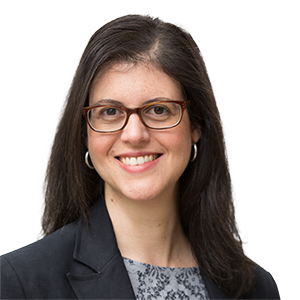