Following the decision Viking In Shore v Mutual & Federal Insurance Co Ltd (41/2015) [2016] ZASCA 21, underwriters and their insureds should carefully consider how, they word Inchmaree clauses in their hull policies. The extent to which clauses in the policy are governed by promissory warranties, such as the Merchant Shipping Act warranty, has also been highlighted.

On 8 May 2005 off the coast near Cape Saint Francis the fishing vessel MFV Lindsay collided with the MV Ouro do Brasil, a bulk juice carrier on a voyage from Singapore to Santos, Brazil. The MFV Lindsay capsized and sank with 16 crew members on board. Fourteen crew members drowned with only the Master and a spare hand surviving.

In Shore Fishing (Pty) Ltd (Viking) owned the MFV Lindsay, and claimed an indemnity under the policy for the agreed value of the vessel, nearly R3,5 million, inclusive of VAT. Mutual & Federal Insurance Co Ltd, insured the Lindsay in terms of a Marine Hull insurance policy.
On the information obtained after the collision and provided following a Marine Board of Enquiry, the insurers rejected the claim on various grounds.

The policy incorporated the “Institute of Fishing Vessel Clauses”. The perils insured against were set out in clause 6.2 the important part which reads as follows:

“The insurance covers loss of or damage to the subject-matter insured caused by 6.2.1 Negligence of Master, Officers, Crew or Pilots; provided such loss or damage has not resulted from want of due diligence by the Assured, Onus or Managers.”

“1. In consideration of an additional premium this insurance is extended to cover: 1.1 … 1.2 Loss of or damage to Vessel caused by any accident or by negligence, incompetence or error of judgment of any person whatsoever. 2. … 3. The cover provided in Clause 1 is subject to all other terms, conditions and exclusions contained in this insurance and subject to the proviso that the loss or damage has not resulted from want of due diligence by the Assured, Owners or Managers.”

Wallis JA described these two clauses as Inchmaree clauses as they extended the indemnity under the policy to situations beyond perils of the sea.

The insurers relied on the following warranty, referred to as the Merchant Shipping Act warranty (the MSA warranty) which reads as follows:

“Warranted that the provisions of the South African Merchant Shipping Act and their regulations pertaining thereto shall be complied with at all times during the currency of this policy, provided that this warranty shall be effective only to the extent of those regulations which are promulgated for the safety and/or sea-worthiness of the vessel(s). It is understood and agreed that this warranty shall in no way be construed to nullify the ‘Inchmaree’ Clause, or any part thereof in the Institute Clauses attached to this Policy.”

The MSA warranty is a standard clause in Marine Hull policies issued by South African underwriters in relation to South African vessels.

The Supreme Court of Appeal found (for the purposes of the case only) that both of the crews of the two vessels had been negligent which caused the sinking of the MFV Lindsay, and that clearly the risk that materialised was a risk covered by, Inchmaree clauses.

The court held that: “[t]he straight forward construction of the warranty and the proviso” did not render the warranty to have no application. The MSA warranty continued to have full application to those claims arising under the policy other than those that arose under the Inchmaree clauses.

By adopting the straightforward construction, it was not necessary for the court to consider whether the MSA warranty was breached or not.

Wallis JA rejected the approach put forward by the insurers regarding the MSA warranty. The insurers argued that at every moment of every day during the period of cover, Viking was obliged to comply with every regulation promulgated under the MSA for the safety and sea-worthiness of the vessel. The insurers had contended that any departure from this rigorous degree of compliance entitled it to avoid liability under the policy .

“Those contentions adopted an extreme view of what was required from the Insured in order to comply with the warranty. I am by no means satisfied that it was the correct view. Such warranties are to be construed favourably towards the Insured because of the impact upon the liability of the Insurer. In other words they are to be given a practical and business-like construction in the light of the purpose of the clause and the insurance policy. They are therefore not likely to be construed as invalidating cover on grounds unrelated to the loss.

Looking at the MSA warranty in this light, it is plainly intended to require the Insured to comply with those regulations promulgated under the MSA that had to do with safety and sea-worthiness. But it is less plain that Mutual & Federal’s liability under the policy is always contingent upon such compliance. Where that liability arises from Insured peril having nothing to do with the safety or sea-worthiness of the vessel, such as for example, violent theft by persons from outside the vessel, piracy, break down of or accidents to nuclear installations reactors, contact with aircraft or similar objects, or earthquake, volcanic eruptions or lightning, can hardly be thought that the identity and qualifications of the crew on board with the absence of fire-fighting equipment or life jackets, should affect Mutual & Federal’s liability to make good a loss under the policy. That points towards a construction of the warranty that it applies where the breach of regulations is materially connected to the loss that has occurred.”

Wallis JA also commented that when interpreting the MSA warranty account must be taken of the ordinary eventualities that may accompany a sea voyage. The judgment gives various examples of such occurrences, such as where a life jacket being lost overboard or damaged while at sea. In those circumstances Wallis JA doubted that it could be thought that the vessel should return in every such instance immediately to port to remedy the deficiency spurred on, no doubt by the thought that until they did so it would have no marine hull cover under the policy. The Judge concluded that “it seems a very harsh construction of the warranty to say that there is no cover in such instances”.

The proviso in the Inchmaree clauses was that the cause of the loss should not be due to want of due diligence on the part of the Insured or the owners or managers of the insured vessel (as opposed to the due diligence of the Master and crew).

The court held that the onus is on the insurer to establish a want of due diligence on the part of the the owner or the managers that caused the loss; and that this inquiry is not dependent on the conduct of the crew but rather on the conduct of those responsible at a higher level of management in the company. The court concurred with Arnould’s (a leading publication on marine insurance) statement that “want of due diligence is the ‘personal failure of the assured, owners or managers, or their alter ego in the case of corporate bodies, rather than the failure by a subordinate’”.

Want of due diligence is concerned with equipping the vessel for the voyage and not with sea-going or operational negligence, which is one of the perils insured against. The insurers had not been able to produce any evidence that the sinking of the MFV Lindsay resulted from want of due diligence by Viking.

The decision is, in our view, correct. The decision serves as a caution to underwriters to carefully review their hull policies with regard to the application of warranties. The decision clearly sets out the purpose and nature of Inchmaree Clauses, in that these clauses are to extend the indemnity under the policy to situations beyond perils of the sea.
﻿ 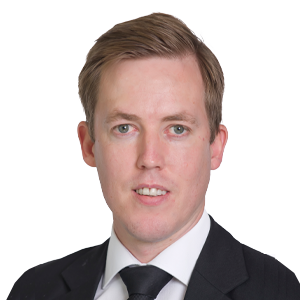