Section 187(1)(c) of the LRA provides that it is automatically unfair for an employer to dismiss an employee where the reason for that dismissal is the employee’s refusal to accept a demand in respect of any matter of mutual interest. In other words, seemingly an employer may not dismiss an employee who refuses to agree to the variation of their contractual agreed terms and conditions of employment.

The company embarked on a restructuring exercise to increase profitability and issued a notice to NUMSA that it contemplated possible retrenchments. During the consultation process, the parties agreed to the re-grading of certain positions in order to save costs and avoid the need to retrench any NUMSA’s members. The catch however was the re-grading process required the company to amend the terms and conditions of employment of the employees. When the employees resisted this change, the company proceeded to retrench them.

NUMSA instituted action in the Labour Court in which it contended that the company had sought to force its members to accept a demand over a matter of mutual interest and that the resultant dismissals were automatically unfair. Both the Labour and Labour Appeal Courts rejected this argument.

The Labour Appeal Court found that, whilst employees cannot be dismissed for refusing to accept a demand over a matter of mutual interest, they can be dismissed if that refusal results in a “more dominant or proximate operational necessity.” In other words, if the employees’ refusal to accept the change increases the prospect of, or requires the employer to embark on operational requirement dismissals, then it will not be unfair for the employer to retrench those employees who resist the change.

The refusal by NUMSA’s members to accept the consequences of re-grading necessitated the company’s need to retrench them. Furthermore, the company’s demand that the employees accept the re-grading was not made in the context of collective bargaining per se, but as an effort to avoid job losses designed to achieve the company’s operational requirements – in this case, to increase profitability.

As was pointed out by Aveng during its submissions before the LAC, the very point of the distinction is to allow employers to engage in section 189 consultations where a possible alternative to dismissals is the reduction of terms and conditions applicable to the employees under the threat of those dismissals. If the consequence of pursuing such a strategy is exposure to a claim of automatically unfair dismissal, employers would simply not entertain such an option thereby undermining the fundamental purpose of section 189, namely to encourage meaningful consensus-seeking whereby jobs can be saved.

The Labour Appeal Court’s judgment will provide comfort to employers who genuinely believe that an amendment to the terms and conditions of employment applicable to their employees will avoid possible retrenchments. Employers ought, however, to be aware that where a retrenchment exercise is utilised as a ruse to secure for example, a lower wage bill, the courts are likely to conclude that any dismissals arising from such a strategy are automatically unfair.

NUMSA & others v Aveng Trident Steel (a division of Aveng Africa (Pty) Ltd) and Another, unreported judgment of the Labour Appeal Court 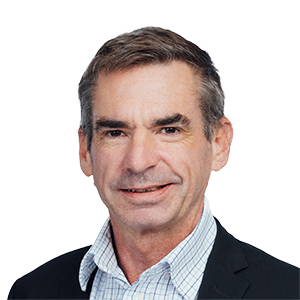