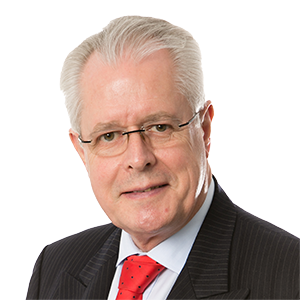 Hugh Bisset is a commercial lawyer based in Johannesburg. He is a director of our South African practice and his current position is General Counsel and Head of Compliance. He is responsible for risk management and conflict management within the firm and between the firm and the other member firms of the Norton Rose Fulbright Verein. In addition he is responsible for drafting and updating the internal policies of the firm, and ensuring compliance with them.

He has done work for all the major South African banks in trade finance deals, for the most part involving cross-border transactions elsewhere in Africa (Ivory Coast, Zambia, Zimbabwe, Botswana, Malawi, Gabon, Mali, Kenya, Tanzania, Sudan, Ghana, Mozambique, Angola, DR Congo, Swaziland), but also in Europe (Turkey and Holland) with respect to food products, fuels, heavy machinery, refined and unrefined mineral products, cement, communications equipment and crude oil. He was involved in negotiating the shareholders' arrangements, and later the legal oversight of the EPCM process, in the Mozal Smelter Project in Mozambique. He advised the concessionaire / borrower in the Bulawayo-Beitbridge Railway Project. He advised the European Investment Bank (EIB) with regard to its loan to the concessionaire / borrower in the N4 Platinum Toll Road. More recently he advised Botswana Power Corporation in regard to the multi-billion-Pula coal supply agreement for its Morupule Power Station expansion. He has been involved in numerous business buyouts and restructurings and advised financial institutions and commodity trading entities on security and other aspects of commodity trading transactions both in and outside South Africa.

Hugh obtained his LLB (Honours) (London) degree from the University of Rhodesia in 1972, later qualifying as an advocate (in 1974) and being admitted as a legal practitioner (in 1981) in Zimbabwe. He was admitted in South Africa as an attorney in 1995 and a notary public in 1997. Before joining us, Hugh was a prosecutor in Zimbabwe from 1972 until 1977, then practised as an advocate at the Bulawayo bar until 1984 and as an attorney in Bulawayo until 1993. From 1993 until he joined the firm he practised in the Durban firm Woodhead, Bigby & Irving. He is a member of the Law Societies of the Northern Provinces, KwaZulu-Natal and Cape Provinces and is still on the roll of legal practitioners in Zimbabwe. Hugh joined the firm in 1996 and practised in the Commercial Department until his current appointment in 2011. In addition to his compliance and general counsel duties he assists in commercial matters handled by the Corporate, Mergers and Acquisitions, and Banking and Finance, teams.