A collection of writings on weather. A set of voices. As full of interruption and changeability as weather is.

I walk into my home office and turn the heater on. Outside the window the sun is rising. A few yellow leaves fly across my view.

I am reminded that the sun always gives light and warmth, even as the sharp breeze brings withered leaves.

On winter mornings he knew what the weather would be as soon as he entered the drawing room, because the bay window faced east over the lawn and on perfect clear days the curtains would be suffused with rosy light. He would fling them open and see the gold and pink sky with the tracery of bare branches silhouetted against the horizon, and the dawn rays raking through the silver birches and across the frosty grass. Some days he sat and watched the dawn, as banks of purple, gold and pink moved slowly up the sky, the scene matched by a Daum vase he had placed in the window, itself opalescent gold with a pattern of trees and grasses in purple around a pond, turned incandescent by the rising sun.

It was not how I planned it.

I was standing above a river network, the lilac sunset reflecting off the plush drenched Lowveld, the swollen Crocodile River gluttonous with summer rain and lazy constituents, hippos sighing in the last light, bedazzled in the dusk. Eclipsed by birds and trees and immutable life, I felt safe standing there, safe to sigh off my accumulated baggage and leave it at the foot of that expansive moment. My baggage was disregarded by the snort of a hippo and the ballet flight of a flock of birds.

Weather shapes our landscape. In mediaeval times—when the winters were colder than they are now—the local farmers turned to advantage the low-lying, flood- and frost-prone water meadows on which I now live. To encourage grass to grow as early as possible in the spring (to supplement exhausted winter fodder supplies), they had to stop the earth freezing. Flooded earth does not freeze, even when the water above it does. So the farmers criss-crossed the fields with low walls and when the autumn rains came they diverted the nearby river to flood the fields. The walls trapped the water—and the fertile silt within it. Once the winter frosts were gone, the farmers raised the sluice gates to drain the residue, allowing the grass to start growing immediately, thus gaining a good month. Mechanisation of farming brought this system to an end. Farmers wanted larger, unobstructed fields to drive increasingly large machinery over the land. But that history still marks the land: under the grass, and in occasional outcrops, the old walls can be traced. Now, as extreme weather causes more frequent uncontrolled flooding, stripping nutrients from the soil, perhaps it is time for us to rebuild the walls.

A slow stirring. Clouds drift on the gentlest breeze.

Weights and elliptical in the basement. Clouds coalesce and filter nascent sunlight.

Expert witness in discussion. Water splatters on the glass.

Plans in train to win the motion: an army of drops charges into windowpane.

The tap in the skies has shut off

Lunch, and nothing else, blinking in the sudden bright sun

A thin glass pane holding back a cascade of water and a biting wind.

A staccato of raindrops and a global panel.

Water showers down in cross examination.

Then a steady drizzle as the sun slides away. Dinner while drafting.

Review of emails. A cloud drifts on the breeze. Phone to silent. 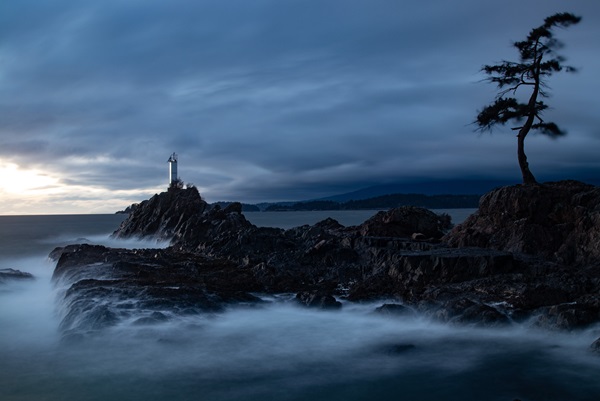 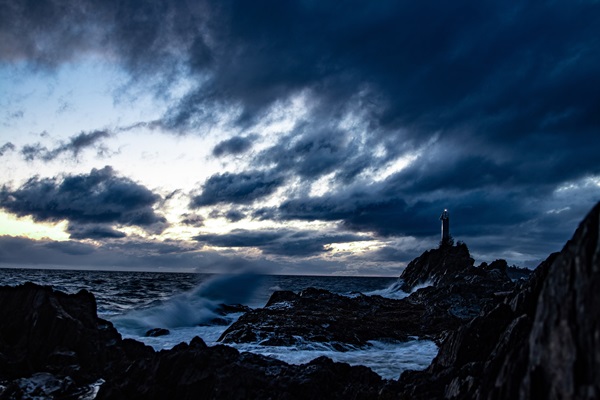 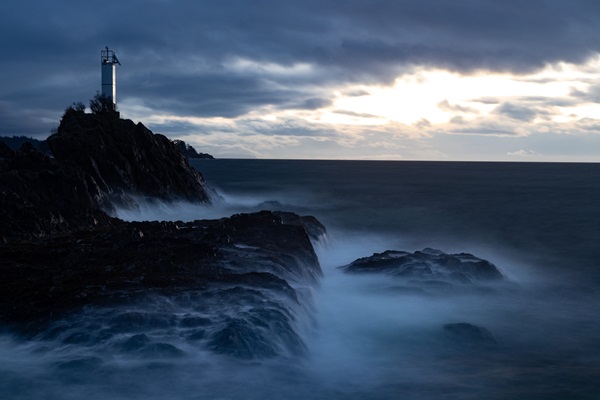 The mist has swallowed up everything. There are a few sharp tones—the birds, the boats, signalling their presence—but otherwise it’s all muffled. There is the scattered sound of human voices by the water’s edge but the edge is lost, scumbled. The outlines of the trees are cloaked in grey. There is an absence of definition and scarcely any movement. In one sense, the mist makes you want to square up to it and find your way in. But you don’t. You turn around and go home. You stop looking.

TO: January, Thunder Head, Cumulonimbus, THE SKIES. Weather here! Wish you were lovely. FROM: Summer x

It was still too cold to sit on the terrace in the lengthening spring evenings, but he did it anyway, and he could just feel the lingering warmth of the afternoon radiating up from the flagstones even as he watched the play of the setting sun on the wood opposite, flashing on the stark white trunks of the silver birches and glowing on the green mist of their newly opening buds which were beginning to obscure the hillside, and the jade of the crab apple’s fresh growth, contrasting with the ornamental beech beside it that was still cloaked in the rich russet of last year’s dead leaves.

She sighs. They bend in her breath.

She turns on her side. Eyes closed. Back to the dawn.

The sun peers above the curve of her waist. Wrapping around

On her feet. Tiptoeing. Carrying the morning in the crook of her arm.

Scattering a harvest of pink light. Rouging sleeping leaves as she creeps past.

She is always a shout and a whisper; a breath.

Howling: she bangs her fists on the ceiling. Calling light into flames.

Unburdened. She rolls into herself. Face to the dusk.

The downcast sun at her waist.

The weather rains down upon the world whether we are here or no.

After hours of looking at a screen—and starting to feel, in Wordsworth’s words, that ‘the world’ is too much with me—I turn and gaze at the distant Magaliesberg. This ‘modest but well-defined mountain range’ (says Wikipedia) forms a natural barrier between the lower Bushveld and the higher, cooler Highveld. The summer rains come as thunderstorms here. The lightning against the black rain creates spectacular displays—displays that may have been seen three million years ago by the earliest hominids who lived in this cradle of humankind.

Little we see in Nature that is ours;

The winds that will be howling at all hours,

For this, for everything, we are out of tune;

It moves us not

Wordsworth’s gloomy forebodings come to naught in the face of this sight and these rolling sounds.

I go about pitying myself

While I am carried by the wind 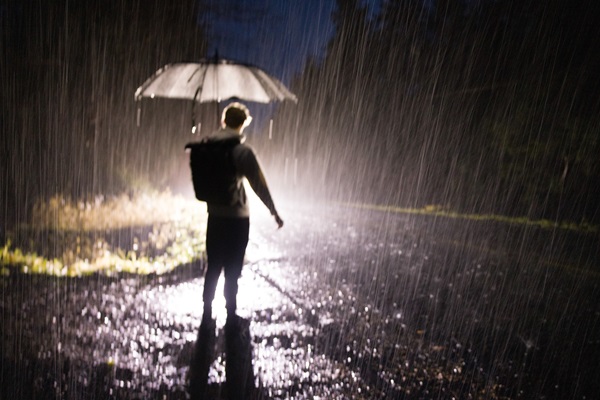 — the Skies opened and the Rain slid down—

The rain never catches them without warning. Either as it gathers, the cranes fly up out of the valleys; or a calf looks up at the sky and sniffs the wind with wide nostrils; or the shrill swallow flies round and round the lake and the frogs chant their old grievance in the mud; …

…then with her deep voice the raven summons the rain, evil and alone she paces the dry sand.

To submit a text or image to this ever changing collection of weather, please contact the editor of RE.

In search of joy

'Take a little walk to the edge of town'