The 340B Drug Pricing Program (340B Program) requires drug manufacturers to provide discounts on outpatient drugs in order to have their drugs covered by Medicaid.1 These discounts are in the form of reduced sales prices for participating "covered entities," which include disproportionate share hospitals, critical access hospitals, sole community hospitals, children's hospitals, freestanding cancer hospitals, rural referral centers, and grantee and look-alike federally qualified health centers. The U.S. Department of Health and Human Services' (HHS) Health Resources and Services Administration (HRSA) administers the 340B Program. HRSA describes the 340B Program as enabling "covered entities to stretch scarce federal resources as far as possible, reaching more eligible patients and providing more comprehensive services."2 In the past several years 340B Program drug discounts have been questioned by HHS and the pharmaceutical industry. We discuss herein certain recent developments in the 340B Program.

Several hospital associations and hospitals filed a lawsuit against HHS seeking to block implementation of the 340B Program payment reduction. The U.S. District Court for the District of Columbia and later the U.S. Court of Appeals for the District of Columbia Circuit dismissed the lawsuit on jurisdictional grounds because none of the plaintiffs had presented a claim at the reduced payment rate at the time the complaint was filed.4 The plaintiffs cured the procedural deficiency by filing claims that had progressed through the appeals process and refiled their lawsuit in the U.S. District Court for the District of Columbia. In a December 2018 decision, the court ruled that HHS, in decreasing 340B Program payment rates from ASP+6% to ASP-22.5%, had exceeded its statutory authority and granted the plaintiffs' motion for a permanent injunction to stop enforcement of the payment reduction.5 The court also reinstated 340B Program payment to ASP+6% retroactive to January 2018.

In its CY 2019 OPPS final rule, CMS again included the 340B Program ASP-22.5% payment methodology.6 In May 2019, the U.S. District Court for the District of Columbia again ruled in favor of the plaintiffs, finding that HHS had exceed its statutory authority in reducing 340B Program payment rates.7 The court, however, did not vacate the rulemaking, which would have required the federal government to reimburse hospitals for the difference in 340B Program payment rates, but rather remanded the matter to HHS to determine equitable relief. In a July 31, 2020, decision, a three-judge panel for the U.S. Court of Appeals for the District of Columbia Circuit in a 2-1 decision upheld CMS's CYs 2018 and 2019 OPPS rulemaking lowering 340B Program reimbursement rates.8 The court determined that HHS had not exceeded its statutory authority in implementing the rate reduction, but rather the new payment policy was based on a reasonable interpretation of the Medicare statute. On October 16, 2020, the full U.S. Court of Appeals for the District of Columbia Circuit denied the plaintiffs' request to reconsider the three-judge panel's July 31, 2020, decision.

Congress in the 2010 Patient Protection and Affordable Care Act provided for an administrative dispute resolution (ADR) process for health care providers to take action against pharmaceutical companies for violations of the 340B Program statutory requirements. Under the Obama administration in 2016, HHS issued a proposed rule to establish a binding ADR process. The Trump administration later withdrew the proposed rule. In October 2020, the National Association of Community Health Centers (NACHC) filed a lawsuit in the U.S. District Court for the District of Columbia seeking to compel HHS to implement the ADR process that would enable health centers to take action against the drug companies that have stopped shipping drugs to health centers' contract pharmacies and/or requiring extensive claims data, which actions NACHC claims are a violation of 340B Program statutory requirements. The Office of Management and Budget in a November 17, 2020, posting indicated that a final rule implementing the ADR process is under review. 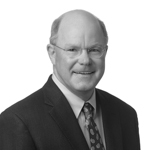