Global law firm Norton Rose Fulbright has advised the Ministry of Finance of Angola on the financing of commercial contracts for the expansion and modernisation of the Port of Namibe in Angola. The multi-tranche credit line of several hundred million US Dollars is provided by Japanese Bank for International Cooperation (JBIC) and other Japanese financial institutions, with support from Nippon Export and Investment Insurance (NEXI). The transaction marks a key milestone in the relationship between Angola and Japan.

Upgrading the Port of Namibe, Angola’s third largest port, is part of Angola’s target to develop the southern part of the country and reduce the time and cost associated with exporting from the region. The Angolan government intends to make the Port one of the most dynamic and competitive in southern Africa, becoming an industrial, logistics and services hub in southern Angola and a benchmark port for that African region. The development will make use of Japanese equipment, construction materials and services and it will be the biggest infrastructure project of its kind for Japanese businesses.

“This transaction represents a further deepening of relations between the Republic of Angola and Japan and another significant achievement for Angola as part of its ambitious National Development Plan. Norton Rose Fulbright has advised Angola for over 40 years and we are delighted to see this progress which demonstrates the investment opportunities in Angola.”

Norton Rose Fulbright has also recently advised the Ministry of Finance of Angola on the financing of commercial contracts for the design, construction and operation of three hospitals and two power substations in Angola, securing UK Export Finance (UKEF) support worth more than US$500m, the first time UKEF, the UK’s export credit agency, has supported projects in Angola, including its first direct loan to the Ministry of Finance in Angola.

Norton Rose Fulbright is a global law firm providing the world’s preeminent corporations and financial institutions with a full business law service. The firm has more than 4,000 lawyers and other legal staff based in Europe, the United States, Canada, Latin America, Asia, Australia, Africa and the Middle East.
Recognized for its industry focus, Norton Rose Fulbright is strong across all the key industry sectors: financial institutions; energy; infrastructure, mining and commodities; transport; technology and innovation; and life sciences and healthcare. Through its global risk advisory group, the firm leverages its industry experience with its knowledge of legal, regulatory, compliance and governance issues to provide clients with practical solutions to the legal and regulatory risks facing their businesses. 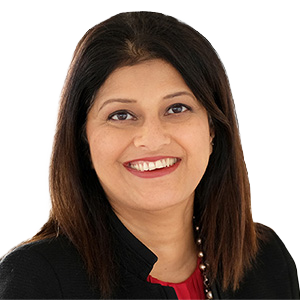