Continued difficulties in the shipping market have shone a spotlight on the precarious finances of many shipowners. This illumination, perhaps unwelcome given sustained pressure on the sector, may yet prove helpful.

In the boom years, high demand led to high charter rates and high vessel prices, and the financings for the hasty surfeit of vessels ordered back then were based on correspondingly bloated asset values and sometimes correspondingly abridged due diligence. Now that bullet repayments are due on many of these loans; lucrative charters at well-above current market rates come to an end and are renegotiated (or simply defaulted on); and years of difficult operating conditions make themselves painfully felt, shipowners are increasingly struggling to make repayments. Many loans enthusiastically signed off during a rising market now haunt lenders.

There is today a stronger case than ever for lenders to put in place effective processes to identify problem loans as soon as possible. Indeed by the time there is a payment default, it is often too late for a lender to see a satisfactory outcome, losing far more than they would have done had they acted earlier. It is of course for this reason that most loan agreements have built in early warning mechanisms such as financial covenants and preferably hair-trigger insolvency and cross-default provisions, but there are even earlier tell-tale signs to watch out for. A solvent, well-run shipping company will make sure crew are paid on time and that a vessel and its class and insurances are properly maintained, and issues concerning any of these should raise a red flag to lenders. More broadly, a keen-eyed lender, attuned to the fundamentals of, and operating conditions in the market sectors in which its collateral vessels are employed, is well placed to respond early and appropriately to any adverse developments.

The appropriate action to take in respect of a problem loan will depend on many factors, including the underlying documentation, the vessel involved, the market conditions and of course just how problematic the loan is. The earlier the problems are spotted and the more co-operative the borrower (and crucially, its other creditors), the greater the chance of a successful restructuring, often the preferable solution and likely to offer the best returns. Enforcement – the nuclear option – brings with it a host of concerns, not least the realizable value of the underlying security; indeed the reason for a ship arrest is almost always directly or indirectly related to the fact the ship’s underlying value has dropped significantly from day-one projections (quite apart from the maritime liens, cargo interests, rights of quiet enjoyment and speed, ease and cost of arrest proceedings which must also be considered). Enforcement over other security, such as assigned contracts or shares, is scarcely less complex.

The threat of enforcement can of course be deployed to focus a borrower’s mind at the negotiating table as it seeks to avoid the negative reputational and commercial repercussions of enforcement steps being taken, including cross-default. But two can play at that game: a savvy borrower may equally threaten to seek bankruptcy protection in a borrower-friendly jurisdiction (particularly by way of Chapter 11 proceedings in the United States), or even put the reputational risk back on the lender in a post-2008 world.

Although the issues raised by problem loans are difficult, risk is inherent in lending and properly managing problem loans is part and parcel of any lender’s function. Now, more than ever, lenders need to understand their businesses’ exposure, their borrowers’ exposure, the market sectors in which their borrowers operate and the types of vessels on which their loans are secured, all the while remaining vigilant and pro-active. While a properly considered postponement of repayments or restructuring may well represent prudent management of a problem loan, kicking the can down the road is likely to result in a destruction of value for the lender, the borrower and the industry as a whole. As Warren Buffet is reputed to have said: “Only when the tide goes out do you discover who's been swimming naked”. The high tide which was carrying many shipowners and their creditors, has for the time being, well and truly receded.

Case Study: Lessons learned from the collapse of Hanjin?

The collapse of Hanjin, one of the world’s largest container lines, has highlighted the many difficulties faced by lenders with exposure to the shipping industry. On February 9 the Seoul Central District Court said that liquidation would return greater value to creditors than any attempt at rehabilitation, particularly given that many of Hanjin’s operations have now been sold, including its Long Beach cargo terminal, in the five months since the company filed for insolvency.

Indeed, within a week of the news that Hanjin had lost the support of its lenders, 79 of its 128 vessels had been seized and arrested by creditors around the world and an estimated half a million containers remained on Hanjin vessels through fear of seizure. Further, ports including those in Shanghai and Xiamen in China, Valencia in Spain and Savannah in the US, blocked access to Hanjin ships because of fears Hanjin would not be able to pay port fees.

The chaos that resulted from Hanjin’s failure to secure lender support led to a string of cross-border law suits against the group and forced Hanjin to seek recognition of its South Korean receivership in a number of key jurisdictions including Australia, Japan and the US. This undoubtedly added further costs and complexity to the receivership process which could have been avoided if Hanjin had had enough funding to cover its immediate operations. Given the large number of creditor claims which have remained outstanding and the uncertainty over debt recovery levels following the company’s recently announced liquidation, many have questioned whether the decision to pull the plug on Hanjin was the best option in the circumstances.

In an address to a South Korean parliamentary hearing, Hanjin’s group chairman argued that the company could have survived if lenders had not halted their support. A number of commentators agree with this argument suggesting that the group’s proposed self-rescue programme (which would have seen a shareholder injection of US$450 million into the company over a two year period) and the implementation of a well-considered restructuring would have allowed Hanjin to survive until rates picked up again. This was the approach taken with one of Hanjin’s competitors, Hyundai Merchant Marine, which is now on a track towards recovery under a creditor-led debt restructuring programme of aggressive asset sales and rights offerings. Though every problem loan has its own unique set of circumstances, many believe that a similar approach with Hanjin could have been beneficial for all parties involved. 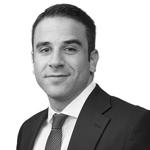