The World Economic Forum has now identified the failure of climate change mitigation and adaption as the most impactful global risk over the next ten years. In 2008, the Garnaut Climate Change Review identified Australia as being particularly exposed to its physical risks. Some might argue these are already being felt: the 2009 heat wave in South Australia; the 2009 Victorian Black Saturday bushfires – the worst in history; and the Queensland Floods in 2010-2011 - the worst flooding experienced in Australia in 30 years.

More recently, Queensland farmers experienced the devastating effects of Cyclone Debbie which resulted in hundreds of millions of dollars in lost crop. In response, joint State and Federal Category B assistance under the Natural Disaster Relief and Recovery Arrangements was activated. This included concessional loans of up to $250,000, essential working capital loans of up to $100,000, and freight subsidies of up to $5,000 for producers in the affected regions.

Not surprisingly then, the Insurance Council of Australia (ICA) (the representative body for the insurance industry in Australia) wants government to develop more effective and sustainable responses to disasters in Australia. It consider insurers to be well-placed to respond as the insurance industry operates as both a risk transfer system and a risk management mechanism, because insurers carry out loss prevention and loss mitigation measures in conducting their business.

Agriculture – the impact of climate change

Agricultural production is closely connected with the weather. Climate change, particularly where it leads to adverse weather events such as droughts or excessive rainfall, can lead to significant volatility and strain on the industry. This volatility makes investing in the agriculture industry high risk.

Insurers are well-placed to leverage off their expertise in loss prevention and loss mitigation in order to support policy-makers and communities to respond to the climate change. In 2011, the ICA released a 10-point plan containing policy and industry initiatives aimed at developing a more effective and sustainable response to disasters in Australia.

The key objectives of the plan relevant to the agriculture industry and crop insurance include:

One of the key policy reforms being proposed is the abolition of insurance taxes. The ICA submits that taxes on insurance serve to discourage the purchase of insurance or selection of the right amount of cover.

Overseas examples - subsidies and crop insurance in the United States

Alternative options include government funded subsidies to incentivize the uptake of crop insurance. In the United States, premiums cost around USD49.5 billion annually and the federal government contributes about 60 per cent of that cost. Farmers pay the balance of the premium. For insurers providing crop insurance, they are guaranteed a 14 per cent return.

However, the federal crop insurance program in the United States is expected to cost USD88 billion between 2017 and 2026. Under the Trump administration, there are proposals on foot to cut USD 28 billion from the program. In releasing its budget, the administration noted:

“The goal of this proposal is to optimize the current crop insurance program so that it will continue to provide a quality safety net at a lower cost.”

It argues that farmers do not need an incentive to participate in crop insurance as it is already an integral part of their business model. It also proposes reducing the cap on the revenue of farms entitled to the subsidy from USD900, 000 to USD500, 000.

Access to finance is critical to the agriculture sector. Financial institutions are now looking to the implementation of risk management strategies to increase access to borrowing by linking financing with the risk management skills of insurers. Risk transfer options, such as crop insurance, are an integral part of helping the industry to reduce financial risks and attract loans thereby increasing investment which in turn leads to higher productivity. If adverse weather conditions result in crop shortage, farmers still have liquidity contingent upon their access to insurance. However, this can only be achieved through timely payments to farmers.

The creation of insurance products which cover the farmer in the event of crop shortage can be used as collateral with the bank. The development of these insurance solutions enables the industry to become more robust and resilient in the face of new and emerging risks. Increased investment in agriculture leads to higher productivity which drives down commodity prices.

However, traditional insurance schemes may not work for the emerging risks facing the agriculture industry. Added to that, many producers require insurance solutions tailored for their specific requirements necessitating a risk assessment on a case-by-case basis. This creates feasibility and affordability issues.

Incentivizing the uptake of crop insurance

Insurance industry participants, particularly those involved in the areas of “emerging risks”, are now developing new products to respond to perils not covered under traditional insurance products (e.g. drought and excessive rainfall). However, there has not been a huge uptake of these products since their release. By 2016, unsubsidized multi-peril crop insurance (MPCI) products in Australia were being purchased by less than 1 per cent of crop farmers.

In response, the Independent Pricing and Regulatory Tribunal (IPART) were asked to evaluate five measures to increase its uptake.  IPART also considered a proposed subsidy for MPCI premiums. It recommended that a subsidy, if introduced, should only be introduced as a temporary measure as it could not find evidence that the low uptake of MPCI was due to a market failure. It also found that the expenditure on an effective subsidy for insurance would be greater than any savings in drought assistance.

IPART considered that a subsidy would be a more effective tool to increase the uptake of MPCI than a stamp duty waiver as it would provide the impetus for people to investigate MCPI and once there is sufficient uptake, it would drive the costs down enabling the Government to phase out the subsidy.

However, in responding to the IPART report, the Government declined to introduce a subsidy scheme. Instead, it announced that it would remove the 2.5 per cent stamp duty on MPCI from 1 January 2018 to make it more affordable for farmers. IPART consider that this measure is unlikely to reduce the costs of the insurance enough to materially increase the uptake of insurance.

One of the disincentives of traditional crop insurance products is the heavy administration burden involved in assessing claims based on crop shortages. As the agriculture sector is easily disrupted by adverse weather conditions, farmers are significantly at risk when required to run at a reduced capacity leading to higher operating costs and financial loss.

In some places, the industry is now looking to index-based weather derivatives which cut the administrative burden and ensure prompt payout after a loss as there is no additional proof of loss or farm visits required to assess the crop.

Index-based solutions require comparatively minimal administration and high efficiency. They can be structured and tailored in a way to meet the specific demands of various states. Claims under weather index-based covers are settled in accordance with pre-agreed payout calculations that depend on one or several triggers.

Crop insurance can also be based on other satellite data such as the normalised difference vegetation index (NDVI) that measures the chlorophyll content of the crop. Insurance payouts are made if during the insurance period the actual NDVI value falls below a predefined threshold value enabling timely payments and avoiding the cumbersome loss assessment required in assessing losses in traditional crop insurance products.

Australia is prone to natural disasters and catastrophes such as flooding, bushfires and severe storms. Ensuring that there is appropriate insurance protection in place is critical to a resilient agriculture business. This is particularly crucial to encouraging investment in, and therefore the ongoing health of, the industry. Absent government funding, farmers need to consider how insurance and other risk transfer strategies can reduce their exposure to the growing risk of climate change.

This has already been achieved through the implementation of the Insurance Contracts Amendment Act 2012 which came into force on 15 April 2012. 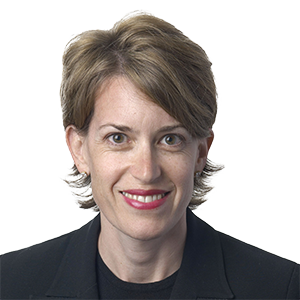