The claimant, an Italian pension fund, claimed losses arising from the automatic early termination of a put option under a 1992 ISDA Master Agreement, triggered by the collapse of Lehman Brothers in September 2008. The claimant had invested in a structured product devised by Lehman – specifically in notes issued by ARIC, an SPV, the proceeds of which were indirectly invested in various hedge funds. The claimant also secured capital protection for the investment via the put option granted by Lehman.

Following the collapse of Lehman, the claimant sought to obtain substitute capital protection, which it eventually secured from Credit Suisse in May 2009, albeit on terms which were different in a number of respects.

The Agreement provided that upon early automatic termination, the non-defaulting party’s (i.e. ARIC’s) Loss would be payable – ‘Loss’ was defined as the ‘amount that party reasonably determines in good faith to be its total losses and costs’. Further, the Agreement provided that the party “will determine its Loss as of the relevant Early Termination Date or, if that is not reasonably practicable, as of the earliest date thereafter as is reasonably practicable. A party may (but need not determine its Loss by reference to quotations of relevant rates or prices from one or more leading dealers in the relevant markets.”

ARIC calculated its Loss as a result of the early termination by reference to the cost of the replacement transaction obtained by the claimant, serving its calculation statement in September 2009. It subsequently assigned the claim to the claimant.

The question for the court was as to the correct calculation of Loss as a result of the early termination. The claimant’s claim was calculated at in excess of $61 million, whereas Lehman contended that it was owed over $42 million.

Lehman argued that the claimant’s alleged loss had not been calculated in accordance with the terms of the agreement on various grounds including: that May 2009 was not the earliest reasonably practicable date at which loss could have been determined; the Credit Suisse option was wholly different to the original put option such that its price should not be used to ascertain the loss of bargain; the date of the calculation statement of 16 September 2009 was not ‘as soon as reasonably practicable following the occurrence of the ‘early termination date’.

David Richards J concluded that the claimant’s loss had been validly calculated in accordance with the terms of the ISDA Master Agreement and that accordingly, the claimant was entitled to judgment on its claim. Although the calculation statement ought to have been provided earlier than September 2009, this did not affect the validity of the calculation of loss.

The Judge confirmed that in assessing whether a non-defaulting party has ‘reasonably determined’ its loss, that party is not required to comply with an objective standard of care as in a negligence claim, but rather, ‘must not arrive at a determination which no reasonable non-defaulting party could come to’. In other words, this is essentially a ‘Wednesbury unreasonableness’ test, which will be determined on the facts of the case.

In addition, he found that ARIC was entitled to calculate its loss by reference to the cost of the replacement put option granted to the claimant by Credit Suisse. Moreover, the Judge took the view that loss of bargain was better ascertained by references to quotations from the market than by financial models, notwithstanding that the quotations were on different terms to the original transaction.

Finally, the Judge rejected the assertion that the quotation had not been obtained at the earliest ‘reasonably practicable’ date. David Richards J drew a distinction between ‘reasonably practicable’ and ‘possible’, and that to ascertain the former requires consideration of all the circumstances including those which are particular to the person who is required to act (although he doubted that the distinction would have made much difference in this case). Given the extensive effects of the collapse of Lehman, it had not been reasonably practicable for a replacement transaction to have been entered into prior to the end of 2008 – and even if it had been practical to obtain quotations prior to May 2009 it would have made no difference to the price of a replacement transaction.

The decision is of interest in relation to the question of calculation of losses under a 1992 ISDA Master Agreement in a numbers of respects - in particular, the confirmation of a Wednesbury test to determine whether Loss has been reasonably determined.

Also of note is the Judge’s conclusion that where the parties contract on the basis that payment is measured by reference to the definition of ‘Market Quotation’ rather than ‘Loss’ (it was agreed that the two are intended to arrive at broadly the same result), the basis of calculation was not as Lehman contended. The ‘Market Quotations’ definition requires the replacement transaction to preserve the ‘economic equivalent of any payment or delivery’, not the ‘economic equivalent of the covenant under the terminated transaction to make payment or delivery. In other words, the focus was on the payment to be made under the terminated transaction, not on the prospects of performance by the counter-party. 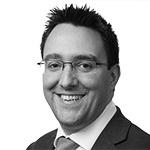