Until relatively recently, Brexit seemed remote and distant. Even now, there is still great uncertainty as to its form and implications, not least for rail. From a legal perspective, absent the Article 50 notification being withdrawn or the Article 50 notification period being extended (which would require the agreement of all 27 remaining EU member states), the UK remains on course to leave the EU on 29 March 2019. There has been plenty of commentary (much of it speculative) on the consequences of Brexit for the Rail sector, but with the Government yet to propose its “Plan B”, there is little information on which to build a meaningful view.

At a general level, Brexit may adversely affect the UK economy. A general consensus has emerged as to the broad areas of concern for the rail sector arising from Brexit, even if the solutions are less clear. As a starting point, Brexit may affect working visa arrangements for the substantial non-UK rail workforce, which could cause a skills gap as major projects such as HS2 approach. In financing terms, low borrowing costs have meant competitive pricing for rolling stock but many believe that this is not sustainable and that costs will increase as Brexit approaches, which may affect the entire supply chain. With debt financing less prevalent in rail, alternative sources of finance have come to market, attracted by the prospect of relatively stable, long-term income streams. Alongside Brexit, however, market participants will be concerned by recent problems affecting the UK rail sector, the anticipation of the “root and branch review” to be undertaken by Keith Williams and the resulting uncertainty. At times of uncertainty, major projects tend to be paused or delayed (see the HS2 hybrid bill and its civil works programme) or cancelled altogether (see the Cross Country franchise re-letting competition) and, although the Government has stated that it will press on with its intended programme of investment (£48 billion over the next 5 years) while the Williams review is taking place, further delays are inevitable as the recommendations of the review are digested and implemented, none of which will help investor confidence.

A key question is whether, following Brexit, UK-incorporated train operating companies (TOCs) will be able to participate in European franchise tender processes. In November 2018, the UK reached an agreement to accede to the Government Procurement Agreement (GPA) post-Brexit as an independent member (the UK’s participation in the GPA is currently tied to its EU membership). This is a significant development for the UK rail industry – accession means that most publicly-tendered contracts must be open to companies from the other 19 GPA economies (which includes the EU as one member, as well as other developed economies such as the US, Canada, Japan and Switzerland). Conversely, UK companies will retain the ability to tender for public contracts in other GPA countries, even in a ‘no deal’ scenario. We therefore envisage that the ability of EU/EEA TOCs to tender for rail franchises in the UK would be virtually unchanged immediately post-Brexit, irrespective of the model adopted.

What remains less clear for the time being is the extent to which over time there might be changes to the substantive rules governing those tender processes. Whilst GPA membership brings with it certain substantive procurement rules – such as how tender processes are conducted and how a contract award might be challenged – the requirements are less prescriptive than existing UK procurement rules which derive from EU legislation. Whilst EU procurement rules will be retained in UK law on ‘day one’ of Brexit, there might well be a bonfire of regulations over time in a ‘no deal’ scenario. If so, it would not be surprising to see an eventual loosening or perhaps even a removal of EU-derived rules relating to utilities procurement (which often apply to privately-owned TOCs) and the award of rail franchises and concessions.

The broader effect of Brexit on the franchising system remains to be seen, particularly given the imminent Williams review. The current EU law restriction on franchise length will no longer apply, which could pave the way for longer franchises as an adjunct to closer integration between track and train, although previous reviews have concluded that longer franchises are not appropriate. Equally, the climate of uncertainty could result in TOCs submitting less innovative and more conservative bids or seeking additional protections, none of which will be welcomed by DfT.

What about the impact of Brexit on the UK’s rail regulatory regime? Much economic and safety regulation in UK derives from the EU and is designed to work for all European rail networks. Post-Brexit, ORR could in theory seek to modify the regulatory framework better to suit the GB rail network. An example is the framework for access charging. Under current EU requirements, ORR must apply the ‘economic equilibrium’ test in assessing track access applications by non-franchised operators. This involves balancing the passenger benefits from any new service against the financial impact for the existing franchise operator. EU access charges rules also provide that charges must not be ‘discriminatory’ even where there is an objective justification. Absent these restrictions, more could be done to facilitate services by ‘open access’ operators.

Despite the benefits they generate, open access operators currently account for less than one per cent of passenger miles in Great Britain. In recent years, ORR has made repeated attempts to encourage more open access as a means to secure a better deal for passengers through promoting competition with franchised operators. In December 2018, ORR announced plans to introduce further changes to promote open access operations where these are capable of generating sustainable benefits for passengers. The changes, which will be introduced in April 2019, will allow new open access operators that propose to run certain services, and existing operators that substantially modify their services, to make a greater contribution to the costs of running the railway. Currently, open access operators pay far less than franchised operators, although they tend to find it hard to secure paths because of capacity constraints. ORR proposes to increase the costs for open access operators but also to amend its access policy to increase the likelihood that services incurring the new charge will be granted access rights. ORR also plans to develop a framework for monitoring the impact of, and response to, open access to ensure operators face fair market conditions. This framework, which it describes as an ‘early warning system’, is designed to enable ORR to be a more proactive competition regulator and should send a clear signal to franchised operators that they must act fairly towards their rivals.

It remains to be seen how much this new policy will increase open access operator passenger miles. Setting aside the capacity constraints on the network, experience suggests that the constraints imposed by the current EU framework mean any gains for open access are likely to be marginal at best. But post-Brexit, ORR could adopt a different approach to promoting competition, for example offering open access operators time-limited discounts on charges while they seek to establish a foothold in the market. Changes will not happen quickly however, because ORR will need to balance its duties to promote competition and ensure efficient use of the railway with its duty to protect the needs of funders. Given this difficult balancing act, we expect ORR will refrain from making any significant changes to the access charging rules until the next periodic review so that changes can be assessed in the round.

Brexit may affect the technical standards, interoperability and safety standards that apply to the GB rail sector. Many commentators feel that, although it could be done post-Brexit, the cost and complexity involved in diverging from current EU law standards would be prohibitive. However, the Transport Secretary indicated in November 2018 that he sees “absolutely no reason” to follow EU rail standards after Brexit, pointing out that rolling stock manufacturers have sufficient experience in creating bespoke rolling stock. Many will welcome Brexit as an opportunity to develop specific UK standards. Others will point to the likelihood of increased rolling stock costs arising from this divergence in standards, which may not be so popular. From a safety perspective, Britain has one of the safest railways in the EU with a firm commitment towards continual improvement in terms of protecting the health and safety needs of passengers and workers.  RSSB has indicated that legal requirements promoting common safety and technical principles across EU railways will need to be met by UK companies whether or not a deal is agreed.

Finally, the imposition of customs checks at the Channel Tunnel will affect the rail freight transport industry and there remains a threat that congestion and delays will result. Rolling stock manufacturers may also be affected if new rolling stock or parts are held up for customs clearance prior to delivery into the UK. If import duties are applied on rolling stock and parts imported from the EU to the UK, the cost of rolling stock supplied into the UK may increase. It may be that manufacturers find themselves incentivised to increase their UK production in order to remain competitive in the UK market.

Clearly then the UK rail industry faces a period of significant potential change, arising from the interdependent combination of Brexit and the Williams review. The reality is that we will have to wait and see what form Brexit eventually takes before firm conclusions can be reached. 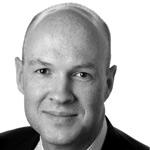 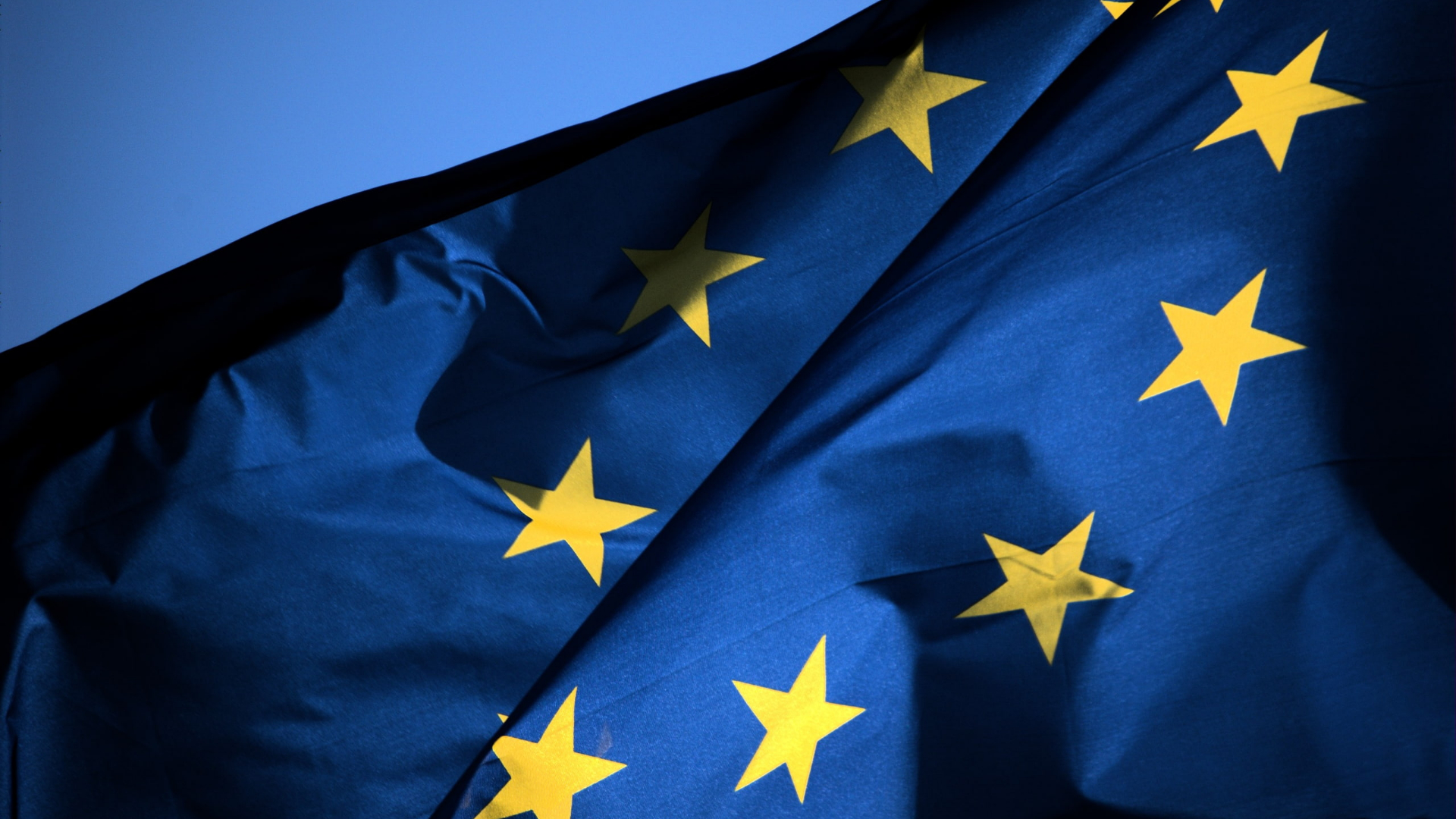