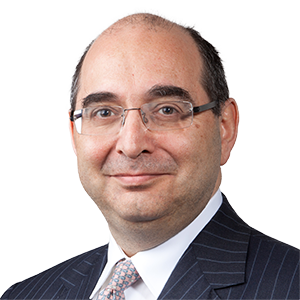 Simon Lew is an asset finance lawyer based in London.

His practice covers the broad range of asset classes - ships, offshore oil and gas assets, rolling stock, aircraft and other plant and machinery. He is known for his proficiency in structured asset finance, including cross border tax and non-tax based leasing, secured debt financings using a combination of asset and project finance techniques, defeasance, lease securitisations, loan and lease portfolio sales and covered bond transactions. His clients in recent years have included a wide range of major financial institutions, as well as shipowners, rail companies and major aerospace corporations.

Simon read law at Cambridge University and qualified in 1989. He joined us in 2012 from the London office of another major law firm where he had been a partner for 16 years (latterly leading their ship finance practice). He is regularly cited as a leading individual in asset finance in Chambers & Partners, with the Chambers UK 2014 edition noting the high praise he receives throughout the market and citing one client comment that “he knows exactly which points we could be commercial on and which were deal breakers”.