Mediation is a flexible dispute resolution process, whereby a neutral, third party mediator helps guide the parties in a dispute towards their own resolution. The process is quick (typically lasting one or two days), cheap (relative to formal proceedings) and often amicable (as the aim is to find a mutually acceptable solution). When a mediation is successful, the parties record the terms of their settlement in a settlement agreement.

The Centre for Effective Dispute Resolution (CEDR) recently reported that the overall success rate of mediation remains high, with UK mediators reporting that 74 percent of cases achieved settlement on the day of mediation, with a further 15 percent settling shortly after. This results in an aggregate settlement rate of 89 percent. CEDR estimates that businesses save around £3 billion a year through mediation, by avoiding wasted management time, damaged relationships, lost productivity and legal fees.1

Mediation often works, but there has been a concern that the use of mediation to resolve international disputes has been hampered by the lack of an efficient process of enforcement. If, following a successful mediation, a party does not comply with its obligations, the other party must enforce the terms of the settlement agreement through the dispute resolution procedure in the settlement agreement.

For international parties, with assets located in different jurisdictions, this process can be complicated, lengthy and expensive. Requiring the need to embark on such a process undermines the fundamental benefits of mediation.

The United Nations Convention on International Settlement Agreements Resulting from Mediation2 , which is to be known as the Singapore Convention on Mediation, aims to be the solution to this issue.

The Singapore Convention establishes a method for enforcing settlement agreements relating to commercial disputes, between international parties, resulting from a mediation. It allows parties to directly enforce the terms of such a settlement agreement in the courts of a signatory State.

Along with granting parties the ability to expressly opt-out of its provisions, the Singapore Convention contains certain grounds for resisting enforcement. These grounds are, however, limited and it is expected that it will be difficult to resist enforcement. Of course, how local courts approach these grounds in practice remains to be seen.

46 States signed the Singapore Convention at the signing ceremony on August 7, 2019 (including India, Singapore, China and the United States), which is the highest number of first-day signatories of a UN trade convention. It will come into force six months after it has been ratified by at least three member states.

Interestingly, the United Kingdom and the European Union have not yet signed. The Singapore Minister for Law explained that the reason for the European Union not signing was because it needs to determine whether it has to sign the treaty as a whole, or if its member states should sign it individually. Given the ongoing Brexit discussions, it is likely that the United Kingdom will wait until after the Brexit arrangements are finalised before considering signing. 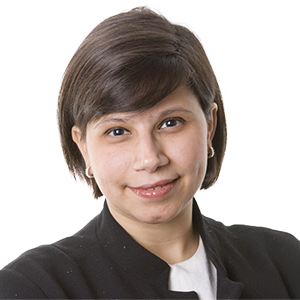