The Singapore Ministry of Law recognises that many commercial parties choose to arbitrate in Singapore, despite having no connection with Singapore whether by way of the performance of the contract or domicile of the contracting parties. Indeed in 2015, the Singapore International Arbitration Centre (SIAC) received 271 new cases from parties from 55 jurisdictions, with an aggregate sum in dispute of US$6.23 billion (the highest single claim being US$2.03 billion).1

Third party funding is increasingly used in international commercial arbitration in other major arbitral seats such as London, Paris and Geneva. Commercial parties often bear the high cost of pursuing large monetary claims in international arbitrations in the course of such proceedings. It is only at the conclusion of arbitration proceedings, which can be long-drawn, that parties can recover a portion of their costs (assuming they are successful in the arbitration).

Third party funding is the funding of proceedings by an unconnected entity to a dispute to a party, typically the claimant, in return for financial gain, such as a share of the damages awarded or a share of the settlement sum. This means that commercial parties can pursue their claims and not have to immediately bear the costs of bringing such claims. Third party funding may also cover pre-action costs in e.g. obtaining advice before deciding whether to commence arbitration proceedings.

As with other common law jurisdictions, Singapore law generally restricts third party funding of proceedings. This restriction operates through legislation and the common law torts of champerty and maintenance. Maintenance is an officious intermeddling in litigation. Champerty is a particular form of maintenance where one party agrees to aid another to bring a claim in exchange for a share of what is recovered in the action. Both doctrines date back to medieval England, and the criminal and tortious liabilities for champerty and maintenance have since been abolished under English law in 1967 and parts of Australia from 19692.

In introducing the Civil Law (Amendment) Bill 2016 and the Civil Law (Third Party Funding) Regulations 2016, the Ministry of Law acknowledges that commercial parties in international arbitrations require flexibility in how they fund the resolution of their disputes, and that such options are crucial to enhance Singapore’s growth as a leading international arbitration seat.

In summary, the proposed legislative amendments will enact a framework for third party funding as follows.

Interestingly, the proposed Bill and Regulations do not appear to address two issues:

The introduction of third party funding in international arbitration in Singapore as well as related mediation proceedings takes into account the use of multi-tiered dispute resolution clauses where mediation usually precedes the commencement of arbitration, and the recent introduction of the new “Arb-Med-Arb” protocol promulgated jointly by the SIAC and Singapore International Mediation Centre.

The abolishment of the common law torts of champerty and maintenance is expected to pave the way for future legislative amendments to allow for contingency fee arrangements (CFAs) in international arbitrations and mediations in Singapore. CFAs are arrangements where the lawyer’s eventual remuneration directly depends on the outcome of the case. CFAs are currently permitted for non-contentious work in Singapore. An ad hoc committee of the Council of the Law Society of Singapore appointed in 2014 considered that lawyers should be allowed to enter into CFAs for contentious work, specifically in international arbitration and mediations, with a limit on the success fee to be imposed by way of legislation.4

SIAC has released the 6th edition of their Arbitration Rules (“SIAC Rules 2016”). The SIAC Rules 2016 come into effect on 1 August 2016 and apply to any arbitration commenced on or after that date (unless otherwise agreed by the parties). Our team was involved in the consultative process behind the new Rules. The key highlight of the new SIAC Rules 2016 is detailed rules addressing multiple parties and multiple contracts, which were not present in the previous edition of the Rules.

By way of summary, some of the top features of the SIAC Rules 2016 include:

A party may now apply to the SIAC Court of Arbitration to consolidate multiple arbitrations prior to the constitution of any tribunal, without prejudicing its right to be involved in the appointment of the arbitrators. If a consolidation application is made after the constitution of a tribunal, then it will be the tribunal who determines the application, in conjunction with the Registrar of SIAC.

A party may now apply to the tribunal for an early dismissal of a claim or defence if the claim or defence is manifestly (i) without legal merit; or (ii) outside the jurisdiction of the tribunal. The SIAC is the first amongst the major commercial arbitration centres to adopt such a provision.

From 1969 to 2002, Victoria, South Australia, New South Wales and the Australian Capital Territory abolished the common law criminal and tortious liabilities for champerty and maintenance. The Australian states of Queensland, Western Australia and Tasmania still retain the traditional common law position towards maintenance and champerty.

Proposal of the Sub-committee on Contingency Fees, Law Gazette 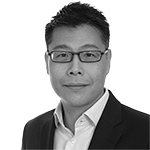 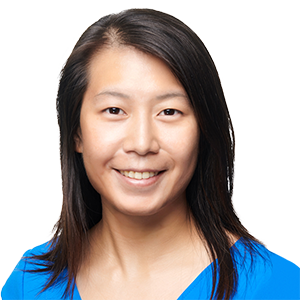