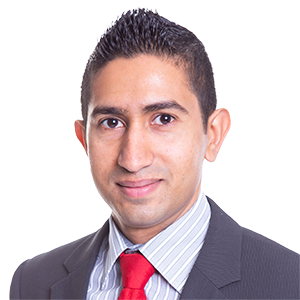 Ugendran is a director working in the Corporate, Mergers and Acquisitions Team in Durban. He joined the practice as a candidate attorney in 2014 and was appointed as an associate in our Durban commercial team in January 2016.

During his articles, Ugendran completed rotations in the firm's Dispute Resolution & Litigation and Admiralty & Shipping departments before joining the Corporate, Mergers and Acquisitions Team.

He has been involved in mergers and acquisitions of both listed and non-listed companies and has undertaken a wide variety of corporate and commercial work for a variety of clients.  He forms part of the BEE team, which specialises in empowerment deals and provides corporate structuring and general BEE advice to clients.  Ugendran also works very closely with the Admiralty and Shipping department, particularly in relation to Ports and Logistics related work.

Ugendran has a Bachelor of Commerce (majors in economics and law) and an LLB from the University of KwaZulu-Natal and is admitted as both an Attorney and Notary Public of the High Court of South Africa.  He is also an Empowerdex-accredited Certified Empowerment Technician.