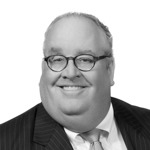 Mr. Kuhn is a frequent lecturer on public finance topics throughout the State of Texas. He is a member of the State Bar of Texas, the American Bar Association and the National Association of Bond Lawyers. Mr. Kuhn has been twice (2010 and 2012) recognized by BTI Consulting Group as one of their Client Service All-Stars for delivering exceptional client service. This award is the only attorney ranking driven solely by feedback from corporate counsel clients. Lastly, Mr. Kuhn was inducted on October 27, 2010 as a Fellow in the American College of Bond Counsel. This organization was formed in 1995 for "the purpose of recognizing lawyers who have established reputations among their peers for their skill, experience and high standards of professional and ethical conduct in the practice of bond law."  Mr. Kuhn has recently been appointed to serve on the Nominating Committee for prospective candidates for admission to the American College of Bond Counsel.

Jeff has been married for 37 years to his high school sweetheart (Shelley Nichols Kuhn) who teaches in the San Antonio Independent School District and they have one daughter, Whitney Nichols Kuhn, who currently resides in Houston, Texas.

He was admitted to practice law in Texas in 1986.