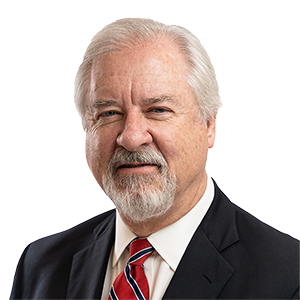 A partner in the Houston office, David has served as the firm's Head of Compliance, United States, since 2014.  In that role, he oversees the work of Norton Rose Fulbright US LLP's team of compliance lawyers and analysts, coordinating their efforts with Norton Rose Fulbright's compliance teams in the United Kingdom, South Africa, Australia and Canada.  David previously served as lead counsel in a wide range of litigation matters in the realms of energy, Constitutional law, and lawyer ethics and malpractice claims.  He continues to advise Norton Rose Fulbright's energy clients from time to time, chiefly in the realm of pipeline operations, including projects that involve Federally-funded ship channel and harbor projects.

In recent years, David has led internal corporate investigations related to alleged dealings with sanctioned countries, foreign corrupt practices, and breaches of fiduciary or other legal duties by officers and directors.  In those contexts, he has represented clients in dealings with both federal and state prosecutors.  David has represented midstream, downstream, oilfield services, and other energy clients in cases involving claims of breach of contract, tortious interference, fraud, conversion, white collar crime, class actions and shareholder derivative cases under both the Texas and Federal rules, intellectual property issues (including patent, copyright, trademark, trade secret and unfair competition), wrongful death, environmental and toxic tort claims, and eminent domain proceedings.

David's interests in Constitutional law have led to the handling of claims arising out of the First Amendment's Free Speech, Free Association and Free Exercise clauses; the Interstate Compact clause; the Takings Clause; and the Supremacy Clause.

In 1986, David received his J.D. from the Boalt Hall School of Law at the University of California at Berkeley.  In law school, David was a member of the Ecology Law Quarterly and a research assistant to future Ninth Circuit Judge John T. Noonan, Jr.  Before attending law school, David held significant positions of responsibility and provided consulting services to several postsecondary institutions, including the George Peabody College for Teachers, Vanderbilt University, and the College of the San Francisco Art Institute.

In 1998, David attended the A. A. White Dispute Resolution Seminar and became a qualified mediator in the State of Texas.

David has addressed both public and industry groups on legal issues arising out of the Free Speech, Free Association, Free Exercise and Establishment Clauses of the First Amendment. He also has made presentations on behalf of the Texas Energy Coalition on issues related to oil and gas law in Texas, eminent domain law in various states, and proposed Federal legislation affecting the pipeline industry.

David is a member of the Houston and American Bar Associations; the Association of Professional Responsibility Lawyers; Defense Research Institute; the Texas Association of Defense Counsel; and the Supreme Court Historical Society. He has served as an adjunct professor of legal writing at the University of Houston Law School.

David has represented clients in both state and federal courts throughout Texas, and he has appeared pro hac vice in a variety of matters outside Texas, including California, Kansas, Ohio, New York and West Virginia. He is admitted to practice before the U.S. Supreme Court, the U.S. Court of Appeals for the Fifth Circuit and the Southern, Eastern and Western District Courts of Texas.

A deacon at South Main Baptist Church in Houston's Mid-Town, David chaired the historic church's diaconate from 2009 through 2011. He has also served as chairman of the church's personnel committee, missions committee, and the task force that oversaw the construction of a new Youth Center.  He regularly teaches in adult Sunday School classes and recently made his first foray into teaching teenagers.

David's civic involvement has also included service on the Coordinating Council of the Cooperative Baptist Fellowship of Texas and as an officer and director for the Emergency Aid Coalition, a not-for-profit corporation assisting families in crisis in central Houston. Along with his wife and family, he continues to volunteer regularly with the EAC.

In service to the legal profession and the community, David has handled a variety of pro bono matters, including the provision of legal advice to several charitable organizations and service as trial counsel for a disabled Vietnam veteran's due process claim against the U. S. Department of Veterans Affairs.